Why the EBacc will divide society

Over 100,000 children a year will lose the chance to study the arts when the EBacc becomes compulsory in schools, and the least privileged will lose out most. Is this a conspiracy or a cock-up, asks Liz Hill. 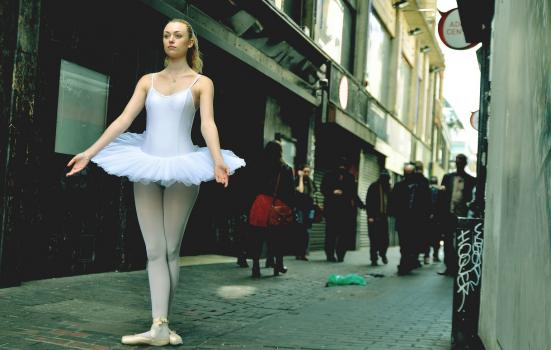 When the new Culture Secretary Matt Hancock told us last year that “most pupils take nine subjects at GCSE – rising to ten for the most able – leaving ample room for pupils to study a number of arts subjects alongside the EBacc” we now know that the ‘most’ he was referring to were the richer, cleverer pupils.

What he failed to mention was the shocking statistic that well over 100,000 children – almost a quarter of all students – currently take only seven or fewer GCSEs. They will therefore lose the opportunity to study any subject beyond the EBacc’s narrow diet of academic subjects as the government rolls out its plans to make the EBacc compulsory for state schools.

What my analysis has also revealed, and is more shocking still, is that the majority of those who will lose the chance to study a broader curriculum either live in England’s more deprived postcodes, or are lower achieving students, or both.

Not for them GCSEs in music, art, religious studies, drama, physical education, dance, economics or psychology. They have failed to win the postcode lottery that will determine whether they are deemed worthy to be trusted with such potentially life-affirming learning opportunities.

The figures show that those from the least affluent homes are already significantly less likely than others to study drama, dance or music at GCSE

The EBacc is now feeling like a blunt instrument of social engineering.

At a time when creativity, teamwork, adaptability, critical thinking, communication and innovation have been recognised by educators, employers and government as fundamental building blocks for success in society and the workplace in the 21st century, England’s education policy is poised to permit only the brightest and wealthiest to access the creative subjects that will enable them to thrive in this brave new world.

The EBacc will cement the advantage of the most privileged over the least. Feeding the disadvantaged a restricted diet of traditional academic subjects that emphasise knowledge over skills will ensure that England remains a divided nation.

Tragically, the EBacc will be made compulsory just at the point when the Social Mobility Commission is warning that “Britain’s deep social mobility problem, for this generation of young people in particular, is getting worse not better”. The EBacc will prove to be yet another barrier to advancement placed firmly in the way of Theresa May’s ‘just about managing’ families – not to mention the ‘not managing at all’. 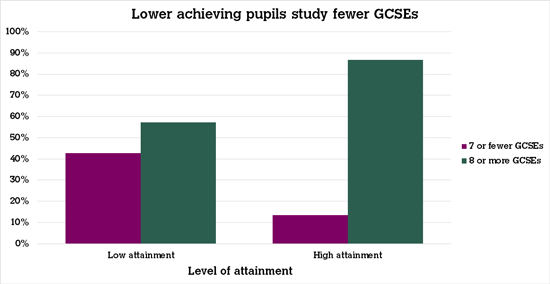 Arts for the middle classes

The world has recently woken up to the fact that the successors of Oscar-tipped Gary Oldman – the product of a state education in south east London – are becoming less likely to forge careers in the arts than the likes of Eton-educated Damian Lewis and Eddie Redmayne, and that drama schools are becoming “the preserve of the posh”.

That careers in the performing arts are becoming a middle-class enclave is widely attributed to low pay, meaning young people whose parents aren’t able to give them financial support will find it nigh-on impossible to break into the industry. But it’s now clear that the rot sets in much earlier. The figures show that those from the least affluent homes are already significantly less likely than others to study drama, dance or music at GCSE, and the compulsory EBacc is about to deepen this divide.

It would be nice to think that the Government’s failure to identify the impact of the compulsory EBacc on less privileged children is a cock-up rather than a conspiracy.
But when they claim that “the EBacc, while comprehensive, still enables pupils to continue to study additional subjects that reflect their individual interests and strengths,” and Schools Minister Nick Gibb says there is “plenty of time available in a student’s timetable to cover EBacc combinations and leave time to study other subjects” it’s not clear whether they are lying or have simply been misinformed.

The influential report ‘The Two Cultures: Do schools have to choose between the EBacc and the arts?’, published by the New Schools Network (NSN), has a lot to answer for in that respect. In the report, NSN Director Toby Young – yes, THAT Toby Young – says “children shouldn’t be forced to choose between an academic education and an arts education and this report proves they don’t have to”.

But the report proved nothing. Analysis by ArtsProfessional revealed that the research was an object lesson in omission and obfuscation, and now it’s clearer than ever that less privileged children will be forced into an academic education and won’t even get to study other subjects they may excel in.

Is it too much to hope that this new and indisputable evidence of the unfair and divisive impact of the EBacc will finally halt the seemingly unstoppable EBacc train in its tracks?

Despite falling over themselves to reassure doubters that “the Government is committed to ensuring that high-quality arts education is the entitlement of every single child,” both Gibb and Hancock must have heaved a sigh of relief when the NSN report claimed to have put to bed the argument that the EBacc is squeezing the arts out of the curriculum. They were quick to endorse its findings, telling readers in the report’s foreword that the arts are valuable because “music complements maths; drama complements English; and the study of art complements history”. No mention of them having any value in their own right. And neither minister has ever done anything to support their inclusion in the EBacc.

This is as disappointing from Hancock as it is unsurprising from Gibb, who appears to harbour an evangelical belief in the EBacc as a cure-all for the country’s educational inequalities, and views arts subjects as an expendable casualty along the way. In 2015 he said: “To those who criticise our focus on academic subjects, or suggest that the EBacc is a Gradgrindian anachronism, I have a simple question: would you want your child to be denied the opportunity to study a science, history or geography, and a foreign language?”

The answer is just as simple: No, but I don’t want them to be denied the opportunity to study the arts either.

Is it too much to hope that this new and indisputable evidence of the unfair and divisive impact of the EBacc will finally halt the seemingly unstoppable EBacc train in its tracks? Sadly, I suspect it is.

‘They can study the arts after school’ some will cry – as if the arts are a hobby and a waste of valuable curriculum time for anyone with a low IQ or a poor parent.

‘They get the option of taking more than seven GCSEs’, others will say – ignoring the monumental effort that less able students must already make to achieve even seven. And don’t expect us to believe that schools will be able to afford the extra resources for almost a quarter of the school population to study more GCSEs. Where exactly will the money come from when school budgets are already stretched to their limits?

But if politicians are as good as their word (ha!), we have every reason to expect there will be a change of course.

At a Creative Industries Federation event last week, Shadow Culture Secretary and Deputy Labour Leader Tom Watson told the assembled throng of arts and creative professionals: “It’s so important that roles on stage and on screen, and behind the scene – directors, producers, designers, creators, technicians – are not dominated by narrow sets of people from well-off backgrounds… I know you’ll agree with me that the fantastic career opportunities [your sector] can provide should be accessible to everyone, no matter where they come from or what they look like.”

Not to be outdone, up stepped Culture Secretary Hancock – in his new post for all of 24 hours – making this pledge: “I am committing right now to this… to working towards a country and a society where opportunity is equal, wherever anybody comes from.”

So, Matt, now that you actually know what the impact of the compulsory EBacc will be, what are you going to do about it? The hundreds of thousands of young people who will be denied access to the arts when they come to choose their GCSEs will be even more interested in your reply than I am.

As for you, Tom Watson and Shadow Education Secretary Angela Rayner, you talk about equality of opportunity, so can we pin our hopes on you to challenge the damaging trajectory of the compulsory EBacc? You’re in opposition, so get out there and oppose – even if only because it’s in your voting heartlands where young people’s opportunities will be restricted the most.

Liz Hill is Director and Consultant Editor of ArtsProfessional.
www.artsprofessional.co.uk

EXCLUSIVE: EBacc would exclude 133,000 pupils from the arts
Government to force schools to conform on ‘pointless’ and ‘short-termist’ EBacc
Misleading analysis underpins report finding arts GCSEs unaffected by EBacc
Schools Minister makes “no apology” for sidelining the arts
Arts GCSE entries at their lowest for a decade
Fresh call to prioritise arts and sciences in curriculum
Academic warns of crisis in arts education