Arts GCSE entries at their lowest for a decade 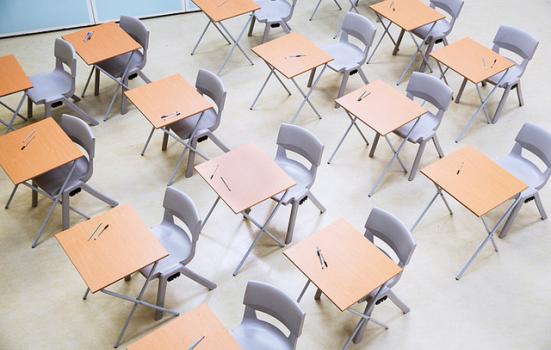 Entries into arts subject at GCSE in 2016 were the lowest for a decade, a new paper has concluded. Both the average number of arts entries per pupil and the proportion of pupils taking at least one arts subject are at their lowest since 2007.

The independent research by the Education Policy Institute (EPI), funded by Arts Council England and the City of London Corporation, aimed to “provide clarity” on the debate about the English Baccalaureate (EBacc).

It echoes the findings of a study by Norwich University of Arts earlier this month, concluding it is “likely” the EBacc is putting pressure on arts subjects “by limiting the number of option subject slots”.

The findings contradict figures relied upon by the Department for Education (DfE) and quoted by Ministers, which are based on research conducted by the DfE-funded New Schools Network.

A DfE pokesperson told AP: “The EPI report presents different findings because it takes different subject groupings and qualifications into account in its calculations.”

They continued: “The arts are a crucial component of a broad and balanced curriculum and we will continue to direct funding to ensure arts and music remain available to all pupils.”

Campaigners have seized on the new report, calling on Government to reconsider the controversial policy which is intended to ensure that 90% of pupils study the full suite of EBacc subjects at school – none of which are arts subjects – by 2025.

“This is a timely, independent, rigorous and important contribution to the EBacc debate and should be read carefully by the Secretary of State for Education and all those in Government,” said Henry Vann, Head of External Affairs at the Incorporated Society of Musicians.

He continued: “It is highly likely that 2017’s recently published GCSE results will show a continuation in this worrying trend, and we look forward to further analysis by the Education Policy Institute once these results are available in full.

“The Government must now meet with arts campaigners, industry and unions who are united in calling on them to reconsider the EBacc in its current form.”

The EPI paper analyses trends in entries to arts subjects by Key Stage 4 cohorts between 2007 and 2016, considering how arts take-up varies according to factors including region, prior attainment, gender and socio-economic status.

It classes arts qualifications as art and design; drama and theatre; media, film and TV studies; music; dance; and performing arts – but excludes Design and Technology, which has consistently been the arts subject to witness the sharpest decline in entries.

“The EPI’s research is deeply concerning though unfortunately unsurprising. Having a steady supply of talent is essential to the future success of the creative sector, the fastest growing of the UK economy worth £87bn,” he said.

He continued: “The Department for Education has persistently failed to answer the sector’s concerns despite government’s recognition of the economic value of the creative industries.

“The Federation will continue to work with government on behalf of the sector to demonstrate the negative affect the EBacc is having and why this is of serious concern for the future success of the wider UK economy.”

The EPI publication follows comments by Education Minister Lord Nash, who once again dismissed criticism about the controversial education policy in a recent Lords debate and claimed the decline in arts subjects has slowed since the introduction of the EBacc.

“My noble friend Baroness Stedman-Scott spoke about the case for broadening the 14 to 19 curriculum,” he said. “That is exactly what was tried, and I am afraid the result was that too many young people from the most disadvantaged backgrounds were told that academic qualifications were not for them and that they should study these subjects.

“During that period, among the OECD countries, we fell from seventh to 25th in reading, from eighth to 28th in maths and from fourth to 16th in science.”

In response, Stedman-Scott, who convened the debate, said that “there is still a decline, and we want to stop that if we can”. She dismissed the idea that broadening the curriculum meant pupils studying subjects that are “of no use to them at all”.