Schools Minister makes “no apology” for sidelining the arts

Nick Gibb has confirmed that the English Baccalaureate’s core subjects will be compulsory at GCSE, but arts subjects, Esperanto and den building will be excluded. 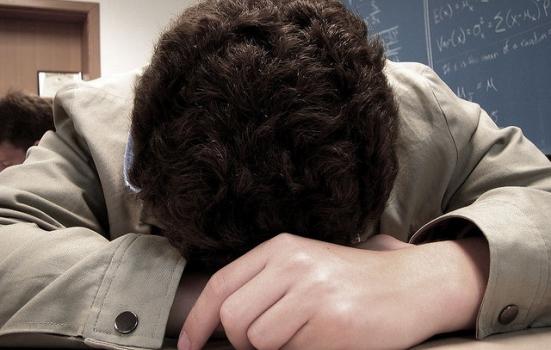 Schools Minister Nick Gibb has announced that the English Baccalaureate (EBacc), a list of subjects that secondary schools must include in their GCSE curriculum if they are to attain an ‘outstanding’ status through Ofsted, will be compulsory and will not contain arts subjects. In a speech entitled “The social justice case for an academic curriculum”, Gibb brushed away concerns that a range of compulsory subjects in the national curriculum would “crowd out” arts subjects, offering “no apology” as “the curriculum always involves trade-offs”.

Key elements of the EBacc were outlined in a Conservative Party manifesto pledge for “secondary school pupils to take GCSEs in English, Maths, Science, a Language and History or Geography”. In addressing concerns that excluding the arts from the list would “crowd out” the number of people taking such courses, Gibb noted that a series of other “important and interesting” subjects had also been excluded – such as Esperanto and den building – and that the question to ask was whether a subject was “sufficiently important to justify reducing time available for existing subjects in the curriculum”. Noting that the government is committed to spending “over £270 million in music education programmes between 2012 and 2016”, he defended his position on the grounds that music and arts do have a place in the curriculum as “statutory subjects”. But under this scenario, Music, Art & Design, and Design & Technology would join only Computing, Physical Education, Citizenship and Welsh as statutory subjects for which a final exam will not be mandatory. Neither dance nor drama is a statutory subject, and schools are free to choose whether or not to teach them.

In response to the announcement, The Incorporated Society of Musicians (ISM) is stepping up its ‘Bacc for the future’ campaign, which gathered 46,000 members of the public and more than 120 creative industry bodies in opposition to the EBacc when it was first announced in 2010. “The creative industries are worth £76.9bn per year to the UK economy, and the educational importance of creative subjects cannot be over-estimated,” said Deborah Annett, Chief Executive of ISM. “It should be a great concern to all of us that the Department for Education seems to be playing fast and loose with the country’s economic and educational wellbeing.

“This policy will have a devastating impact on the arts and music in school. The Government should reconsider their plan.”

Gibb’s announcement comes just a month after the launch of a campaign by the Creative Industries Federation, which has joined forces with the Institution of Civil Engineers in calling for better support for cultural and creative learning in the UK. CEO John Kampfner told AP: “As the government widens the use of the EBacc, making it compulsory for secondary school students, we call on it to consider which combinations of subjects truly prepare students for future employment – and to include a creative subject within the EBacc.

"In this way we can begin to future proof education for a time when automation of jobs will mean that creativity is the primary employment criteria, as well as make sure that we have a pipeline of talent available for the UK's fastest growing sector, the creative industries.”