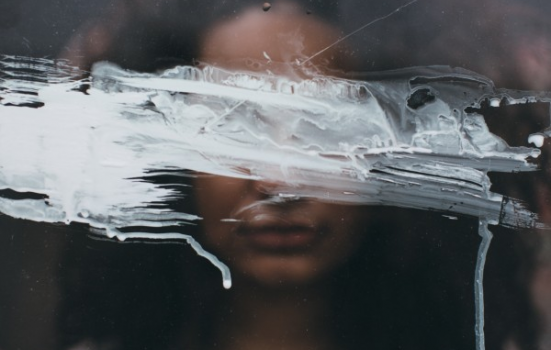 Incomplete analysis and a failure to reveal the wider context have compromised the integrity of an influential report claiming there is “no evidence” that the English Baccalaureate (EBacc) has affected GCSE arts entries, AP can reveal.

The report, ‘The Two Cultures’, claims that the introduction of the EBacc – a schools performance measure that includes no arts subjects – has had no discernible impact on the popularity of the arts at GCSE. But more detailed analysis shows that although entries for arts GCSEs did rise by 6,318 between 2011/12 and 2015/16, this 2% increase pales in comparison to the 601,539 extra entries for non-arts GCSEs that occurred during this time – a 15.7% rise.

The research was conducted by the New Schools Network (NSN), a charity – 90% funded by the Department for Education (DfE) – which provides advice and resources for those interested in starting a free school.

It headlines the 2% increase in the number of arts GCSEs entries since 2011/12, leading Schools Minister Nick Gibb and Culture Minister Matt Hancock to claim that the report has “put to rest the argument that the EBacc has stifled cultural education in England’s schools”.

But by failing to present the figures in their wider context, it ignores how far the arts have lagged behind during a period when schools have entered students for significantly more subjects outside of the arts.

Key figures not mentioned in the report include:

The NSN analysis covers the 15 subjects designated as ‘arts subjects’ by the DfE. The main reason they show any increase is due to a rise in the number of entries for the Art and Design (Photography) GCSE. There were 10,000 more entries in 2015/16 than in 2011/12 – an increase of 93%. When photography is excluded from the analysis, the other 14 arts subjects show a combined decline of 1.3% during this period.

It remains unclear exactly why photography has become so popular, but conversations with headteachers suggest it is being squeezed into the margins of the curriculum in some schools as a defensive measure against the EBacc. “Photography is offered as a one year course in Y9 to combat the potential narrowing of the curriculum caused by EBacc,” one Headteacher told AP.

Similar changes were noticed in music by Duncan Mackrill, Senior Lecturer in Education at the University of Sussex. “There is an increasing trend for schools to offer a condensed Key Stage 3, and offer music as an option in Year 9, rather than making it mandatory,” he told AP.

In 18% of schools not every pupil was able to opt for music as an examination subject at Key Stage 4, should they have wished to do so.

Mackrill said there is “evidence that teachers are increasingly being asked to teach music GCSE as an extra-curricular club,” and many of the apparent increases in GCSE entries may have been boosted from students switching from a BTEC course to a GCSE.

“I don’t think the [NSN] numbers give a realistic indication of the situation this year and next. But because of how the data is collected, we won’t find that out for another two or three years – when it’s too late,” he added.

“Do we believe music will continue in schools in some form? Yes, of course as the vast majority of headteachers will at least want to retain extra-curricular groups. But time for class music teaching is reducing and is already being taught for just parts of the year in some schools with inevitable consequences for take up in Key Stages 4 and 5, opportunities for performance and access for all to a balanced curriculum.”

No design and technology

The NSN research excludes design and technology (D&T) from its analysis, partly on the grounds that it is “not defined as an ‘arts’ subject in the National Curriculum and the DfE has never treated it as such”, and partly because it would be “odd” to incorporate disciplines like electronics and resistant materials. The report recognises that “some people will quibble with this because if you include it, it’s possible to show a decline in the total number of arts GCSEs being taken since 2011/12,” but it fails to reveal the extent of this decline.

AP’s research finds that entries for D&T GCSEs fell by 22.6%, with entries for every GCSE within the subject group down other than Product Design, for which they increased by just under 4,000. Graphic Products was particularly affected, dropping by 14,700 entries.

In comparison, the EBacc subjects that increased significantly included:

The Creative Industries Federation has challenged NSN’s decision to exclude Design and Technology. “We regret this omission because we think D&T offers young people the chance to learn the creative and technical skills that we know from the government’s own official list are in short supply in areas such as visual effects and animation,” said Harriet Finney, Deputy Chief Executive of the Creative Industries Federation.

AP’s analysis revealing the shrinking proportion of arts GCSEs in schools is consistent with other data about the arts and the EBacc. The NSN report itself recognises that that there has been a fall in the number of teachers and taught hours dedicated to the arts.

In 2016, AP reported on exam watchdog Ofqual’s figures, which revealed the decline in the take-up of arts subjects at GCSE across state schools and independent schools, including D&T, increased five-fold between 2015 and 2016.

The National Union of Teachers has reported that most arts teachers feel the EBacc is squeezing creative subjects out of the curriculum, and arts leaders have consistently spoken out about against it. Last week Simon Rattle and Maria Balshaw were among signatories to a letter written by the Incorporated Society of Musicians’ (ISM) Bacc for the Future campaign, which urged the Prime Minister to drop the “unevidenced” EBacc because it is “damaging the quality of education offered to pupils in England”.

The EBacc isn’t the only development thought to be squeezing arts subjects out of schools. Teachers also mentioned the influence of accountability measure Progress 8, which strongly favours English, maths and other EBacc subjects.

One Headteacher, who wished to remain anonymous, told AP: “I know anecdotally that arts subjects are struggling in many schools as schools are forced to offer fewer options because of the way Progress 8 is calculated and because the new, more challenging, maths and English GCSEs force schools to devote more curriculum time to those two.”

But the real challenge, they said, would come if the EBacc were to be made compulsory for 90% of pupils, as proposed by the Schools Minister in 2015. “The introduction of the EBacc has had some impact on arts subjects but not a catastrophic one,” they said, adding that if the EBacc is made compulsory, “it is difficult to see how arts and technology subjects won’t face a real threat in schools”.

Schools without an ‘Outstanding’ Ofsted rating, and with fewer pupils and resources, would be particularly affected, they said.