'My mother-in-law is a witch': do's and don'ts for late tax returns

Left your Self Assessment tax return to the last minute? Don’t rely on excuses to avoid a fine, says Liz Hill. HMRC has heard them all before... 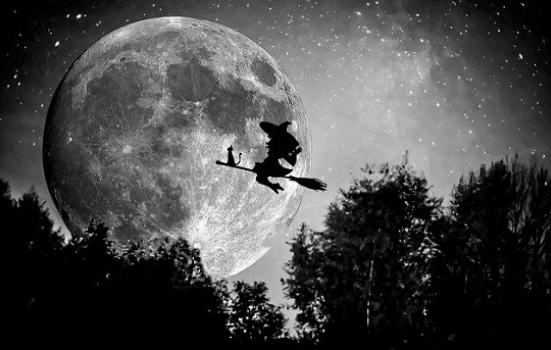 The final hours to file your Self Assessment tax return are fast approaching - and claiming your mother-in-law is a witch won't get you out of it.

If 31st January is looming large in your calendar, it may not only be because it’s Brexit day. For all self employed arts workers, this is the very last date by when they must have completed a Self Assessment tax return, calculated their dues and paid up online. Given that this exercise is based on what they earned in the year up to April 2019, you’d think everyone would have it done and dusted by now.

But they were the successful ones. A further 750,000 people missed the deadline entirely and ended up being fined at least £100 for this omission.

The cost of being disorganised

It certainly pays to file your return on time. After the initial £100 fixed penalty the fines start mounting up. Over 3 months late and the cost of being disorganised or forgetful is a further £10 a day up to a maximum of £900. But if you leave it for over 6 months, then Her Majesty’s Revenue and Customs will sting you for a further £300 or 5% of the tax due, whichever is higher. At 12 months, yet another £300 penalty clocks up, or again, 5% of the liability, whichever is the greater.

They warn: “the excuse must be genuine and we might ask for evidence”

But that’s not all. As well as a fine for late filing, you’ll get a bill for late payment of your taxes. All tax outstanding clocks up interest from the start – currently 3%. On top of that there’s a 5% penalty if you haven’t paid in full within 30 days of when your 2018/19 tax bill falls due. Given many self employed arts professionals would struggle to meet extra financial penalties, it certainly pays to get your act together early.

Let’s suppose you are one of the very many who miss the boat. What are the chances that a begging letter to HMRC will get you off the fine? The short answer is ‘it depends’.

If you simply don’t have the money to pay on time, it’s best to contact HMRC as soon as possible. You may be allowed to set up a payment plan to pay in instalments.

They will also accept ‘reasonable excuses’, defined as events that are ‘unexpected or outside your control that stopped you meeting a tax obligation’. Examples might include the recent death of a partner; an unexpected hospital stay; or problems with the tax authority’s website. You can find the relevant forms to appeal a penalty on the Gov.uk website.

HMRC claims to treat “those with genuine excuses” leniently, as their penalties are designed to motivate people who persistently fail to complete their tax returns and catch out deliberate tax evaders. But they warn: “the excuse must be genuine and we might ask for evidence.”

So if you think you can get away with a limp excuse for missing the deadline, think again. What they don’t fall for is the flurry of claims based on more original grounds. The top five most bizarre excuses given to HMRC for missing last year’s Self Assessment deadline were:

1.    My mother-in-law is a witch and put a curse on me
2.    I’m too short to reach the post box
3.    I was just too busy – my first maid left, my second maid stole from me, and my third maid was very slow to learn
4.    Our junior member of staff registered our client in Self Assessment by mistake because they were not wearing their glasses
5.    My boiler had broken and my fingers were too cold to type

It’s a shame they don’t let these people off the fines for sheer entertainment value.

Talking of which, one of the funniest articles I have ever read in a newspaper was by Chris Addison, who published a letter from HMRC in response to his objection to a tax demand. If you’ve just finished filling in that tax return you deserve a moment to laugh out loud.