To describe the past year as unprecedented is an understatement. Just don’t make the mistake of thinking anything has really changed, Liz Hill warns. 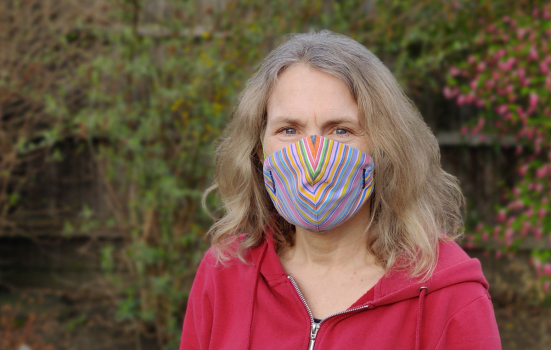 It’s hard to reflect on the past 12 months without adopting well-worn phrases and tired cliches. Unprecedented is an understatement. The road to reopening is obviously rocky. And the idea of a ‘new normal’ is old hat. What we need to be worried about is ‘same old, same old’.

There have been winners and losers: those who received Culture Recovery Fund grants and those who did not. Some were eligible for furlough; others were excluded by SEISS rules. Many of us have had too much work to do while others had none.

The common thread is that artists are expendable, but organisations are not. Nothing has happened to disturb the irony that underpins the cultural sector – arts organisations don’t exist without artists yet artists are treated as supplicants.

When funding bodies announce the recipients of their grants, artists fall over themselves to express their gratitude. But it is funders that should be thanking artists for wrestling with their time-consuming and archaic application processes to share their talent with the world. As the Government has pointed out, ballet dancers could retrain in IT and earn a lot more money. We should be grateful they don’t.

Equally culpable, whether by accident or design, are some arts organisations themselves. Streaming services, for example, pay musicians a pittance through a system that penalises emerging talent to boost the pay cheques of the superstars. PRS for Music – supposedly the impoverished artist’s friend – manages to cream off enough to pay its staff some eyewatering salaries.

At the start of the pandemic, more than 60 Bournemouth-based artists wrote to Arts Council England (ACE) to point out (not for the first time) that the trickle-down approach to funding artists isn’t working. They were not being supported by ACE-funded organisations. “It is even harder to accept when you start to look at the company balance sheets,” they wrote.

It’s a familiar story – and one some funders are trying to rewrite. In April 2019, Jerwood Arts asked 17 of 24 successful bursary applicants to resubmit their budgets to claim increased fees in line with industry best practice. Six months later, the Arts Council of Wales announced a similar move, saying it wouldn’t approve applications “where you aren’t paying yourself or your co-workers at all, or are only paying a low/nominal fee”.

So it’s not rocket science. Firstly, budget to pay for artists. That simple premise applies to funders and the funded. ACE (under DCMS instructions) was the only arts council not to distribute Culture Recovery Fund grants directly to freelancers, offloading that responsibility onto the organisations they did fund. Some of these organisations are warily guarding their post-lockdown budgets and spending on freelancers is expected to fall further still.

Secondly, pay these freelance workers fairly. Funders should follow Jerwood Arts’ and ACW’s example and reject applications that don’t abide by that simple rule. Fair pay needs to be a fundamental condition of funding – not the cherry on the cake.

London Mayor Sadiq Khan rightly recognises that self-employed creatives will face pressure to accept poorer terms as government support for the sector is phased out. He’s right to call for policy to be redesigned. My fear is that it will take nothing short of a quiet revolution for artists to be properly recognised as the beating heart of a sector that wouldn’t have the reason or resource to exist without them.