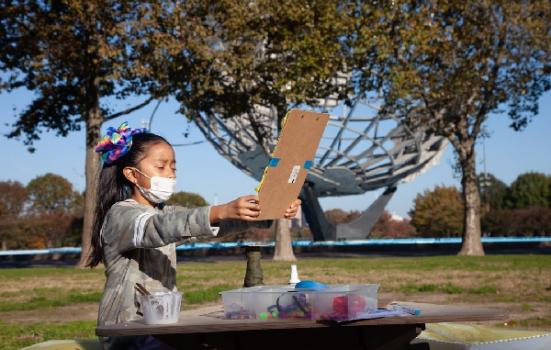 Timelines, deadlines and what Arts Council England is looking for in its 2023 portfolio.
At 80 pages, Arts Council England's guidance for organisations interested in being part of its next National Portfolio is a dense read, and that's before you tackle the briefings on its new Investment Principles Support Organisations, pay policy, access support and governance - an astonishing 398 pages altogether. Let us break it down for you. Am I eligible? ACE wants new National Portfolio... read more

The summer exams must go, former education secretaries say, as a new commission reports the need for students to develop creativity.

A new metric for measuring the merit of "low value" courses like creative arts aims to change perceptions of what a quality education looks like.

"Contribution to culture" should count towards assessing the value of undergraduate degrees, universities say. A new metric developed by Universities UK includes the likelihood that graduates will work in the creative and cultural sector as a marker of their contribution to social responsibility.... read more

The broadcaster downplays speculation about drastic changes amid concerns arts programming, creative work opportunities, and the philharmonic orchestras will suffer.

Plans to freeze the BBC licence fee for two years have been met with alarm in the sector. Culture Secretary Nadine Dorries confirmed the suspension on Monday (17 December), advising the fee will then rise in line with inflation until the current charter comes up for renewal in December 2027.  Prior... read more

Two thirds say they need to delay or cancel work as skilled workers are slow to return to the industry.

A "pronounced" shortage of skilled workers is putting summer events at risk. Two thirds of companies (69%) say they will need to delay or cancel work, with three quarters of employers doubtful enough capable staff will be available as the busy season approaches.   The survey by entertainment... read more

All of England's Plan B Covid restrictions will be removed next week, Prime Minister Boris Johnson has announced. From Wednesday (January 26), legal requirements to work from home and present vaccine passports at large events end, along with mandatory mask wearing in public spaces such as theatres... read more

British arts organisations are missing out on a €100m increase in this year's budget for Creative Europe. The UK removed itself from the European Commission scheme at the end of 2020, though organisations participated through to last summer as 'third countries', not leading on projects. As a full... read more

The Culture Secretary has asked the Arts Council to collect the data and consider NPOs' "track record" when they apply for funding. 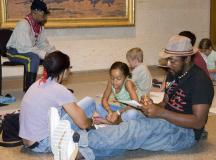 Funded arts organisations will have to report on the socioeconomic diversity of their audiences from 2023. Arts Council England (ACE) confirmed this week it expects "clear and measurable targets to be in place as part of funding agreements" for its next National Portfolio. But it hasn't said how it... read more

Schools may have to suspend music teaching, DfE warns

Professionals have voiced "real concerns" over the proposal, saying it would harm pupils more than it helps them.

A warning that music teaching may need to be suspended to cope with rising staff absences has sparked widespread alarm. Head teachers, industry bodies and politicians have strongly opposed Ofqual Chair Ian Bauckham's "depressing" suggestion, made on a Department for Education forum for school... read more

Support for cutting the isolation period down to five days could alleviate pressure on productions but may not be enough to bring audiences back.

Ministers are eager to cut the isolation period for positive Covid cases from seven days to five, a potential lifesaver for productions. Cancellations have continued this week, with West End shows Bring It On and Pride and Prejudice* (*sort of) announcing Plan B restrictions have made their runs "... read more

One quarter of grants are intended for cultural projects, new data finds, as MPs launch an inquiry into cultural placemaking.

More than £429m of Levelling Up money - one quarter of the fund - is going toward culture. Data obtained by culture-led regeneration experts Five10Twelve from the Department of Levelling Up, Housing and Communities shows a significant cut of the first round of investments is designated as "cultural... read more
END_OF_DOCUMENT_TOKEN_TO_BE_REPLACED
You may be eligible for FREE access to ArtsProfessional – check here

Wednesday, 26 January 2022
A Guildford theatre faces a "deeply demoralising" cut to its council grant. Guildford Borough Council plans to gradually cut funding to the Yvonne Arnaud Theatre over the next three years. Its annual grant of £310,220 will be cut by £37,000 in April and reduced further year on year, reaching £200,000 by 2024/25. The theatre’s financila deficit will increase to £364,000 as a result, Director and... read more

Wednesday, 26 January 2022
Arts Council of Wales is set to begin work on a new strategy for Welsh and the arts. The funder says it will draw up the strategy in collaboration with the arts and Welsh language sectors. Individuals and organisations interested to contribute are invited to attend fortnightly Zoom discussions starting February 9, hosted by Einir Siôn, recently appointed as the council’s first Welsh Language... read more

Wednesday, 26 January 2022
The Art Fund has announced recipients of the second and third wave of its Reimagine grants programme. More than £1.1m will be split across 40 museums, galleries, historic houses and trusts, after 23 organisations were supported in the first wave of the £2m fund.  Fifteen grants between £5,000 and £15,000 were handed out alongside 25 grants of £15,000 to £50,000. The largest grants went to... read more

Tuesday, 25 January 2022
A helpline for music industry workers facing bullying and harassment will go live in March. Service providers Help Musicians developed the idea after receiving hundreds of reports of workplace bullying and harassment through its SafeSpace service. The anonymous helpline will offer emotional support, guidance on how to raise and resolve the issue, and advice on rights and avenues for formal action... read more

Tuesday, 25 January 2022
A three-year investigation into a fire at Glasgow School of Art has given no answers. The Scottish Fire and Rescue Service’s final report says the cause of the June 2018 fire remains “undetermined” due to extensive damage and the destruction of evidence. At the time of the blaze, the Mackintosh building was undergoing a £35m restoration project, having already been damaged in another fire in May... read more
(The Scotsman)

Monday, 24 January 2022
More than a quarter (26%) of live music shows scheduled for the first three months of 2022 have been cancelled. New research from industry lobby group LIVE says a “perfect storm” of Covid and Brexit have damaged public confidence. Fear of further restrictions was cited as one of the main reasons for cancellations. Concerns remain over Brexit, with 90% believing it will negatively affect the... read more