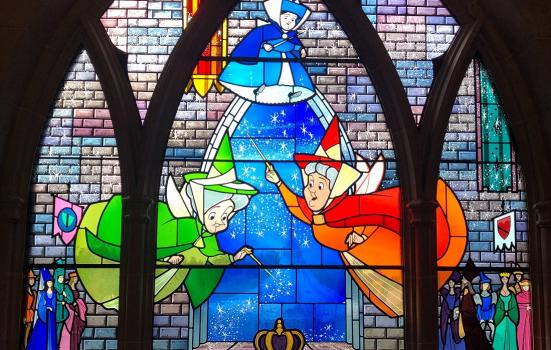 It’s not easy to spend a lot of money in a hurry – or at least, to do it responsibly. When we buy a house, the process normally takes months and is scrutinised by lawyers and lenders to make sure we meet the criteria for borrowing and aren’t falling into any traps.

So when the Government gives Arts Council England (ACE) £500 million to make grants of up to £3m to supposedly viable cultural businesses at risk of closure, one might expect it to also provide a small army of qualified people to do the due diligence.

But no. Instead ACE is offered a brand new ‘software solution’ that cuts out all those pesky experts and claims to be able to do the job for them, checking thousands of applications “in minutes”.

Brainchild of Minister Michael Gove’s Cabinet Office – also home of Downing Street darling Dominic (Barnard Castle) Cummings - the mysterious Spotlight is no doubt behind much of the deep unease and suspicion that has flowed from the distribution of the Culture Recovery Fund in England.

Why might a new pub that puts on bands in a function room at weekends and has been closed since April get £249k to see it though until next year? Perhaps because the ‘computer said yes’, and no one had the time to examine in detail whether that ‘yes’ was in any way related to the cultural output of the organisation. It would be interesting to know how much of that £249k makes its way to the bands that might have performed there.

If the government thinks algorithm-base grant decision-making is the way to go, then the sector should be scared – very scared. Just think back to the school results fiasco in the summer if you need convincing.

In fact their track record on every dimension of culture funding during the pandemic has been both dismal and disturbing.

Firstly they were late to the party, leaving Arts Council England, fundraisers, trusts and foundations to empty their coffers to stump up the initial sums to see the non-profit sector though its immediate cash flow crisis and enable freelance workers to eat.

When funding was announced, DCMS held on to the purse strings, setting the criteria for the awards. ACE has been muzzled and treated as the admin assistant in the process, with DCMS controlling all the communications. Selective media briefings have been made in the middle of the night, while other media (including ArtsProfessional – naturally) had to obey an embargo until the middle of the next day. Grant recipients were told how to say thank you nicely for their awards – and warned of consequences if they didn’t.

A total lack of transparency surrounds the process for awarding these huge grants, and even the number of applicants that have been successful or unsuccessful will only be wrestled out through lengthy Freedom of Information requests.

A similar lack of transparency shrouds the decision by the Lottery, out of the goodness of its heart, to support a commercial panto producer and most likely a series of commercial venues – including the Lloyd Webber empire’s London Palladium. Camelot’s assertion that the money for a seat-buying scheme has not been diverted from not-for-profit arts activities have a hollow ring. They apparently don’t know how much this largesse is going to cost them, but they probably don’t care much either because it’s not Camelot who will pay the bill – the cost will be top-sliced from Lottery revenues before prizes or awards to good causes are divvied up.

A cynic might just suggest that helping the Culture Minister to scoop the PR opportunities to be gained from delivering on his ‘Operation Sleeping Beauty’ is a shrewd move when a decision on which company will run the next Lottery franchise is imminent.

Arts Council England often has questions to answer about some of its less-than-transparent practices, but (Grantium aside) it tends to be competent and have a genuine desire to do the best for the sector. That’s not a description that can be applied to the Government.

Now, just after organisations have taken heart-breaking decisions to lay off staff, we’re told the furlough scheme will be extended through to March 2021. That may be music to Nica Burns ears, but it isn’t good news for all.

The Catch-22 is that some arts organisations now furloughing staff will have also received up to £3m of Culture Recovery Fund money – to see them through to March. So double joy for some. But how does the government expect its support for organisations to magically trickle down to those excluded from any form of income support when venues have to close and their livelihoods are denied them. If the lockdown is extended, this could be the final nail in the coffin for them.

* Clarification 9/11/20 - Arts Council England has asked AP to clarify that Spotlight isn’t an algorithm, but a Cabinet Office tool that performs due diligence checks on applications. This assumption has therefore been removed.