As the UK triggers Article 50 to start the process of leaving the European Union, AP embarks on the process of extending its coverage to embrace readers and contributors from across the whole of Europe. Liz Hill issues a call to action. 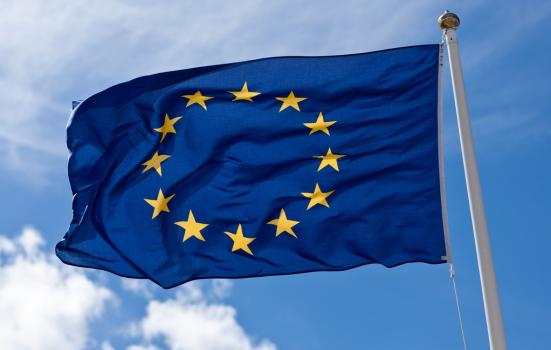 Few in the cultural sector voted for Brexit. 96% of those polled by the Creative Industries Federation said they wanted to remain in the European Union, and AP was among them.

The direction of negotiations between the UK and the EU will unfold over the next two years, but now is the time to make clear our heartfelt desire to continue collaborating with our European neighbours and to reiterate the value that we place on our relationships with them.

we especially value those who choose to live and work in the UK, sharing their knowledge and expertise

We value the work they bring to this country, widening the horizons of artists and audiences alike; we value the opportunities they present to UK artists and cultural organisations, opening doors to stimulating new cultures, new ideas and new audiences; and we especially value those who choose to live and work in the UK, sharing their knowledge and expertise with us and broadening our perspective.

Many of the issues faced by the cultural sector in countries across Europe have universal relevance. So that we can continue to learn from each other in the years ahead, AP is today embarking on the process of extending its coverage to include news, blogs and features from the rest of Europe, including in their original languages.

Our mission won’t change: we will continue to create and curate the most relevant content for those with a professional interest in the arts sector – content that will help arts professionals get the most out of their professional practice.

But to be relevant, timely and of interest to readers across Europe, we need your help.

Here at AP we can just about get by in French, Spanish, Italian and German. But we aren’t fluent speakers and we rely solely on Google translate for everything else. It’s not the most reliable approach to curating relevant content.

Getting AP Europe off the ground will need the cooperation of fluent speakers of other European languages. Could you be part of it?

To start with we would like to hear from arts professionals able to:

It’s as simple as:

In this first week, we are including links to a number of recent articles in European languages:

French Presidential candidate signals commitment to music education: (IN FRENCH) At a recent event in Paris, Emmanuel Macron was joined by academics and musicians to explain how learning music from an early age can fight against inequality.

Rome Teatro dell’Opera sees 123% growth in attenders since 2013: (IN ITALIAN) Between 2013 and 2016, box office revenues rose by an average of 25%, and the number of subscribers increased by 137%, owing to an increase in performances and free events.

Cutting away opportunities: (IN SPANISH) Slashed funding and reductions in overtime have forced Spanish ballet, theatre and orchestral companies to turn down invitations to perform internationally. Jesus Ruiz Matilla weighs in on the challenges for state-funded art in Spain.

And there will be more – please support us, so that we can support you. ArtsProfessional’s editorial continues to be free of charge to all.