A new, nimbler box office system has given Mercury Theatre the power to turn around a steady decline in ticket sales. Libby Penn explains how. 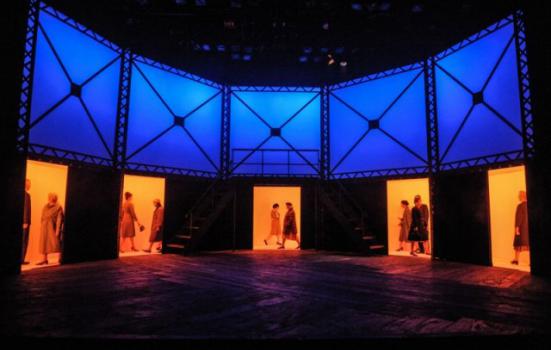 With state support in serial decline, many arts organisations have had to take control of their own destinies. In the case of Colchester’s Mercury Theatre, embracing data-driven decision-making and rethinking its traditional business model is increasing its audiences and revenues. The Mercury is an active producing theatre in the east of England and a vital centre of excellence in the region’s creative economy. Through performances staged across two auditoria and its community education partnerships, it touches over 130,000 people each year in Colchester and the surrounding area. The organisation’s mission is to put theatre at the heart of the cultural life of the community and to make work locally that generates critical attention regionally and nationally.

From the late 2000s however, ambitions had been challenged by slow but steady year-on-year audience declines. When the impact of austerity began to bite post-2010 it became apparent that a new approach was required to reach theatre-lovers in the region and strengthen commercial revenues. “In 2012 we recognised the need to rethink how we were operating,” said Robin Fenwick, the theatre’s Director of Communications and Audience Services. “Audiences were in gradual decline or at a standstill, and the tools and approaches we were using at the time just weren’t up to the task of turning that situation around.”

Fenwick and his team settled on the need for a new box office management system, and selected Spektrix’s cloud-based solution for ticketing, CRM, marketing and reporting. As a web-based application it offered a familiar user interface for staff and customers, flexibility in function and application, and fast access to detailed, on-demand audience analytics. Following a short implementation period, the theatre began using the system to analyse historical audience data and identify likely candidates for targeting with packages around specific performances. By improving the quality and frequency of individual communications, they hoped to boost re-attendance and maximise the value of each transaction.

A revised segmentation scheme was applied to customer data and used to design bespoke direct marketing campaigns based on the preferences and purchase behaviours of different customer groups. The cloud-based system has also made it possible for the theatre to enter new markets. As Spektrix can be accessed anywhere with an internet connection, the theatre has been able to act as a third-party ticketing agent for local creative festivals and organisations, such as the Essex Book Festival and Invitation to view, which arranges bespoke tours of historic private homes. The theatre charges a commission on each ticket, diversifying its revenue stream while extending technological support to local arts organisations that don’t have a formal box office infrastructure.

Adopting a data-led approach to marketing, and using its technology investments to enter new markets, has had a dramatic impact on the theatre’s fortunes:

“Our investment in Spektrix and the service we’ve had from its customer support team has been important to spurring recent growth,” said Robin Fenwick. “Aside from the software’s capabilities and ease of use, they really took the time to get to know us.”

While Fenwick and his team continue to assess the latest audience data and update their segmentation scheme and marketing campaigns, we will also support fundraising efforts next year. The system’s fundraising module will be used to prompt customers for online donations in support of a capital campaign. Initial trials of the module have already generated more than £15k for the theatre this year.