We will connect you

A new box office system has built a stronger link between London’s Dominion Theatre and its ticket agents, who can now sell directly from the live inventory. Libby Penn reports. 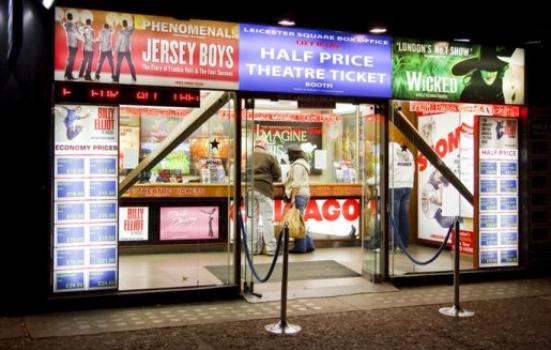 The West End of London hums with audiences drawn from around the globe. Selling to such a dispersed and varied market means theatres have to rely on ticket agent networks to help promote their productions and drive customers through the door. Given the volumes and revenues at stake, the relationship between venue and agent should really be a partnership, but the course hasn’t always run smooth.

The traditional arrangement relies on the clunky practice of manually assigning agents’ blocks of seats. While that allows venues some control over price and inventory, manual allocations also require box office teams to invest a lot of time and effort in order to stay abreast of what agents are selling – and at what price. It’s harder to maximise yield and occupancy, and venues risk having blocks of unsold seats dropped in their lap at the last minute.

As it prepared for the end of its successful 13-year-run of We Will Rock You in 2014, London’s Dominion Theatre saw an opportunity to smooth out those inefficiencies and re-energise its agent relationships: by handing them direct, real-time access to ticket inventory, along with a better purchasing experience for their end customers.

Built in 1929, the Dominion is owned by the Nederlander Group. It has 2,069 seats, making it one of the largest theatres in the West End.

In 2013 the venue’s marketing team had begun the process of sourcing a new box office management system. With its major production set to close in a year’s time, having a system that could deliver new capabilities and also enable changes to its business model helped narrow down the choices.

Emma Gates, Ticketing Operations Manager, said: “When I joined the company in May 2013 we were down to two choices and I very quickly knew Spektrix was the system for us. When it was confirmed that We Will Rock You was closing, it seemed like the perfect time to take the new system live.”

In addition to ticketing, marketing, fundraising and CRM, Spektrix also offered the theatre an application programming interface (API) for third-party sellers. It would provide agents with something new and beneficial to coincide with the opening of We Will Rock You’s replacement.

APIs are a key component of modern software platforms, used commonly by companies like Amazon and eBay to enable other retailers and applications to automate interactions with them, for things like adding product information and displaying listings.

For ticket agents it freed them from managing allocated blocks of seats and gave them the ability to dial directly into the Dominion’s ticketing system, where they could see and access the theatre’s seating plan and sell tickets from live inventory.

The implementation of the API took a little over a month, with two agents brought online for an initial trial. Ticket sales via the API were tested first on a staging system, then carefully moved on to the live system individually to assess accuracy and stability. After that the API was fully switched on and made live.

“There were no technical difficulties,” said Emma Gates. “It just took a brief training session to understand the set-up, and once they got their heads round it our agent partners were fine. Some agents are quicker to get up and running and some are a bit slower, which really depends on their technology. We haven’t had any issues.”

The Dominion’s API link to ticketing agents has been live since July 2015. The results have been impressive.

“We now have seven active users on API and it has really helped ease the workload in the box office,” added Emma Gates. “It means less stock management for us. It also leaves many more open seats on the open plan, which gives a wider array of choice for our customers as well as the agents’ customers.”

“The support from Spektrix has been impeccable for the API implementation and the box office system generally. We passed the two year mark with them in mid-May and they’re always friendly, quick to respond and helpful to a fault.”