Giving its ticketing agents a direct link to its box office system is allowing the Royal Court Theatre to reach a wider audience, Libby Penn explains. 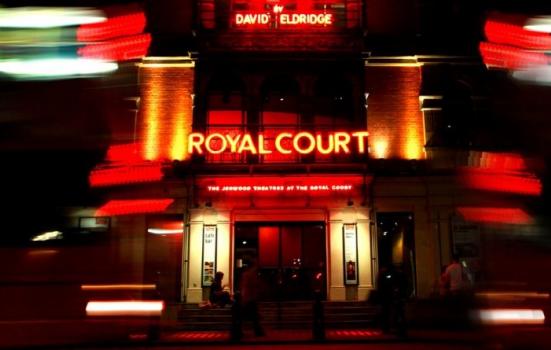 London’s Royal Court Theatre is famous in world theatre for cultivating new and undiscovered writers and theatrical works. Over 120,000 people visit the theatre’s Sloane Square venue in London each year, and many thousands more see its work elsewhere through transfers to the West End and New York, national and international tours, residencies across London and site-specific work.

With so many offerings of untested creative work, the Royal Court needs to promote its programme widely to capture people who want something outside the mainstream. That makes third-party ticketing agents especially important to its success.

With revenues at stake, making it easier for agents to market their output and sell their tickets has been an ongoing objective of the box office team. The traditional arrangement of manually assigning blocks of seats to agents gets in the way of that.

While set allocations to agents give venues some control over price and inventory, they also require box office teams to invest time and effort in keeping on top of what agents are selling (and at what price).

It’s harder to maximise yield and occupancy that way, and still risks having blocks of unsold seats dropped on the venue’s lap at the last minute. It also makes busy work for agents, who need to be in constant contact with venues throughout each day to ensure their view of available inventory is up to the minute.

Advances in box office management technology provided a way around those issues, particularly a new way to connect the agent partners directly to the Royal Court’s in-house ticketing system, providing them with real-time access to ticket inventory and a better purchasing experience for end customers.

The Royal Court has used the Spektrix box office management system since 2010. Based in the cloud and needing only an internet connection, Spektrix is designed to be quick and intuitive for end-users, be they staff in the box office or customers making a ticket purchase from desktop or mobile. The system makes integration with venue websites a straightforward technical proposition, while at the back-end it captures and correlates audience data from all customer touchpoints with the organisation.

When Spektrix offered the Royal Court an opportunity to trial its new ticketing agents application programming interface (API), it jumped at the chance. APIs are a key component of modern software platforms, used commonly by companies like Amazon and eBay to allow other retailers to interact with their systems automatically.

For ticket agents, the Spektrix Agents API promised freedom from manual processes around managing venue seating allocations. It offered the ability to dial directly into the venue ticketing systems where they could see and access the theatre’s seating plan and sell tickets from live inventory.

“We wanted to reach a wider audience earlier in the sales timeline,” said Liam Geoghegan, the Royal Court Theatre’s Head of Sales. “Much of the work we do is creatively risky, in the sense that it is new and often deliberately challenging. Given the profile of the sorts of theatre lovers we are trying to reach, building advances earlier than we had been doing made commercial sense.”

While switching on the API from the Royal Court’s in-house Spektrix system took about an hour, getting individual ticketing agents up and running took more time. Each had its own systems and IT infrastructure, so moving everyone to a standardised platform required some individual attention and problem-solving.

Our support team worked with the theatre’s agency partners directly to find fixes and integrate their systems with the Royal Court via the API. The overall process took about a year, with the result that most of the major ticket agent networks now have the Spektrix API up and running.

“The support team at Spektrix are great at finding workable solutions,” said Liam Geoghegan. “Not once did I have to play middleman in the API implementation process.”

By linking with agents directly and replacing the antiquated system of assigning allocated blocks of seats, the Royal Court has freed up its box office team to focus on more value-added tasks.

“For a small team like ours, managing agent allocations has always taken a huge amount of time,” said Liam Geoghegan. “When we first heard about the API we jumped at it. It’s allowed us to focus more on marketing and reach the same large audience via our agent partners with half the workload.”

“In addition to the great capabilities Spektrix already gives us, especially the audience analytics and CRM tools, we can build advances earlier in the sales process. We have much less dead inventory to sell off as the day of a performance approaches, allowing us to keep prices more in line with demand and increase our revenues.”

This article, part of the Making the Most of the Box Office feature, is sponsored by Spektrix.