The road to self-sufficiency 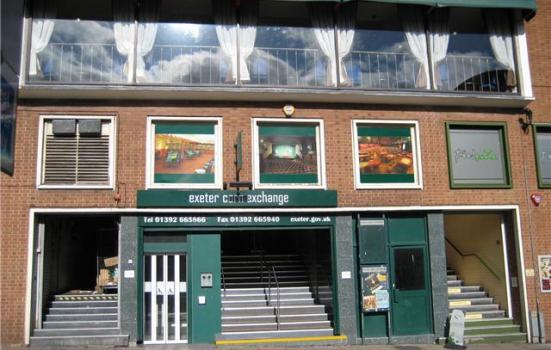 Council-owned venues across the UK have been challenged to become financially independent as local governments continue to face across-the-board funding cuts. Venues and arts organisations have had to adopt more commercial approaches and generate revenue rather than rely too heavily on subsidy to operate.

For the 500-seat Exeter Corn Exchange that change has meant moving from a mainly for-hire venue with ten events of its own each year, to putting on a packed, multi-genre arts and entertainment programme that has transformed it into a revenue centre for the council.

The transformation has necessitated new skills, a change in thinking, as well as an investment in tools to make informed business decisions quickly.

The venue’s journey began five years ago when funding cuts began to bite and the team spotted an opportunity in the thousands of seats’ worth of unused annual capacity the venue had left over each year. From a handful of events in 2010, its programme of comedy nights, concerts and theatrical performances has grown to over 150 annually.

Such a major change in the volume and complexity of its business compelled the management team to rethink operations. Operational goals were identified to enable the new approach: team upskilling in the areas of data-driven decision-making and designing promotional campaigns; and finding ways to simplify the time-consuming manual tasks that dominated box office processes and systems. Its approach to sales and marketing needed to change as well.

Getting better at designing promotional campaigns, and finding ways to simplify the time-consuming manual tasks that dominated the box office processes and systems were also identified.

Those needs would require more data about customers, and as such, more IT capability in the box office than they had ever relied on in the past – certainly more than its existing ticketing system could deliver. It needed a fully rounded box office management system with robust marketing, CRM and reporting capability.

“We launched a tender inviting 14 box office software companies to respond,” said Mark Farley, its Events, Facilities and Marketing Officer. “Spektrix distinguished itself early on in the process as the leader. It wasn’t the cheapest but the quality of the people we dealt with and the capabilities of the software were both exceptional. We knew very quickly this was the system we wanted.”

With Spektrix’s cloud-based system managing the venue’s box office functions, Farley and his team can control and then automate much of their task burden around ticketing, pricing and data collection. With a unified marketing module including CRM, direct marketing and fast analytics to help identify trends, the platform also allows the venue to build a programming strategy based on analytics of customer behaviour, finding patterns beyond what could be inferred from simply counting ticket volumes.

Given the variety of performances in its evolving events programme, Farley and his team wanted to improve their ability to create targeted marketing campaigns, track ticket sales by the type of attendance, and look for opportunities to cross-sell other performances, events and exhibitions, based on buying behaviour.

“The analytics capabilities and the way it simplifies the creation of individual customer profiles helps us immensely,” said Mark Farley. “We can now look for patterns in people’s habits, purchase behaviour and genre preferences. That helps us communicate with them about things that are likely to be of interest. Much better than blasting out mass campaigns to everyone on the email list.”

From empty seats to profit

Through e-commerce integration with the Corn Exchange website, we have helped streamline the online customer journey and improve the purchasing experience – to the extent that the proportion of ticket sales that happen online have doubled in the past 12 months. This frees up the venue’s smallish team of four or five people to focus on core tasks and find more ways to increase revenue.

The system went live in June last year, the first year since the venue opened that it became profitable. Alongside supporting better revenues, Farley and his team have been impressed with the level of service they have received post-purchase.

“I sent a query to Spektrix support on Boxing Day, expecting I’d have a reply in a few days. I had a detailed reply in ten minutes. That to me sums up the kind of support and commitment we get from Spektrix week in, week out.”