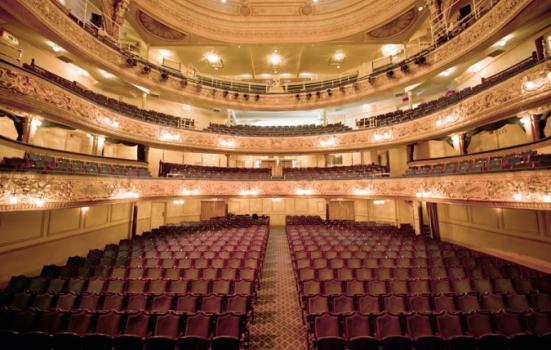 Taking control of one’s commercial destiny has become a matter of survival for arts organisations. In the case of the Blackpool Grand Theatre, embracing audience analytics has reshaped its business and programming models, and new data-driven approaches to marketing are also reaping big rewards.

“The trend now is for people to book tickets very late, and apart from blockbuster productions, I think dynamic pricing is simply the way most theatres will head”

Blackpool Grand is one of Britain’s premier heritage theatres. Listed Grade II, the building was designed by Victorian theatre architect Frank Matcham and opened its doors in 1894. It is built around an intimate four-tier auditorium with over 1,000 seats. Being in Blackpool the theatre’s business has something of a dual track: preparing for and maximising the holiday season with its influx of tourists, while sustaining a year-round focus on local audiences.

While the trust-owned theatre had been on a stable footing for years, in 2011 the realities of austerity and changing customer behaviour compelled the marketing and box office teams to replace their creaking ticketing system with something that could improve their view of purchasing preferences and historical sales trends.

They wanted to design marketing campaigns that were targeted to people’s individual interests and were also looking ahead to a planned redesign of the website. Any new box office system would need to integrate well with the new site and make online purchasing of tickets, as well as other elements of a good night out, easy and convenient.

“We interviewed about 20 companies to understand their products and capabilities,” said Andrew Howard, its Marketing Manager. “Spektrix was one of those we spoke to early on and basically we set them as the benchmark against which the others would be judged. We were hugely impressed by the people and the system.”

After migrating the historical data to Spektrix, Howard and his team devoted time initially to creating detailed reports that would help them better understand the buying patterns around different types of performance. The analytical capabilities of the new system allowed them to look at company, genre, demographics, day of the week and time of year to get a clear sense of the appeal of the individual performances and the overall programme.

That analysis enabled them to fine-tune their segmentation scheme and design marketing campaigns to the needs of individual customers. “We are able to create targeted messages based on previous attendance and purchases,” said Howard. “Spektrix also connects seamlessly to email software Dotmailer and the Audience Agency’s Audience Finder. This allows us to send up to 32,000 emails a week without any significant drop-off, as the messages are in sync with recipients’ personal preferences.”

Technological integration became increasingly important as the theatre engaged the services of leading digital agency SOAP Media to relaunch its website. Building on the success of the data-driven marketing campaigns, Howard and his team wanted the experience of online ticket purchase to be responsive to individuals while identifying opportunities to suggest additional purchases, promote packages and discounts for multiple buys.

Spektrix was actually invited to help the Grand’s marketing team create its brief for the web agency and assist in vetting the proposals that came in. We then worked closely with the chosen agency SOAP Media to ensure a smooth integration between the site’s ‘front end’ experienced by customers and the ‘back end’ e-commerce capability that we enabled.

The approach has worked wonders. By improving the online experience for customers, The Grand has seen a 48% increase in time spent on the site, a 49% increase in page views, and crucially drop rates (where the customer leaves a transaction before making a purchase) have declined by 79%. Overall, we have helped the Blackpool Grand revise its funding model to the point where it is now more than 80% driven by ticket sales and associated purchases.

The theatre plans to expand its use of our fundraising module and better identify likely customers for individual-giving campaigns, improving the ask for spot donations when a ticket purchase is being made.

The theatre has also experimented with the versatility of its cloud-based box office management software to enter new markets. As the system integrates so easily with e-commerce, websites can be accessed anywhere where there is an internet connection, and so The Grand has begun to offer an outsourced ticketing service called ShowSeats to local cultural organisations.

Looking ahead to next year, the theatre’s team are working with us to implement dynamic pricing. Based on the ability of the system to quickly report demand signals specific to each performance, the team will be able to make daily adjustments to seat prices, offering advance discounts to encourage take-up for performances where ticket sales are slower while maximising revenue on those performances in high demand.

“The trend now is for people to book tickets very late, and apart from blockbuster productions, I think dynamic pricing is simply the way most theatres will head,” added Andrew Howard. “You have to find intelligent ways to incentivise early booking while not cannibalising the additional revenues you’d get from people willing to pay more for a certain area on a certain night.”

“The feedback from customers has been excellent and the box office team finds Spektrix very easy to use and quick to learn – so much so that we can bring in other people from the organisation to help with ticket sales during crunch periods like season launches and pantomimes,” added Andrew Howard.

“We are huge fans and regularly act as reference for them when other arts organisations are looking at their software. From analytics to e-commerce to marketing and customer relationship management, it just works.”