No one in need should put any faith in this toothless ‘regulator’, which has just spent two years squirming out of its responsibility to regulate, writes Christy Romer. 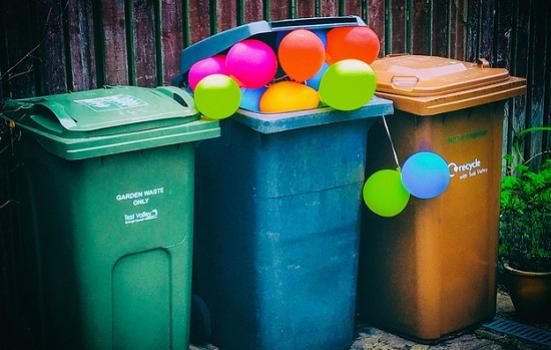 Of all the crap public services in the world, the most contemptible are surely those that devote their energy to not helping people. Apologies, continual delays, inconsistent communication – the hallmarks of an institution suspiciously devoid of the desire to tackle bad practice.

So it goes at the Fundraising Regulator (FR), which has just spent the best part of two years squirming its way out of the responsibility to regulate a case between an individual and a charity.

Set up in the aftermath of 92-year-old Olive Cooke’s tragic suicide, the FR regulates all charitable fundraising in England, Wales and Northern Ireland. It stresses that as a “values-based” regulator it will protect donors, “not least those who are vulnerable”, from unacceptable fundraising practice. “Our purpose is to ensure that fundraising is respectful, open, honest and accountable to the public,” the FR claims.

It was a cut and dried case, he thought – charities have an obligation to not exploit a donor’s lack of information

It was on such grounds that Rab Harling complained to the FR in 2016. An artist and ex-tenant of a live-in studio scheme run by Bow Arts Trust (BAT), he claimed to have discovered that the charity had been hiding thousands of pounds of voluntary ‘donations’ in his monthly rent and had ignored his requests for the money to be returned.

It was a cut and dried case, he thought – charities have an obligation to not exploit a donor’s lack of information. He says he only found out about the donations when they were referenced in a rent increase letter he received two years into his tenancy. After asking for a breakdown of his payments, he was shocked to discover that the charity appeared to have been unilaterally deciding to increase or decrease the proportion of rent collected as a ‘voluntary’ donation. BAT had claimed amounts ranging from £88.60 to £157.50 a month as donations, at one point changing the amount claimed as ‘rent’ so that the total amount taken by direct debit stayed the same.

Had Harling known that a portion of his rent was actually optional, he would have saved a lot of money – and trips to the local soup kitchen – by plumping for the lower, donation-less payment. He estimates BAT claimed over £4,000 in donations over the course of his two-and-a-half-year tenancy.

But the FR has concluded BAT has no case to answer. Despite never producing any evidence from BAT that Harling knew about or agreed to make the donations, the FR did not conclude he was exploited or that he deserves reimbursement. Nor has it challenged BAT’s fundraising practice of taking a donation – of varying sizes – as part its tenants’ rent.

The regulator has instead backed BAT’s position, initially concluding that “on the balance of probabilities” the charity had “more likely than not” told Harling “verbally” that an element of his rental payment was a voluntary donation. It reasoned that the scheme had been operating for a long time, and no one else had independently approached it to make a complaint – ignoring the fact the FR is a new regulator that had only come into force four days before Harling submitted his complaint.

Satisfied that BAT had updated its paperwork so that future tenants would be aware of the donation element of their rent, the FR concluded it need take no further action.

After Harling complained about the ruling, a seven-month investigation by the FR led it to a more troubling conclusion. Back-pedalling on its initial ruling, it concluded it was impossible to work out whether BAT’s claim it had informed Harling about the donation was true, or a lie.

“We are faced with two conflicting accounts, with multiple parties supporting two different versions of events,” FR Chief Executive Stephen Dunmore told Harling last December, explaining that some tenants said they were aware and some said they were not aware of the voluntary donations. He added that the FR did not believe it would be “helpful” to interview more tenants as “further conflicting accounts would be unlikely to take us any further towards a firm conclusion”.

Whilst this is an astonishing outcome, it’s not altogether unexpected. It is worth remembering that the FR’s financial model is reliant on voluntary payments from charities – the very organisations it was set up to regulate. The FR’s tacit endorsement of a scheme that muddies the distinction between voluntary and mandatory payments is also consistent with its own behaviour: the regulator last year faced accusations of unethical fundraising and making its own voluntary levy appear mandatory.

Why would anyone in need look at this delay-sodden process and think: ‘that’s the champion for me’?

The regulator’s conclusion that it would not be “helpful” to further investigate Harling’s complaint implies that the burden of proof is on the complainant to demonstrate, beyond reasonable doubt, that a charity has acted improperly. Is that something 92-year-old Olive Cooke would have been able to do? So why make it the case for Harling?

It should be up to BAT to prove that its tenants knowingly chose to make these donations – rather than leaving it to the tenants to prove they weren’t aware. This evidence has neither been supplied nor demanded by the FR over the two-year period.

Were the FR a competent regulator, it would have concluded that BAT cannot prove it made Harling aware of the donations; that it is unacceptable for a charity to conflate mandatory and voluntary payments; and that no charity has the right to vary the size of the donations it receives directly from a donor’s bank account without their express permission.

A competent regulator would have ruled that in the absence of any proof that a donor had agreed to hand over their money, the donations should be returned.

That Harling has been left without vindication and £4,000 out of pocket is not the unfortunate result of an objective and considered process. It’s indicative of a public defender with no interest in defending the public; a legally-powered organisation quick to find any excuse to do nothing, be nothing, change nothing.

It remains impossible to shake the feeling that delays in the adjudication period were not caused by a regulator trying its utmost to investigate and uncover bad practice – but instead by a regulator with no desire to show its funders in a bad light desperately trying to justify inaction.

Why would anyone in need look at this delay-sodden process and think: ‘that’s the champion for me’? Why would anyone put their faith in a regulator that accepts a donor may have been unaware he was donating thousands of pounds, but decides not to examine the issue further?

As for Bow Arts, things have never looked rosier. It is playing a key role in £1bn plans to regenerate a neighbourhood in South East London, creating 40 new “affordable creative workspaces”. And since the initial complaint, it has still not made clear on its website that part of the rent paid for its artists’ flats and studios will be treated as a charitable donation.