Community arts organisations are at the heart of the response to the Covid-19 crisis, but their spaces are threatened by arguments that focus on the economic value of the arts. It’s time we started measuring social value, says Zain Dada.

My Gurus: Be the change you want to see 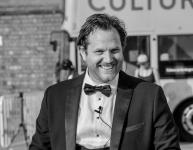 Founded in 2000, Slung Low is a theatre company based at the Holbeck in Leeds – Britain’s oldest working men’s club. Its Artistic Director, Alan Lane pays tribute to the people who have inspired him.

A course teaching stand-up comedy skills to people suffering from mental illness, postnatal depression, anxiety and PTSD is being socially prescribed by the NHS.

Comedy On Referral, which previously ran a successful six-week course in Bristol for trauma survivors, has been awarded funding by the NHS to help men at risk of suicide in London.

Founder Angie Belcher was awarded a grant this week from the North West London Integrated Care System, which works across 10 NHS trusts and eight London boroughs to reduce suicides. She will work with psychologists to help up to 20 men deemed to be at risk of suicide.

Belcher said that stand-up comedy exercises and games can be used to process trauma and take control of personal narratives.

“I’ve taught comedy for 10 years, and students often told me how much stronger, more resilient and happier they were after exploring their personal histories through stand-up comedy,” she said.

The course is the result of a year-long research project on the effects of comedy as a therapeutic tool.

Patients referred by the NHS will create a five-minute stand-up set based on their personal stories. A performance for at least 100 people will be organised at the end of the course.

Recommendations including more public artworks and neighbourhood creative hubs aim to contribute to the City of Culture's legacy.

A new year-long festival will encourage artists and audiences to view their cities through the eyes of their homeless residents.

Streetwise Opera will commission nine composers, three choreographers, three designers and a filmmaker to work with more than 200 people who have been homeless for the festival, titled Re:sound.

Working in London, Nottingham and Manchester, they aim to co-create nine micro-operas to be performed in March 2023.

The charity is partnering with organisations that address homelessness to expand its reach and create connections between artists and participants. Six of the operas will be written and composed in hostels and day centres.

“Staying creative is very important when you are recovering from homelessness, because it lightens your heart and inspires you to achieve more,” said Denise Alison, a participant in weekly workshops run by Streetwise Opera at the Southbank Centre.

Streetwise’s Artistic Director Martin Constantine said the participating artists have “the ambition to reimagine the boundaries of opera and co-create work that aims to invite audiences, especially those who may think that opera is not for them, to rediscover their cities through a different lens”.

Changes to the programme come after a "disappointing" couple of years in which those involved say ACE lost sight of its purpose.

It’s a fundamental matter of social justice that cultural provision and opportunities are so unequal. Richard Watts argues something must be done.

The BBC will air new plays, concerts and book readings on Sunday nights as part of a programming shift.

Sunday Night Performances on BBC Four will "cement its status as the home of performance", the broadcaster says.

A Welsh comedy from Theatr Clywd, Nitin Sawhney's piece for Coventry City of Culture, and performances from the Royal Shakespeare Company and Shakespeare's Globe are among the programmes scheduled from April.

An eight-part series for BBC Two and iPlayer, The Art That Made Us, will explore significant UK artworks in partnership with a nationwide "festival".

Museums, galleries, libraries and archives will hold events inspired by the objects as their stories are told on television next month.

UNBOXED, the 2022 festival of creativity and innovation, has launched its first event in Scotland.

About Us, a multimedia projection and performance artwork celebrating "our place in the universe and the connections between us", is the first of 10 creative projects commissioned for the festival.

Lead creative partner 59 Productions is presenting About Us in Paisley before moving on to Derry, Caenarfon, Luton and Hull. Alongside the nighttime shows, daytime installations and workshops will extend the project's reach to children and young people.

Nine more commissions will be experienced across 80 sites and through digital and broadcast media throughout 2022.

The University of Leeds and Leeds Beckett University will lead a strand of the LEEDS 2023 programme with the support of other local educators.

Leeds Trinity University, Leeds Arts University, Northern School of Contemporary Dance and Luminate Education Group have also signed on to be "gold partners", offering events and opportunities to participate in the placemaking festival.

LEEDS 2023 Creative Director Kully Thirai said the partnerships aim to show that Leeds is "an exceptional city for anyone that wants a creative education".

"We will work with our education partners to create opportunities for those already studying in the city to be part of something that’s one-in-generation, and to attract more young talent to study, work and continue to create here."

Leeds University's involvement was first announced last year. It is working to establish a National Poetry Centre that will host several LEEDS 2023 activities and events.

Vice-Chancellor Simone Buitendijk said its Cultural Institute, which is leading on the project, will foster collaborations between the city's creative sectors and its students.

Value co-creation key to levelling up

A 'simple but radical' approach to co-creating arts offers a way to move from project to programme to true partnership, academics say.

The Lithuanian city of Kaunas marks the start of its year as European Capital of Culture this weekend with an "awe-inspiring" artistic display.

City districts will host an opening ceremony in which 'circles of light' rituals, giant video projections and musical performances form part of a festival for awakening a mythical beast.

Participants are invited to track the beast in a puzzle game, with the first 1,000 winners receiving special prizes.

More than 40 festivals are planned over the coming year, as well as 60 exhibitions and more than 250 concerts.

There are no creative ‘cold spots’

Co-creation is often about professionals ‘inviting people in’. But, as Barbara Eifler argues, communities do not need to be organised - they are already doing it for themselves.

Last year, more than 50,000 people took part in a creative challenge. Now the invitation to rise to the January challenge is open again. Michaela Tranfield has the details.

Funders have given £12m to secure the future of the Birmingham 2022 festival.

The Commonwealth Games cultural event will feature hundreds of artists and is expected to reach thousands of participants and members of the community.

A core programme of events supported by the Paul Hamlyn Foundation and Esmee Fairburn Foundation will explore local LGBT+ stories and LGBT-led commissioning.

One funded project will be a "wide-reaching intergenerational" tap-dancing scheme across the West Midlands.

"It gives us the perfect opportunity to re-connect with each other and our towns and cities and get the region dancing,” project director Stephanie Ridings said.

Research suggests that organisations are feeling an increased urgency to deepen connections with the communities they serve, as Anne Torregiani reports.

How do we enable people to create real change through art and culture? David Price believes it's through harnessing the ‘power of us’.

75 years of Arts Council and the amateur arts

As he reflects on Arts Council England’s 75th anniversary, Robin Simpson thinks it’s not unfair to say it has never quite known what to do about the amateur arts.