How much hope should we put in trusts and foundations?

With local authority arts funding slumping, are trusts and foundations picking up the bill? Christy Romer assesses a landscape under strain. 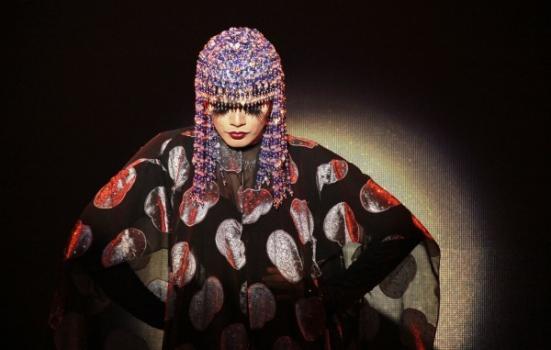 After the bottom dropped out of local authority arts funding, those in charge of the purse strings at arts organisations naturally looked elsewhere for support. According to AP’s recent survey on local authority cuts, 79% of organisations facing cuts have applied for more from trusts and foundations, and a further 16% are planning to do so.

But trusts and foundations have consistently stressed that they cannot – and will not – become a substitute for lost local authority funding. Following the financial crash, philanthropic organisations pledged to back a sector in greater need than ever, but said that their role was to support defined projects, not everyday activity.

What impact has this tension had on the sorts of projects that receive funding through trusts and foundations in recent years? Representatives from the Esmée Fairbairn Foundation, the Paul Hamlyn Foundation, and the Foyle Foundation – three trusts that collectively provided £26m to arts-related activity last year – provided more insight.

At the bigger foundations, the general trend has been that applicants are asking for more money and being less successful.

The story is much the same at the Paul Hamlyn Foundation (PHF), which now finds success rates hovering between 10% and 30%.

The distribution of the funding is a well-documented challenge. Money from trusts and foundations is concentrated in London and the South East; the larger the organisation, the more successful it is at attracting all forms of private giving; and music and literature organisations are the most successful at accessing money from trusts and foundations.

By contrast, at the Foyle Foundation – slightly smaller than Esmée Fairbairn and PHF, in that it awarded £3.8m to the arts last year – the success rate has improved, as the foundation has increased the amount it has awarded to arts and culture by 50% over the past five years.

“It isn’t all of our budget which has increased. The big push was on the arts because there was a need there,” explained David Hall, Chief Executive of the Foyle Foundation.

“We wanted to increase our spend at times of difficulty, even though that would mean spending further into our capital grant.”

…but the number of applicants isn’t increasing.

Despite this, all three report that the number of funding applications has held steady – and even decreased slightly at the Foyle Foundation. Why?

“It might be because arts organisations have fewer resources to make new applications, or because the focus of our funding is geared towards innovative work – which there’s less of, as funding falls,” said Alison Holdom, Grants Manager at Esmée Fairbairn.

“The foundation’s policy was always that we would never replace local authority funding, but we’ve had to take that restriction off the list”

Gina Crane, Communications and Learning Manager at the foundation, added: “We receive applications from most arts organisations in the UK. It’s not as if there are many arts organisations who haven’t heard of us who are suddenly applying.”

Moira Sinclair, Chief Executive of PHF, suggested a lack of business development and advocacy capacity may have limited arts organisations’ ability to put in applications.

She added that although there was a large spike in the number of applications in 2015-16, when the foundation was “completely inundated” by requests following the launch of its new funding strategy, applications had dropped slightly in 2017.

Following changes of strategy over the past decade, the three foundations now specifically permit applications for core funding.

“The foundation’s policy was always that we would never replace local authority funding, but we’ve had to take that restriction off the list” Holdom said, noting that 60% of grants made in 2016 were for core costs.

“We wouldn’t fund a core public service, but if it’s something that would have been funded by a local authority, such as a library, or museum, or creative project in a community centre – and which now doesn’t have funding – we might fund it if it was a strong match to our priorities. But we have to be careful as we could only fill a tiny part of the gap.”

This was echoed by Sinclair at PHF, who said that whilst the foundation still offers one-year funding to test an idea, it now also provides four-year grants. “This recognises the work we want to fund takes a long time to get off the ground, and it’s a better use of arts organisations’ resources not to apply every moment of the day,” Sinclair said.

She stressed that although the foundation doesn’t have enough money to make up the shortfall in public funding, it is “absolutely” looking at funding more core activity. “In terms of the type of organisation, and the activity we’re funding, we’re certainly funding where in the past local authorities or the public-sector would have funded.”

At the Foyle Foundation, Hall explained that the softening of policy on core funding was intended to support small and growing organisations that wouldn’t be able to access recurrent funding from Arts Council England or other sources – stressing, again, that it can’t make up for lost local authority funding. “But everything is now shades of grey,” he added.

…for those than demonstrate long-term viability.

Trusts and foundations are increasingly keen to support long-term change, recognising the need for arts organisations to earn and raise more income to weather a long-term decline in public funding.

“We recognise project funding on its own is not sustainable. There needs to be an element of core funding in our grant making,” Sinclair said, noting that resilience is important and partnership working will be a part of that.

But he also said the Foundation “very clearly” looks for long-term local authority commitment when assessing applications. “If organisations can’t demonstrate that – I understand local authorities are under some pressure – they cannot expect others to invest in an organisation, particularly a capital project.”

Judging from responses to AP’s survey, this remains a difficulty in the wake of falling local authority funding. One respondent described council support as a “magnet for inward investment”. Another said: “As well as the direct cash input, local authority partnerships communicate a sense of value – that the arts activity in question is high-quality, validated by the council, and that the local authority itself values arts and is committed to investing in positive experiences for residents.

“If we lose local authority funding we lose income, but we also lose this sense of value and being valued.”

Trusts want to limit the impact of indirect cuts…

All three foundations expressed concern about the wider impacts of cuts across the sector.

“We speak to everyone at the end of their funding with us, and it’s not surprising to hear some say that cuts in local authority arts funding affect their artistic work – but it was surprising to see organisations that were without a venue, and potentially not directly funded by local authorities, saying they were affected by venue closures, as they no longer had a local ‘anchor’,” Holdom added. “They no longer had a place to root their artistic activities.”

The foundation is interested in finding and working with organisations that perform this role in their communities, offering infrastructure to support and develop the local cultural ecology. “I suppose that as we’re a UK-wide funder, we’ve tended to focus on artform instead of area. But that is changing, and we’re increasingly thinking about specific places. We’re trying this out in a few areas – in Stoke, for instance, where we’ve funded significant activity,” she added.

Similarly, Sinclair said PHF was thinking broadly about how it could add most value to the sector, including “possibly funding things which are less ‘new’”. She continued “…we’re comfortable funding cross-sector partnerships, which sometimes the public-sector struggles to get to grips with.

“We’re trying to help organisations talk about the impact of the work that they deliver. As well as grants, we’re supporting evaluations and we’re helping to cluster organisations so they can come together with others and talk about what they’re doing.”

…but they’re concerned about the future.

When asked whether he was optimistic, Hall said he was surprised that organisations are “able to hold their head above the water” and still produce quality work “without having substantial deficits”. But he added that this was not possible indefinitely. “Continual cuts in the future will erode that basis, and you cannot just forever be making up that money from other sources.”

He continued: “The surprise has been there haven’t been more organisations in deep financial trouble than there are at the current time.

“I think the next few years are possibly going to be more difficult than they have been as things that have come together – not to minimise, but certainly to alleviate the pressures – can only happen to a certain extent.”

For Sinclair, the future was a “mixed bag”, in which non-arts partners were going to become increasingly important. “I’ve been doing this job for two and half years, and was almost ten years at Arts Council England before then. And I am constantly astonished at the creativity of the cultural sector to respond to the environment in which it’s operating.”

She continued: “I think straight grants from local authorities are not likely to go up. But look at towns and cities where people have maintained a commitment to culture. Local authorities may not have access to grant funding, but they do have access to land, access to capital funding. It’s partly about thinking differently about how they deliver services.”

Holdom was more pensive: “We hope the funding gap won’t grow. It’s tough for local authorities. We know that there are people within them who value creative approaches, but the money just isn’t there. Some authorities are doing well given the circumstances, and we’d like to think they will see the value in keeping this going.”

This is the third in a series of articles exploring the impact that cuts to local authority budgets are having in the arts sector. Click here to read other articles and research in the series.