As the infrastructure of local authority arts provision starts to crack under the strain of funding cuts, Christy Romer examines the ripple effect across Norfolk. 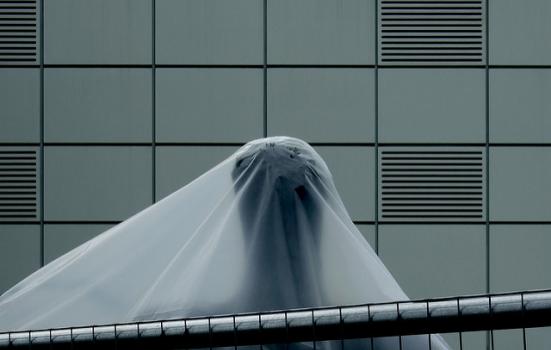 A wrapped-up sculpture at University of East Anglia, Norwich.
Photo:

After the best part of a decade as arts officer at the City Council, Marion Catlin’s job disappeared. Her self-defined development role “digging shit in the soil so the flowers could grow” was scrapped, and arts development responsibilities were rolled in with the events department – home to activities with more quantifiable outcomes.

Norfolk’s remaining district councils tell a similar story: North Norfolk, Breckland, Broadland, Great Yarmouth, South Norfolk Council, Kings Lynn and West Norfolk – where they existed, dedicated arts officers positions melted away. Some staff stayed with their councils in new ‘economic development’ or ‘community building’ roles. Others left. By 2017, the only team of arts development officers in the region were at the county council, under the leadership of Mary Muir.

But is the crumbling of this backstage infrastructure – much of it invisible to the public – of immediate importance to arts organisations, which have more of an eye on funding cuts and the bottom line? Has it had any impact on those making art, or seeking support to realise their passion?

As the infrastructure crumbles, a disconnect emerges between what funders are looking for and what arts organisations are offering

Like many questions, the answer depends on who you ask. Norwich City Council may have lost its dedicated arts officer, but of all the councils in the region – including the county council – it is the only one to have increased arts spend. While net arts spend across Norfolk was down 57% (£3m) between 2012/13 and 2015/16, it actually went up by 13% in Norwich over the same period.

Pasco-Q Kelvin, who runs Norwich Arts Centre (NAC), said although city council funding has been at a standstill, he wouldn’t want to be working anywhere else because he feels “genuinely supported” by a council with a “real interest in supporting cultural ambition”.

“NAC has fantastic support from the City Council. We work in partnership with them regularly, they provide superb networking opportunities for the city’s cultural providers, regular funding for a number of organisations, and opportunities to develop and extend our reach and range of activities,” he added.

Another stalwart of the city’s arts scene, Professor John Last, Vice-Chancellor at Norwich University of the Arts, was cautiously upbeat. He said the city is committed to backing new artistic projects, despite lower levels of available funding, and told AP the university is well connected to the city’s cultural infrastructure through a ‘cultural board’. He added that widespread attendance at a recent design spectacle – the British Art Show – was proof of the “depth of interest in art across Norfolk”, and considered collaboration routine between councils, theatres, the writers’ centre, the arts centre, the university and museums.

The further you pull back, the healthier the area looks. Muir, Norfolk County Council’s Arts Officer for the past 17 years, enthused about several region-wide initiatives: the bi-monthly cultural board; the Norfolk Arts Forum, a cross-sectoral network that meets quarterly and acts as the strategic body for the sector; recent success in a bid for European funding; and a “very outward-focussed and collaborative partnership approach” in the region.

Natalie Jode, Executive Director of Creative Arts East, a National Portfolio Organisation (NPO) in the region, added that arts and culture are on the agenda for meetings “they would never normally reach, which is for the most part down to Mary and the arts team”.

The devil, the detail

So far, so good. But what about the damage we can’t see? Jode also said accessing funding at smaller local authorities requires “banging on the door a bit harder” and strong personal relationships, even though there are people in many authorities who understand the value of arts.

The loss of dedicated arts officer posts means that even if arts organisations are talking to the very same people as before, they no longer have direct conversations about arts and culture. “We talk about health, placemaking and community building, with arts as a tool to achieve this,” she said, with one result being the organisation spends valuable time re-educating local authority officials in the value of their work.

These challenges – long-term and structural – are not necessarily captured by statistics. It’s the gap an arts officer would have filled. Jode noted the value of the arts officer was in knowing the industry, and “initiating and supporting conversations about new funding opportunities and projects”.

Whilst at Norwich City Council, former arts officer Catlin confirmed that she had played this role. She said she was a “creative trouble-shooter”, tasked with knowing what people were doing and working out how to connect those in need of support.

“I was very hands on,” she said. “I was a barterer rather than a funder – I’d work out where people had a similar agenda.”

This begs the question: who is now bartering on behalf of arts organisations in Norwich? 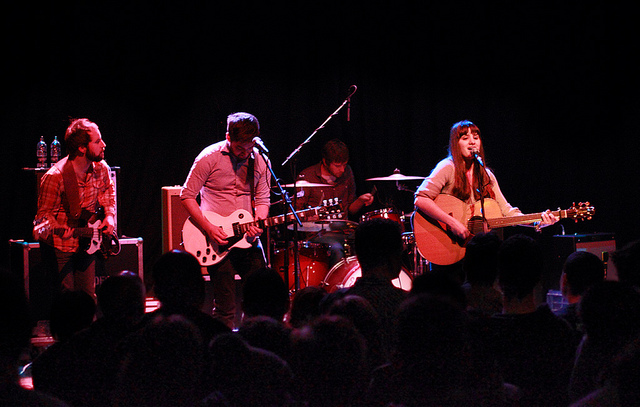 This leads to another issue – as arts officers disappear, artistic activity is naturally focused on the ‘easier to reach’ areas.

On balance, Professor Last was optimistic: he thought NPOs were taking up the work previously done by local authorities, in terms of building and maintaining networks, and the region was managing to collaborate effectively in the ‘harder to reach areas’ despite a clear decrease in resources. But Jode expressed doubts, saying smaller organisations don’t have the capacity to be community scouts or connectors in multiple places whilst also fulfilling project commitments. For her, less arts development was happening because there were fewer people to go out and develop it.

Catlin expressed similar concerns. “Creativity always bubbles up through the cracks,” she said, noting it would not be uncommon for someone in a bar to put on gigs or host an art exhibition. “People are very resourceful, but the problem is that it’s not strategic. Everything comes from the perspective of people who want to do the work, instead of those who need it.

“Arts development did it the other way around, and that’s what’s at risk.”

She continued: “Norwich is a doughnut, with neighbourhoods on the outside. Some people there have lost the sense of what employment is. If you talk about ‘highbrow work’, they just don’t relate to it,” she said, adding some artistic work taken to the outer areas of the city is too focused on being innovative, and is “steps further away from someone who really gets something out of clay – or something that isn’t high art, but it’s new to them”.

Jode made a similar point, recognising that Norwich is the place “to which all roads in Norfolk lead”. She added: “It’s a major urban centre. 50% of the population live there. Most arts organisations are based there. If there’s a doughnut of decreased arts support around greater Norwich, the rest of Norfolk is just left with the crumbs.”

The skills aren’t there

Art was previously grown in the regions; now it is grown elsewhere and taken there

As the infrastructure crumbles, a disconnect emerges between what funders are looking for and what arts organisations are offering – and it’s not just happening in Norfolk.

Samantha Devine, an artist who has worked in local Government commissioning in Yorkshire, noted a “general skills gap” among arts organisations applying for funding. She said the process is complicated, but the quality of submissions was “very poor” when she worked in the field, with bids often leaving her guessing who was going to benefit and how the work would contribute to local objectives or priorities.

“Some really good work might be proposed but it is often ineffectively sold to decision makers who don’t have the luxury to take a risk and just hope it works out anyway,” she told us.

Devine also said she saw several invitations to tender for work aimed at groups of vulnerable people – families whose children are at the edge of care, teenagers who are not attending school, young adults on rehabilitation programmes – which received “few or no bids / tenders”. For her, this suggested no-one in the arts wanted to support the “really troubled” or the “really disadvantaged”.

“There most definitely is money out there, and it can be tendered for,” she said. “Local councils do have limited budgets, so artists need to evolve to match those priorities.”

These issues relate directly to the decline of the arts officer. It’s difficult to use the right language in applications – the right ‘art speak’ – if you’ve not been taught how to do it, what your application did wrong last time, or which funders would be most receptive to your advances. It’s even more difficult if you’re juggling artistic ambitions alongside more pressing paid work – you need someone fighting your corner and helping you grow, and those people no longer exist or no longer have the time.

Similarly, while it’s to be commended that large swathes of adults and children engaged with a region-wide artistic project like the British Art Show, this must not be conflated with traditional arts development. Whereas dedicated arts officers were free to move around a region, offering advice and a range of support for organisations in need, their replacements – in the fortunate case that NPOs and other creative organisations step in – are structurally limited in their development capabilities and often anchored in the ‘easier-to-reach’ areas. Art was previously grown in the regions; now it is grown elsewhere and taken there.

And what happens to a region when arts officer expertise is lost to the sector? Who will be left to advocate for the arts inside the council, or offer the tools to develop creativity among people and areas that don’t know they would benefit from it?

Faced with questions about the future, Catlin’s response was measured. “There are always good people coming along,” she said. “As long as there’s somebody doing development work, I feel positive about the strong creative sector in the city.”

But the danger, she said, is that people are unaware of the cost of running small organisations. “People are turning themselves inside out to keep something going. I see people who are so pushed and stretched. Just a little bit of money would help.

“I wish it could be easier.”

This is the fourth in a series of articles exploring the impact that cuts to local authority budgets are having in the arts sector. Click here to read other articles and research in the series.