Who’d be a freelancer in the arts in 2019? Christy Romer sheds light on the human cost of being self employed in the cultural sector. 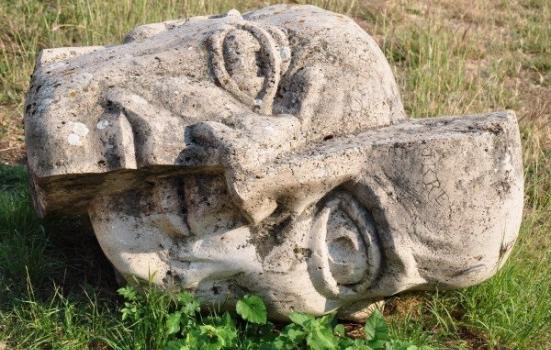 Given the choice, few people would opt for a career defined by crushing workloads, financial instability and mental strain. Where new entrants accept punishing conditions as the norm, constantly undercutting a fragile ecosystem.

But that’s just how it goes in the arts. Workers have two choices: shut up or leave.

There’s little hope for a solid pension or a decent work/life balance. There are few support mechanisms to challenge low pay, and it’s increasingly difficult to live on an arts income alone.

There’s also the persistent fear that to speak out is to invite a toxic black mark against your already fragile career.

But freelancers? Freelancers in the arts hit the instability jackpot. They enter a market with no money and ask for the scraps, billing for what the organisation can afford, not what the job is worth. Unlike employees, they’re never paid for the in-between times; they sometimes lose money in preparing for and delivering jobs, which employees don’t. And it’s probably the only industry in which taking on a PhD just to live off an associated scholarship – which one respondent to the ArtsPay survey reported doing – is an understandable career choice.

Naturally, meeting the high cost of living in cities – or trying to get a mortgage – becomes even harder for those on an inherently unreliable freelance income. But the challenges facing freelancers on a day-to-day basis are more complex than this, as responses to the survey underline.

Some respondents explained that the financial situation of arts organisations is so dire that freelancers are sometimes required to do their own fundraising to pay for the work they themselves would be bringing in. Projects may lead to other projects, respondents say, but they never lead to better pay, so workers become trapped in a cycle of reliance on others, whether they be parents, loved ones, or grant-making institutions.

One person commented that arts organisations’ failure to produce realistic budgets  – and funders’ reluctance to interrogate such budgets – was contributing to falling pay in the sector. “Often there is a fixed fee for project management and you know it’s not enough for the time that you put in and doesn’t allow for a decent daily rate,” they said, adding that there “wouldn’t be any work” if they rejected jobs without a decent daily rate.

Further pressure on freelance pay comes from the fact that some full-time workers supplement their main income with freelance work. One survey respondent said they’d only been able to increase earnings in their main job by £5k before tax after 23 years of working in the same kind of role for the council, forcing them to cover outgoings and wildly increasing rent with regular snippets of freelance art work.

And for people without the security of a permanent contract, there is always the possibility that one change in circumstances can throw everything. Writing in a blog, theatre maker Daniel Bye explained how being forced onto crutches for two weeks by a seemingly innocuous running accident had ripped apart his carefully calibrated financial plans and taught him about the precariousness of a freelance career. “The pain, the infection, the difficulty of getting around on crutches, the total exhaustion of it all, mean that everything non-essential had to be dropped,” he said, noting the same level of financial damage could be caused by a bereavement, a break-up, or an illness.

“However well you’re doing, it only takes one thing for it to all come tumbling down,” he added.

Yet people will continue to throw themselves into such conditions, because employed versions of the roles they’re looking for no longer exist – if they ever did. Speaking to AP, one artist in a London studio facing increased rates – which would have seriously threatened their own finely-balanced economic situation – said that for all the difficulties in juggling financial priorities and negotiating the emotional strain of relying on others, changing course was not an option. “We make art because the thought of not making art, even under these circumstances, is more painful,” the person added.

Another survey respondent summed it up similarly. “We are passionate about the work, we want it to be done brilliantly and we exploit ourselves by working above and beyond the fees we are offered,” they said. “We also agree to deliver projects that are hopelessly underfunded because we want to make them happen.

“Funders know we’ll do this so there’s no incentive for them to pay us properly or truly evaluate the proper costs of so many arts projects.”

They continued: “I am coming to the end of a three-year project which has been amazing and at first glance has been well paid - but hasn’t really. My skills and experience are such that if I were in a ‘proper job’ I would expect to be earning £30k - £35k+.

“Having said all that and despite the insecurity I’m going to continue for as long as I can.”

It’s no secret that working freelance is terribly insecure. The least the sector could do in response is make sure that conditions for such workers are as comfortable and dignified as possible.