If the national funder really cared about equality, it wouldn’t endorse a £2m application from a nine-day-old organisation, argues Christy Romer. 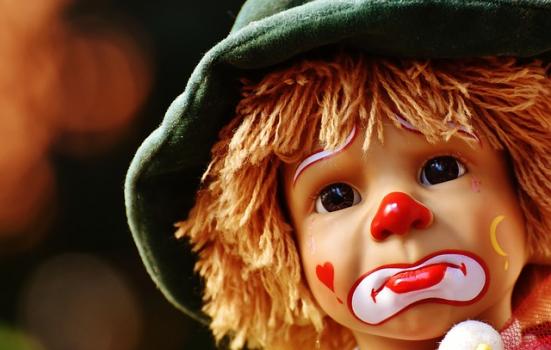 Emma Rice’s successor at the Globe has been selected – Michelle Terry, an award-winning actor. She will take over in April 2018, when Rice moves on to a new venture: Director of ‘Wise Children’, a new entry to Arts Council England’s (ACE) national portfolio for 2018–22.

But this is not to be celebrated. Even if Wise Children becomes the best, boldest and brashest theatre company of all time, its acceptance into the portfolio makes a mockery of the entire arts funding system.

This has nothing to do with the art, and everything to do with the Arts Council. Rice’s new company will receive £475,000 a year from 2018. That’s £25k more than Kneehigh, her old company. It’s over £100k more than Cast in Doncaster. It’s equivalent to two Punchdrunks, or four Emergency Exit Arts, or eight National Youth Choirs of Great Britain.

Would other bold artists, who hadn’t been blessed with the oxygen of publicity, be successful with a similarly astronomical application?

Wise Children, the company, didn’t exist until nine days before the deadline for registering a National Portfolio Organisation (NPO) application. It had no Twitter or Facebook presence until 27 June – the day the NPO funding was announced. On what grounds could any credible funder say the organisation has built up an effective track record – or, for arts nerds, fulfilled any of the financial or management criteria necessary to become one of ACE’s ‘Band 2’ organisations?

Equally, according to its website, Wise Children is “firmly and deeply rooted in the South West”. It’s classified as ‘South West’ in Arts Council England’s NPO spreadsheet, handily forming part of the big splash the national funder made about “investing £170 million more outside of London”.

But Wise Children is not based in the South West. It’s registered in London, and is going to be a resident company at The Old Vic – eight minutes’ walk from the National Theatre. Speaking about the residency, Rice said: “It makes total narrative and thrilling sense to start the Wise Children journey at The Old Vic!”

This has happened before: Matthew Bourne’s dance company Re:Bourne was registered as South East, but was based at Sadler’s Wells – in central London.

Maybe you think this is all irrelevant. I’ve had conversations with artists who were completely incredulous about my objections – “you’ll not find anyone who disagrees with the funding for Wise Children,” they said. “Rice’s got a great track record, so I say good on her,” they added.

I’ll accept it: the company has a stunning name, a renowned director with a reputation for bold and inclusive work, and an exciting vision. It may be that Wise Children makes the best shows I’ve ever seen. It may be that the company’s success provides a resounding and gratifying riposte to a ridiculous cock-up at Shakespeare’s Globe – which employed someone with the specific remit of doing something different, and then made it impossible for that person to continue doing anything different.

And it’s not as if the Arts Council is doing anything the Government wouldn’t do. Ministers are happy to savage local authority budgets and berate councils for “choosing” to stop funding museums, whilst also digging out £78m from the back of the sofa to fund a new mega venue in Manchester.

But you have to ask: would other bold artists, who hadn’t been blessed with the oxygen of publicity, be successful with a similarly astronomical application?

And how did the Arts Council settle on £475,000 a year? If Wise Children’s successful application is entirely based on faith and a strong vision, and more money equals more opportunities, shouldn’t ACE have given the organisation more of a fighting chance and chucked, I don’t know, an annual £600k at it? Or £930k?

The whole saga shows how abhorrent and absurd the process of getting funding remains. There are, and always have been, two sets of rules: one for those with friends at the Arts Council, and one for those without (special thanks on the Wise Children website are reserved for ACE's Neil Darlison, Simon Mellor and Phil Gibby for "very real support just when it mattered").

How can it be that renowned arts centres, such as the Drum in Birmingham, are allowed to wither away and die – under the guise of “efficiency” and “tightened budgets” – yet the path is cleared for a vision favoured by a handful of senior people at the Arts Council? How can we look the other way when a couple of people in control of public money decide to twist every rule imaginable to give someone £2m because they think she deserves it?