Local authority arts cuts: Optimism can only take us so far

Arts organisations are resourceful, collaborative, entrepreneurial and imaginative, but we must recognise that the long-term decline in public funding will eventually topple a generation. Christy Romer introduces AP’s latest feature series on ‘Local authority arts cuts’. 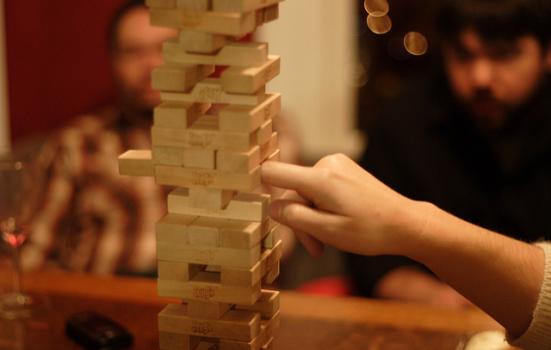 brianteutsch via Visual Hunt / CC BY

One of the most pervasive myths is that creativity blossoms under adversity. You can throw anything at artists, the theory goes – sleep deprivation, debt, isolation, malnutrition – and the output will only be stronger.

For better or for worse, this thinking seems to be out in full force when talking about decreased public funding for the arts. However oppressive the cuts, however squeezed the salaries, however difficult it is to attract sustained giving, people believe arts organisations will survive - that somehow, unlike anything else, the arts are infinitely resistant to continual financial setbacks.

But resilience is impossible on top of such unstable foundations. Local authorities have recieved 38% less funding from Government since 2010, and local arts spending has fallen by 17% (£236m) in that time. In some areas, arts budgets have been cut significantly, while in others, grants are being phased out entirely. Central Government deems local decisions to cut arts funding the result of ‘political choice’ or ‘inefficiency’ – shamefully brushing over a systemic lack of resources – and other available funds are either in sharp decline or forced to reaffirm that they are not the answer.

“If arts organisations are not tied to local funding, there’s the risk of a gradual distancing of organisations from local priorities”

The situation is bad, and the future looks worse. Local authority budgets are under pressure partly because people are living and being sicker for longer. “In 2009, following the recession, there was a very real shock to the system,” Polly Hamilton, Vice Chair of the Chief Cultural & Leisure Officers Association (CLOA), told AP. “Now everything that can be done to mask and alleviate the funding cuts has already been done. Local government has tried to protect frontline services, so what we’ve witnessed is a gradual hollowing out – we now have very little or no capacity for things not visible to the public.”

Throw in a number of other issues, such as slumping success rates with applications to major trusts and foundations, declining Lottery revenues, the culling of arts officers, the ripple-like effects of cuts to one part of the arts ecology, and a bleak picture emerges. And there’s no way these trends are affecting organisations equally. If national companies in Wales with multimillion-pound turnovers find it difficult to have someone available in London to build up relationships with trusts and foundations, what hope is there for those in more rural areas, with fewer members of staff and without regular funding or training?

This may seem relentlessly pessimistic, but unfortunately there’s more. A raft of concerns have emerged from a survey AP ran this summer. 78% of respondents said the number of arts officers at their local authority had been cut. Of the respondents who worked with or for an arts organisation, 85% said they were likely to or had already lost local authority funding. Respondents agreed fewer artistic risks were being taken (70%), other sources of funding were not filling gaps left by local authorities (67%), and local arts scenes were losing their central point of contact (71%).

Earned income is good, but it is not addressing chronic instability quickly enough

She also questioned whether the introduction of the new ‘metro-mayors’ would lead to tangible benefits for arts organisations. “At the moment, there’s not very much to hold on to,” she added. “There’s a frustration, because we’ve known the train was coming. Now there are levels of strategy that might be able to save us – to push us off the tracks – but we don’t know how it’s all going to work yet, and neither does anyone else.”

And while survey responses about the effects of cuts were overwhelmingly negative – stressing networks for artists and organisations to meet and discuss “have disappeared”, and increasingly fierce competition for meagre resources is the new normal – there was no lack of advice for how cash-strapped local authorities could forge a route forwards: respondents urged local authorities to do more “power sharing / problem sharing with the community”; to lead from behind on collaborative funding proposals; and to “strongly lobby” Government to stop “ridiculous cuts” to councils.

“Because of cuts to local authority funding, some areas are losing all or almost all funding for culture… What we should have is enough funding for councils to fund all the services they need to. And that’s not a pipeline dream or unaffordable…,” one respondent wrote.

“I don’t think central government should get away with cutting and then leaving local politicians to take the difficult decisions.”

But as much as we bask in this passion, or in the rise of partnership working and entrepreneurial attitudes, we must not forget that any new sources of income are deemed a success only in so much as they soften the impact of funding cuts. Earned income is good, but it is not addressing chronic instability quickly enough: a majority of survey respondents said they had or were planning to cut staff numbers, and had or were planning to make administrative savings.

No one wants to come across looking as if they don’t believe in their area. And no one wants to look as if they either undervalue the consistent sacrifices made by local arts organisations, or believe that growth is impossible. But if we care about using the arts to address inequality, we must accept that there is, and can be, no replacement for steady public funding.

“This is hard for arts organisations that have been struggling, but the truth is they have to find their own solutions,” Hamilton added. “If funding exists now, it’s not going to exist in a couple of years. The trajectory is that there will not be money for anything other than adult and child social care in a few years.

“There’s a bottomless pit of need over there. It’s hard. Really hard.”

This is the first in a series of articles exploring the impact that cuts to local authority budgets are having in the arts sector. Next will be a look at the challenges of moving local authority-run arts services over to an independent trust, focusing on the case of Harrow Arts Centre; then an exploration of how the relationship between arts organisations and trusts and foundations is changing in the wake of cuts. The final piece will focus on the decline of the arts officer, using Norfolk and Norwich as a case study.

Pulse report: Local authority arts funding – what should be done?