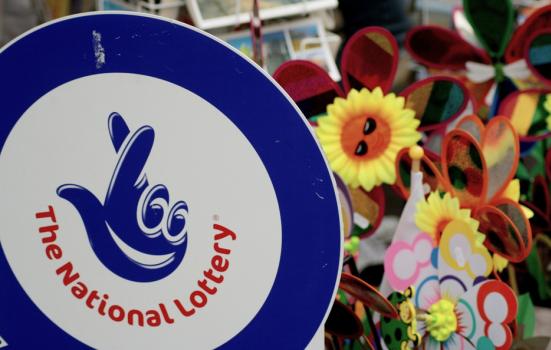 Arts funding through the National Lottery was down by around £55m last year, following a “disappointing performance” which saw total Lottery sales income fall by 8.8% and returns to good causes by 14.4%.

Lottery operator Camelot has warned it expects the decline in sales to continue this year, which means arts funding is also likely to fall further. It is launching an internal review of its operations.

“Given the current climate of economic uncertainty and increasing competition from the gambling sector, we expect 2017/18 to be equally, if not more, challenging for the National Lottery,” said Camelot Chairman Jo Taylor.

“It will therefore take time to turn things around and I anticipate a further sales decline this year.”

Camelot blamed the lower returns on a “disappointing performance” across the draw-based Lottery games, adding that player confidence in its flagship ‘Lotto’ game was dented by long periods without a winner in early 2016.

Draw-based games return a higher proportion of income to good causes, meaning the arts have been disproportionately affected by this drop in sales.

This continues a downward trend in the proportion of total Lottery income returned to good causes, which was 23.5% in 2016/17, down from 25% last year.

After years of consistent growth, the first sign of a change in the Lottery’s fortunes came when the figures for the first six months of 2016/17 were released at the end of last year. They indicated a significant fall in sales and an £18m drop in returns for the arts.

Arts Council England (ACE) receives around 14% of the total good causes funding. In 2015/16 this was around £266m, meaning it will have suffered around a £38m drop in income last year.

The extent of the arts council’s vulnerability to fluctuations in Lottery income is unclear. ACE started using Lottery funds to provide core funding to some of its National Portfolio Organisations (NPOs) in 2015 and now awards £70m in Lottery funds to around 90 NPOs annually. After years of growth, by March 2016 its Lottery reserves had swelled to an all-time high of £334m.

ACE pledged to release some of these stockpiled funds last summer. It would not confirm whether this had happened yet, but told AP: “If the current downward trend in Lottery revenue continues, this will affect the amount of budget available for future rounds and might mean we won’t be able to fund as much as we’d like”.

Arts councils across the UK are facing similar difficult decisions. A spokesperson for the Arts of Council Wales (ACW) said: “As we planned our spending in advance of 2016/17, the DCMS income projection that we were working to for that year was £18m. Actual income from the National Lottery in 2016/17 was £16.4m. As well as being a reduction on the planning figure for 2016/17, it was also £2.9m less than the level of income received in 2015/16.

“In the short-term the Arts Council of Wales has had to fund fewer projects that it might otherwise have been able to support. We’re therefore reviewing all of our Lottery funding programmes to see how we can sustain future patterns of funding and support.”

ACW hopes to conclude this review by the autumn.

The Arts Council of Northern Ireland (ACNI) – which last week announced it had managed to mitigate funding cuts to its 107 annually funded organisations by using Lottery income to safeguard programming – said its Lottery income fell by from £10.8m in 2015/16 to £9.1m in 2016/17.

A spokesperson said ACNI has “budgeted accordingly” to address the declining income, and although it has not altered its funding programmes yet, it “will continue to monitor the situation”.

Creative Scotland confirmed its Lottery income had fallen by £5.3m in 2016/17, to £29.1m. A spokesperson said: “There have always been fluctuations in our income from the National Lottery which we manage so that we can continue to support as many great projects across Scotland as possible.”

Camelot has announced a strategic review following the release of the figures, which it dubbed the “fourth-best sales performance” since the National Lottery’s launch in 1994.

Led by the CEO of Camelot Global, Nigel Railton, the review will focus on commercial plans to boost sales performance, investment in technology and systems, the current business structure, and long-term succession.

Recognising the disappointing results, Taylor added: “I am, however, confident that the review will enable us to put the business on the best possible footing to get back into growth – and so deliver even more for our players and the millions of people for whom National Lottery funding is so crucial over the remainder of this licence period.”