Bristol City Council denies that the £380k cuts to its culture budget undermine a strategic partnership signed with the national funder in 2015. 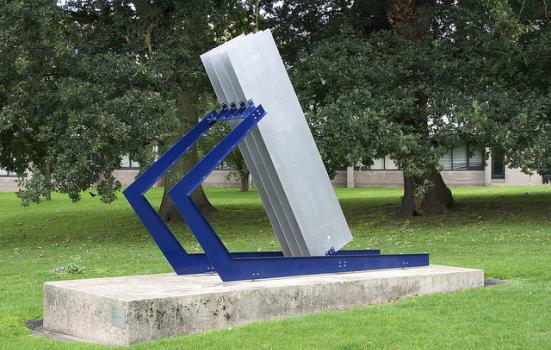 Sculpture exhibited at The Arnolfini, Bristol

The national funder believes the impending cuts will be counter-productive, given the significant contribution the arts make to Bristol’s economy and wellbeing in return for a relatively small investment.

“The cuts may be devastating for the cultural life of the city but will produce only minimal savings to the Council’s budget,” said Phil Gibby, ACE’s South West Area Director.

“We have worked closely with Bristol City Council over many years to develop the cultural offer and we will, of course, continue to do so, but what we can’t and won’t do is simply step in and increase funding to make up for reductions in local authority funding.”

The decision to cut arts funding seems to run contrary to a Memorandum of Understanding signed between ACE and the local authority in 2015. This partnership – renewing a previous agreement – committed both parties to improving the availability of funding for arts and cultural providers in the Bristol area.

But Bristol City Council said it “absolutely” stands by the document and the cuts do not undermine the spirit of the partnership. “The Memorandum is about us [and ACE] working together to ensure the sector can survive in the best way possible, given the position we’re in,” Laura Pye, Head of Culture at Bristol City Council, told AP.

Pye said ACE remains a key strategic partner and was extensively consulted before the cuts were announced. She added that the decision to delay the cuts until the start of the next three-year funding cycle, drop original proposals for a 50% cut in the next financial year, and introduce relatively greater cuts in other sectors, prove the city is prioritising arts and culture.

“We’ve seen major cuts happen in every other major city in the country, and Bristol hasn’t until now cut cultural services in that way, but absolutely we understand the role and the importance of culture to the economy, in terms of wellbeing and place making,” she said.

She continued: “We still meet regularly [with ACE], we work together on lots of things, we’re talking to one another, we’re working on the new cultural strategy for the city.

“We’re looking for a different way forward, maybe, but we’re still looking to best support the sector to thrive.”