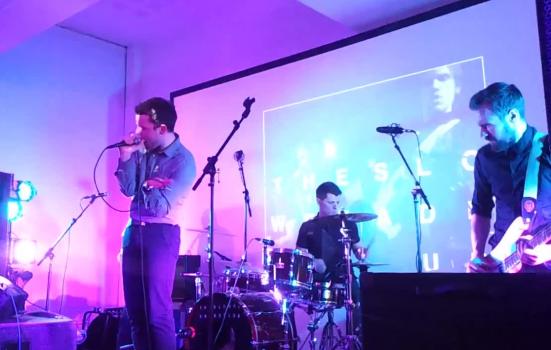 Arts Council England (ACE) has given libraries a key role in its new ten-year strategy: it says they will be “central” to delivering its plans and promises to increase its investment in them over the next ten years.

This follows repeated efforts by the funder to highlight libraries’ importance. In a recent interview ACE’s Chair Sir Nicholas Serota said the organisation wanted to help libraries “move into the 21st century”. And in a keynote speech at a Gulbenkian Foundation conference in June last year, he made the case that libraries should present themselves almost as cultural institutions – both architecturally and in what they offer the communities they serve.

It’s fantastic to see libraries recognised as valuable public spaces that need protection and increased support, but I’m concerned that the attempt to rejuvenate them through the arts could backfire. Rather than reviving libraries, it could transform them into something else completely.

Statistics from DCMS’s Taking Part survey shows libraries are the only space used proportionally more by Black, Asian and ethnic minority (BAME) audiences than those who identify as White. In contrast, arts organisations and museums are used disproportionately by White audiences - despite more than a decade of language, policy and schemes aiming to support diversity.

Many of those who have suffered the most from austerity are outside the dominant culture. And libraries, which similarly sit on the edge of the mainstream arts world, are among the public learning and cultural institutions that have been cut back most drastically. Since 2010, 773 libraries have been closed and spending on library services has been cut from over £1bn to less than £750m. The arts have fared better. While the sector is rightly concerned about about cuts, the biggest institutions have been supported not just to sustain themselves but to expand: the recent £250m-plus Tate Modern extension received substantial government support under austerity.

It makes complete sense for libraries to now become a key priority for ACE. Investing in their revival can bring much-needed resources to an ecosystem that has been devalued and ignored in recent public policy. But this can’t be another culture-led regeneration mission, based on professionalised programming that leaves many alienated.

Libraries are, and have always been, used for a range of purposes including reading, learning, relaxing, providing official services, advice (informal and formal), and socialising. Many host a wide range of community groups who organise activities and programming. People often have far more input into the way libraries are used as public spaces than they do with arts and cultural spaces – for all their outreach. At its best, the library is an intergenerational resource that adapts and moulds around the communities it finds itself in. There’s no single working model that libraries use: each situation is different. But what’s clear is that if nurtured and financially supported, the idea of the library as community hub – dynamic and open for use as a public space – has tremendous potential.

But any revival of libraries needs to be rooted in the existing qualities that make them such cherished community resources. Outside the professional arts sector, libraries have engendered a trust that has eluded many traditional arts venues – and this must not be lost. The arts can definitely support the development of libraries, and amplify the case for reinvestment. But libraries must not succumb to the fate of the many art and culture-led spaces that have inadvertently become dominated by the middle classes.

It’s truly welcome that libraries have become central to the conversation about ACE’s future investment, but libraries should not have to become trendy cultural hubs in order to survive. They are already cultural hubs – albeit often overlooked ones – and arts professionals have as much to learn from libraries as they have to teach them.

The great library at Alexandria was a surprisingly busy and noisy place - not a quiet reading space - but full of activity, scientific experiments, noise etc. I fear the arts in general are so much under attack that we need to use all available spaces and facilities to their maximum - careful scheduling can create quiet times as required, but I would like to see far more creative work (including discussions and conversations) being done in libraries, for all age groups.