City of Culture 2025 a 'springboard' regardless of longlist

The challenge now for some of the latecomers will be completing years' worth of planning in weeks. 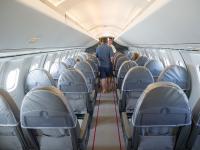 Julie Bécaud, now a researcher at the Scottish Maritime Museum, explains her first steps into the arts in the UK.

A citizen's assembly on the role of arts and culture - the first of its kind anywhere in the world - has begun.

A new website launched on Thursday (October 14) for residents of Coventry to share their views on how arts and culture can shape the city's future.

The ideas given online will be debated by 50 paid participants, who have been randomly selected from a representative sample of the population.

That group's recommendations will help form Coventry's long term cultural planning and a series of creative projects in 2022.

“This poll is a way of getting a sense of how the wider city feels about the issues the assembly is debating, and of feeding other views, perspectives and ideas in for the assembly participants to deliberate," said Janet Vaughan, Co-Artistic Director of project lead Talking Birds.

Fifty-four priority areas for investment have high rates of deprivation and low cultural engagement, but some of the lowest funded regions have missed out. 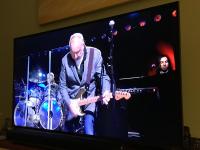 How useful are pre-pandemic datasets?

Lockdowns, venue closures, cancelled and postponed events – the era of Coronavirus has created an 18-month crevasse in our databases. Libby Papakyriacou has been assessing the role of historic data in the sector’s recovery.

Issues of access have beleaguered artists and audiences alike. Jamie Wyld explores how access streams can be used in innovative ways to enhance both artist and audience experience.

Partnership to rebuild a 'sense of workplace community'

National Theatre has announced a new partnership to explore "the benefits of collaboration and creativity in working life".

The organisation will run a year-long programme of free creative workshops at three of British Land's residential-come-retail campuses: Paddington Central, Regent's Place and Broadgate, also the site of a new workspace for creative freelancers.

More than 40,000 people will have access to events to develop their movement, posture, speech and language and a series of thought leadership panel discussions on representation, inclusion and marrying corporate and cultural spaces post-pandemic.

British Land Head of Campuses David Lockyear said: "Partnerships such as this highlight that the return to the office is about more than just work; it represents our belief that London’s diverse and thriving culture should be part of that experience."

Swansea Council says the pandemic changed its plans to enter the UK City of Culture 2025 contest.

The city bid for the title in the first three years of the competition and was shortlisted for the 2017 and 2021 years.

Council Leader Rob Stewart said: “Our current efforts are firmly focused on helping Swansea and its cultural community lead Wales out of the pandemic”.

Stewart added it is likely it will consider a bid in future years.

Wales is represented on the 2025 longlist by Newport, Powys, Conwy County, Bangor and Northwest Wales.

A report commissioned by the Arts Council of Wales says it is entrenched in white supremacy and has ignored calls for change. It appears to be doing the same again.

Museums have not yet returned to full strength despite restrictions lifting. The challenges for smaller and larger sites this summer differ.

Two thirds would choose venues with Covid certification on entry over those taking a laissez-faire approach.

Venues are pleading for leniency on isolation rules that threaten to derail their reopening, but audiences remain hesitant.

Medway’s City of Culture bid on track despite UCA closure

Medway Council promises a "resilient" bid as local politicians and students oppose the University of Creative Arts’ decision to close its Rochester campus.