Can libraries deliver culture for all? ACE’s new strategy unveiled

Children, young people and libraries are central to the funder’s ambitions to enable everyone to benefit from creative and cultural opportunities. 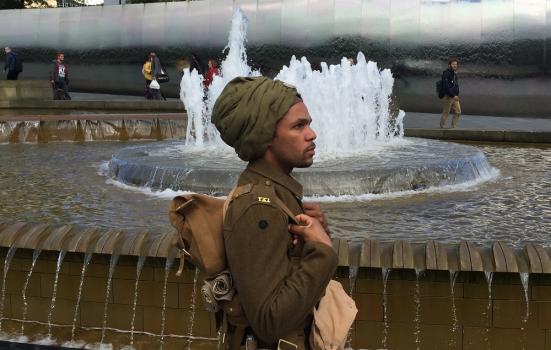 ACE believes the 'we're here because we're here' commemoration of the First World War in 2016 demonstrates the national impact of its support for creativity.
Photo:

Arts Council England (ACE) plans to increase its investment in libraries over the next decade to help tackle “historic imbalances” in cultural funding.

In ACE’s new 10 year strategy published this week, the only specific financial commitment in its 79 pages is the pledge to boost library spending.

ACE will pay specific attention to serving D/deaf and disabled, BAME and working class audiences, “who have traditionally had least access to our resources and “aim for a better balance of investment across the country”. It is also promising to provide more accessible career pathways for young people into the creative sector.

The document, called 'Let’s Create’, reveals ACE’s four key investment principles up to 2030 will be inclusivity and relevance, dynamism, environmental responsibility and ambition and quality.

ACE stresses the need for the sector – including itself – to adapt to a changing world. It wants organisations to become more "entrepreneurial", developing partnerships with other sectors from healthcare to higher education, and to agree to new diversity targets. It also hints at a radical revision of funding approaches, suggesting ACE could develop alternative models alongside its traditional grants, including loans and holding stakes in organisations.

The strategy is unlikely to satisfy everyone: a group of cultural thought leaders recently said the funder was “in a hole” and published an alternative strategy calling for a radical rethink.

As part of ACE’s “inclusivity and relevance” investment principle, organisations receiving funding will have to agree to targets for how they, their work and audiences will reflect their communities – including in terms of socio-economic background.

During the consultation period which included a draft strategy published in June, ACE found that “many people are uncomfortable with the label ‘the arts’ and associate it only with either the visual arts or ‘high art’, such as ballet or opera’ – despite most people valuing creativity and having “active cultural lives”.

The new strategy describes England’s network of public libraries as “often providing the first point of access to cultural activity”.

It adds: “They are the country’s most widespread and well-used cultural spaces, sitting at the heart of communities. They help to build stronger, happier communities, support social prescribing, develop readers and promote digital literacy. They will be central to our delivery of this strategy, and over the next 10 years we will increase our investment in them.”

The funder’s focus on libraries follows a sustained decrease in investment in them, leading to widespread closures and many services relying on volunteers to stay open. Across England, Wales and Scotland, the number of library services open more than 10 hours a week has fallen by 773 (18%) since 2010.

A restoration of revenue funding?

Speaking to ArtsProfessional before he had seen the final strategy, Nick Poole, Chief Executive of library sector body CILIP, said “we are really excited and really pleased” that ACE saw a key role for libraries. But he added “we need to make sure that the aspiration meets the reality”.

“Libraries have absolutely transformed themselves so they can play that role,” said Poole. “We now need to make sure there are enough libraries and librarians to deliver on the promise”.

He said CILIP would be calling for a restoration of revenue funding for local libraries to its level in 2010/11, since when it has fallen by £250m (25%). Some of the Government’s £250m Culture Investment Fund will be used to upgrade public libraries’ buildings and technology. But Poole said boosting revenue funding was essential alongside this, “otherwise you’re putting project money into a system that doesn’t have the capacity to deliver on it”.

Local councils are required to provide libraries by law (unlike arts services) and increasing numbers of authorities have used them to deliver other services. ACE has been responsible for England’s libraries since 2011 and since 2018, some library services have been included in its national portfolio. Poole said the evolution of libraries to support digital literacy and creativity meant that bringing libraries and arts together was “not the strange graft we thought it was going to be, it’s actually quite a natural fit”.

He hoped the strategy “triggers a coming together” of local library, museum and arts services, pointing to Manchester as a location that had already based a strong cultural offer around its Central Library.

“Ambition and quality” will be another key principle underpinning ACE’s investment. Where the draft strategy published in June said judgments about quality are “inevitably subjective”, ACE now describes them as “complex and open to debate”. ACE says that while it will seeks to develop a shared language around quality, it will ultimately take responsibility for the judgements that inform its decisions.

A perceived tension between quality and increasing access to culture was at the heart of a row within ACE last year when some expressed fears over “dumbing down” art.

And the fourth is “environmental responsibility”, where ACE wants cultural organisations to act as “leaders within their communities”.

ACE says: “we will be clearer about the fact that we are open to taking risks, and that we accept that not all of our investments will be immediately successful.”

Addressing regional imbalances, ACE’s strategy says cultural opportunities are “currently uneven, particularly for those living in towns or rural areas, where public transport is often either unavailable or expensive”.

It will aim for “a better balance of investment across the country”, working with partners on projects including “capital investment in physical and digital infrastructure and the use of technology to distribute cultural content into homes, cultural venues and community spaces”.

The part of ACE’s draft strategy which focused on support for individual artists has been revised in the final document. In the draft, ACE said it would “give greater support to individual artists and creative practitioners who want to turn their creativity into a career.” The final strategy says instead that the funder will “create clearer, more accessible pathways for children and young people who are interested in pursuing careers in the creative industries”.

ACE’s Chair Sir Nicholas Serota said the strategy would “value the creative potential in each of us, provide communities in every corner of the country with more opportunities to enjoy culture, and celebrate greatness of every kind. It marks a significant change, but an evolutionary one: honouring and building upon the successes of the last decade while confronting the challenges and embracing the exciting possibilities of the next.”