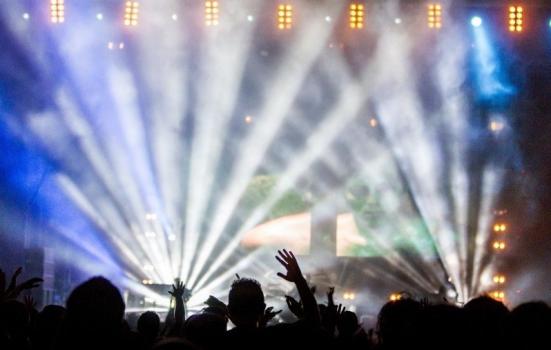 Arts Council England (ACE) will soon launch its new strategy for the next ten years. We haven’t seen this – but if the ideas in it are anything like those in its last year's draft strategy, ACE is in a hole.

Vague generalisations and arcane art-speak about “cultural communities”, “a creative and cultural country”, “ambition and quality”, “inclusivity and relevance”, “dynamism and environmental sustainability” simply don’t cut it. They don’t connect with most people. By ACE’s own admission, despite ten years of pursuing ‘Great Art and Culture for Everyone’ through its last strategy, the arts and what ACE understands by culture remain the relatively exclusive reserve of a minority. At the same time, arts education is disappearing from the curriculum for a rising generation of young people. This calls for a more fundamental reappraisal of ACE’s purpose and approach.

We think ACE needs to get back to some basic principles. It needs to recover its key values, rather than rely on bland outcomes that are so obvious that no one could disagree with them. With the arts and culture under pressure and the country deeply divided, we decided the best thing we could do was to suggest a different starting point for national cultural policy, with practical suggestions on how it might be carried out. That’s why we’ve decided to publish our own alternative, cultural strategy for England.

Download: ACE in a hole?: An alternative cultural strategy for England

We believe that any approach to supporting the arts and culture should be governed by four fundamental principles: justice, trust, accountability, and risk.

Justice must underpin any effective cultural strategy. The current system of cultural funding continues to favour a section of the population that by and large already enjoys the arts and culture, thanks to advantages of money, education and geographic location. To be able to explore one’s own creativity and engage critically with the creativity of others should be a basic right. Education, and specifically arts education, is the gateway to making that right a reality, but current government policy is deliberately erecting barriers to arts and cultural education, denying access to the arts.

‘Diversity’ is only the latest term to have been exhausted in the search for a solution to the problem that a large proportion of the population feels that the arts and culture do not speak to or for them. ACE should not have to commit its limited funds to every form of cultural expression. But justice demands that its priorities should start from where people are at, not where historical baggage and vested interests happen to be most powerful. Entitlement to culture should not be restricted to the entitled.

Justice should be the principle that governs the distribution of resources and access. Public participation should not be limited to being potential audience members or one of the ‘outreached to’. The public should be given a voice in the decisions that affect their cultural life – for example, through citizens’ juries or assemblies.

Justice must be the first principle, because it governs all the others. Until there is a just distribution of investment and resources, publicly funded arts and culture will continue to be seen as the property of the privileged.

Trust has been lost in a system totally ensnared in a byzantine maze of targets, metrics, monitoring and evaluations. Trust should form the relationship between the government and ACE, and between ACE and those it funds. To work creatively, individuals and organisations need to feel in control of their own destiny, able to work with imagination (not just competence) and that what they are doing has a purpose.

Cultural organisations must regain their autonomy by earning it – and that includes ACE itself. The power relationship between ACE and cultural organisations needs to be reversed. ACE exists to serve its ‘clients’ – that used to be the favoured terminology. But now the recipients of funding are more likely to feel that their core purpose is to fulfil targets set by ACE. Relationships based on mutual trust would help ACE to be what it says it wants to be – an advocate for the arts, not an auditor of the arts. The creative process needs room to breathe.

Accountability and trust are not mutually exclusive. Accountability should not be to the government or ACE, but to the public that is the source of funding. Without that public accountability, ‘art’ becomes what Arts Council England says it is: a circular and self-fulfilling definition that leaves the majority of people on the outside. In a mature democracy alive with energetic new thinking and technologies that are revolutionising ideas about governance, responsiveness and accountability, the arts should be leading change, not clinging to out-of-date and often elitist decision-making structures.

Risk is key to creativity. Risk presupposes occasional failure. And as a swathe of professional disciplines (from engineering to bio-technology and even video-games-development) attest, failure is often a positive. It is work in progress. Throughout history artists have been the foremost champions of that positive view of experimentation. Without risk, a dead culture will extinguish the spark of creativity whose origins are by definition unknowable.

Instead of judging cultural organisations using vague and relativistic terms such as ‘excellence’, ACE should make its assessments in terms of the talent that has been demonstrated, and the potential that it shows. By trusting an organisation or an individual’s sense of purpose, the risk it takes in supporting them will be rewarded by a renewed confidence on the part of those to whom they commit. Confidence encourages creativity, as well as trust.

We believe these principles should underpin any convincing cultural strategy, and in our alternative strategy we have made a number of proposals that show what could be done. They are too many to list in this article, but they suggest how cultural justice might be achieved by a more a democratic and participatory decision-making process. We have looked outside the UK for examples of good practice, suggested ways in which arts organisations can co-operate, new talent be nurtured and mutual trust regenerated.

Above all we have suggested ways in which ACE could regain the confidence it appears to have lost in its own judgements. It will be interesting to see how ACE responds to our arguments. It may be that when it is announced, their new ten-year strategy will have all the answers. For all our sakes, let’s hope so.

Read in full: ACE in a hole?: An alternative cultural strategy for England

If you would like to contribute to the conversation on ACE's new ten year strategy, please leave a comment below.

Really loved this piece, thank you AP for your continued useful lens on the sector. Scrolling down and seeing two white middle-aged authors immediately made me look to see if there was diversity in those who wrote it. I'd be interested to know, and it would be great to see that the authors are in fact diverse. If not, that may be simply an indication of the wider challenge and opportunity.
As a white, male more than middle-aged contributor to the report, I would say we are bang to rights over diversity. It reflects the extent to which the system needs changing, but also inhibits that change.
All four areas chimed, so thanks for the article - it feels spot on. Trust runs through all of it and "lost in a system totally ensnared in a byzantine maze of targets, metrics, monitoring and evaluations" sums the situation up perfectly. This trickles down into NPOs and their artist-development programmes where (if we value the time taken to apply at a.n rates for example) we, in effect, lose money even if successful when applying for small pots of funding. It is a system not fit for purpose, and I can't think of any other industry that runs this way.
Thanks for this article, AP, it is time that we saw some real change in who and what is funded and the relationship most organisations endure with ACE. It would take real vision, leadership and willingness to take flak from the vested interests, however. Along with the piece about Lottery funding, which has long caused me concern as we rely on it more and more (it was once described as a tax for the poor, because we knew that people on lower incomes tended to buy the tickets), our key funders have some big issues to address, and soon.