Independent artists and producers are vulnerable to exploitation in a two-tier system characterised by precarious employment among the majority of cultural workers says Martin Cox, who challenges the status quo. 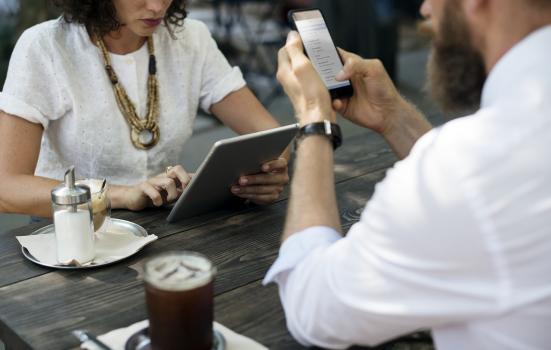 A cursory scan of writing concerned with cultural employment reveals a sector that institutionalises a shocking imbalance of power. In this two-tier labour market, the vast majority of cultural workers are condemned to what cultural theorist Angela McRobbie calls ‘permanently transitional work’, offering their creative efforts as cannon fodder for the career ambitions of a highly insulated leadership elite. The ability of so few to claim the achievements of so many creates a glass ceiling that suppresses talent and resists much-needed change.

The transitional nature of cultural employment favours the ‘networkist’. Coffee-shop commissioning systemises ‘hiring as cultural matching’ and makes ‘redundant or simply old-fashioned the procedures developed by leftist and social democratic ﻿authorities to protect against nepotism and corruption and to give equal chances for jobs to people who would otherwise be marginalised or disadvantaged’ (1).

But what really tips the balance is the lack of accountability. The celebrated ‘arms-length principle’, originally introduced to protect culture from the cack-handed meddling of politicians, has acted to remove any credible avenues of accountability, leaving the freelancer to count on the integrity of the individual commissioner.

These systemic weaknesses not only institutionalise a lack of diversity and social exclusion. They also gag dissent and silence voices that need to be heard, including the independent artist or producer, who must avoid being branded ‘difficult’ if they are to secure their next job.

The result is that independent cultural workers are reluctant to report, challenge or condemn unethical practice, mis-management or bullying when it is exercised by a member of the highly-networked leadership elite. Most artists and cultural producers know that ACE (or another funder) will be extremely unlikely to intervene. It is far easier to ignore the disruptive bellyaching of an individual than frustrate the institutional framework of its own design.

Those who find themselves in need of arbitration discover that ACE has no procedure in place to log or act on a complaint. And even in a situation where an independent artist or producer is able to use the services of a professional union, it is strategically ill-advised to risk being jettisoned from the temple when the balance of power is tipped so sharply towards protecting the institution.

The achievement of our cultural leadership should not be understated. Keeping the show on the road in challenging times requires tenacity, resolve and vision. Leaders in the arts endure tremendous pressure, long hours and the risk of burnout. Most people in leadership roles will be acutely aware of their responsibility to the brilliant artists, producers and cultural alchemists who create the stuff upon which whole the apparatus of culture depends.

Recently, ACE has done a good job of publicly lashing itself for the sector’s inequality, introducing measures to address these challenges. However, in my view they are insufficient and only scratch at the surface rather than tackle the structural conditions that reproduce inequality.

But, as the recent Changing Cultures: Transforming leadership in the arts, museums and libraries report finds, the sector ﻿needs ‘a radical change in the skills, attributes and behaviours required of its leaders. Developing leaders is no longer a question of focusing on the person at the top of an organisation, but of creating opportunities for individuals to lead at all levels’ (2).

Perhaps now is the time to diversify leadership through new institutional and funding structures that enable artists and producers to collectivise, self-govern and connect directly with audiences.

An imbalance of power that leaves so many cultural workers afraid to challenge unethical practice, whilst allowing members of a leadership elite to act with impunity, is bad for business and creates a safe space for questionable behaviour. It also risks reducing our cultural public institutions to being the outposts of a cultural junta, imposing a hierarchy of cultural values that are entirely alienating to the communities they purport to serve.

It is hardly surprising that ACE’s Cultural Democracy in Practice report has been roundly handed the rubber chicken. If ACE wants to credibly introduce themes of cultural democracy, it might tackle precarious employment, empower independent cultural workers and introduce safeguards that crack down on unethical practice. That would be a good place to start.

Martin Cox is a creative practitioner, producer and researcher.

2 McRobbie, A. (2013) ‘Key Concepts for urban creative industry in the UK’, Journal of Information, Communication and Ethics in Society Information and Modeling, 53(9), pp. 1689–99