What might a no-deal Brexit do to the independent grassroots networks that currently flourish across the continent, asks Martin Cox. 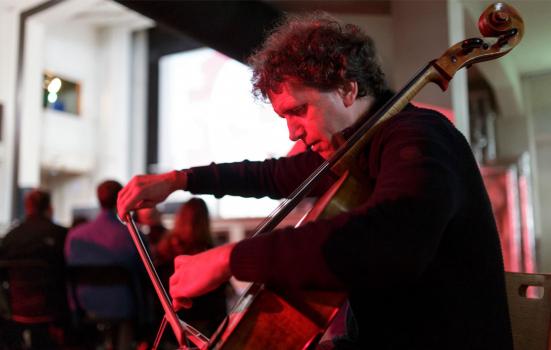 A performance at the TEH meeting

For many in the cultural sector, the spectre of Boris Johnson, with his record of reprehensibly racist comments, provoking a no-deal Brexit as he gropes for Theresa May's feted crown is nothing more than another dismal display of cavalier self-interest. The Bojo mojo may be working for leather-bound dinosaurs like John Cleese, who occasionally breaks from counting his cash to evangelise the virtues of 'not being ruled by a bunch of European bureaucrats', but it certainly is not working for Europe’s grassroots cultural networks.

Across Europe, voluntary promoters, programmers and enthusiasts employ UK artists. They don’t get paid, they don’t receive funding and they often lose money from their own pockets to keep the show on the road. They do it because they love it, because they want to share the art they love in the communities where they live – and they love British artists. They create vital grassroots ecosystems that are all but invisible to UK policy-makers, whose narrow view of culture is constrained to the assemblage of creaking institutions to which they are bound.

As a touring musician, I have seen the value and fragility of these grassroots cultural ecosystems. The employment they create across the continent accounts for over 50% of the income of many artists I work with. They open pathways to new audiences, facilitate collaborations and develop creative possibilities. They are organic systems through which cultural intelligence is developed and operationalised.

Unencumbered by the constraints of cultural policy or managerialism of institutional partnerships, our free-range cultural ambassadors make ‘Brand Britain’ real in community halls and function rooms across the continent. It’s soft power at community level.

If a layer of post-Brexit admin were to displace the joy this voluntary workforce gets from doing what they do, they might simply avoid booking UK artists altogether. The extra cost and admin would likely fall upon the artist, a chilling prospect for Birmingham jazz legend Jim Simpson. He remembers life on the road before the EU as a nightmare. At every border artists had to pay duty on merchandise and provide equipment inventories, and income was subject to a 30% withholding tax.

While a return to carnets (international customs and temporary export-import documents) seems unlikely, even a tiny increase in the costs of touring could send artists on the breadline into the lap of Universal Credit – an economic own goal.

And it works both ways. Jim warns that our venues and festivals could be starved of European diversity: “Birmingham Jazz Festival brings in artists from across Europe. Often, they are not big names but they play great music and we want our audiences to enjoy them. If we have to get work permits for them, we’re going to have to be very careful. We can’t afford to run into huge administration bills.”

Just as important is the connectivity of independent, artist-led cultural centres, another fragile ecosystem that operates beyond the margin of cultural policy. Hassle-free interactions across the continent facilitate growth in a sector that receives little domestic support.

The Trans Europe Halles (TEH) network demonstrates the value of self-organising European collaborations. It includes over a hundred non-governmental, multidisciplinary cultural centres initiated by citizens and artists. It also coordinates major research and development projects, such as Creative Lenses and DISCE, that develop expertise and build the capacity and sustainability of independent cultural organisations.

TEH creates a platform for independent centres to lobby at global level. Its members have access to a programme of funding, business support and peer-to-peer learning. I recently joined them at their AGM in Dresden to learn how they share knowledge and develop collaborations. It was inspiring to see how it gathers peer-to-peer conversations into a unified voice with an explicitly political message that promotes tolerance, inclusivity and cultural enablement in a pluralistic Europe.

The good news is that TEH doesn’t close its doors to non-EU members. Its ethos is that it is a European network, not an EU project. To this end, it extends generous opportunities to non-EU priority regions where it is in Europe’s strategic interests to support cultural partnerships. Ukraine, Moldova, Belarus, Georgia, Armenia, Azerbaijan, Turkey and Kosovo are all countries where it extends the benefits of full EU membership by subsidising travel, subscriptions and training.

However, it is unlikely that TEH will persuade Brussels that the UK should be a priority region. The cantankerous sick man of Europe has clearly rejected the notion of collaboration. When Britain leaves the EU, accessing TEH could become prohibitively expensive for the grassroots organisations who gain the most from it.

The support, goodwill and friendship that our European cultural partners extend to the UK is nonetheless encouraging. Burak Sayin, TEH’s Community and Communications Manager, says: “We will find a way to keep our UK organisations in the network and make it as easy as possible for others to join. We are a network of solidarity. There is always a tendency to support our members in countries affected by political s**tstorms.”

While politicians hurl ultimatums over tables and Brand Britain loses its allure, solidarity and a commitment to intercultural connectivity are stronger than ever in the grassroots and independent cultural sectors.

Perhaps Mr Cleese could take a break from his programme of xenophobic social gaffes to support our grassroots artists. The John Cleese Visa fund could become a popular lifeline for UK artists working outside the borders of post-Brexit Britain.