The elusiveness of everyday culture

What – or who – needs to change to achieve cultural democracy and how can we remove the tension between official and everyday culture, asks Martin Cox. 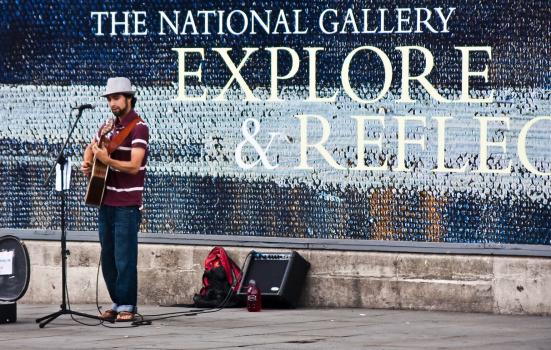 Last year’s King’s College London report Towards Cultural Democracy: Promoting Cultural Capabilities for Everyone hit my inbox with the revolutionary verve of a walking corpse.

In terms of cultural democracy, local government provided a framework that made it possible to achieve much more with much less

This iteration of the routine call for a less hierarchical approach to cultural policy introduces ‘creative enablement’ and ‘cultural capabilities’ as the new sensation to sweep the cultural policy nation. Substituting the new buzzwords with old skool classics like ‘access’ and ‘inclusion’ exposes the grinding repetition of this rhetorical remix, to which the cultural sector is invited to dance.

The value of community arts

Perhaps it is time to scrutinise the behaviour of cultural intermediation within the socially stratified hierarchy we call ‘the cultural sector’ – the organisations assumed to lead the charge towards cultural democracy.

Reflecting on my own experience, I see that as I migrated from humble community artist towards the bosom of our institutional framework (Arts Council England, national portfolio organisations and Creative People and Places), the more ideas like cultural democracy moved from being the reality of my work to the rhetoric of the workplace.

Community arts became ‘socially engaged practice’, free of the necessity to meaningfully involve people while retaining the facility to extract public funding intended to combat the disadvantage and inequality experienced by too many in society.

Studies show time and time again that our institutions of ‘official culture’ are infused with an order of priorities that privilege narrow, abstract notions of artistic excellence in such a way that sustains a hierarchy of cultural value and excludes ‘everyday’ culture. It also fortifies social inequality through a funding system in which the poorest pay (through Lottery tickets) for the taste preferences and at times nauseating posturing of the wealthiest, whitest 8% of the population. As film producer Colin MacCabe put it: “Art is a bourgeois con-trick.”

Too often an appetite for commissioning consecrated international artists appears to contribute more to a commissioner’s status within the institutional hierarchy of official culture than the actual inclusion or aspirations of the publics or ‘participants’ whom it purports to benefit. There exists a tacit exchange rate that relegates participation and grassroots culture to a lower value, while siphoning public money to serve the interests of higher socio-cultural groups.

This is participation as audience development. Public money is solicited to permit access and educate the uneducated in the importance of the works that have been selected for their appreciation – on their behalf and using their money by what the French sociologist Pierre Bourdieu labelled ‘the new petite bourgeoisies’. The King’s College report recognises and condemns this ‘them and us’ deficit approach but stops short of proposing an alternative institutional framework capable of neutering this type of codified inequality. The report says almost nothing about the expertise lost by the dismantling of local authority arts services.

Looking back to my days as a local authority arts officer requires rose-tinted spectacles. Local authority arts work wasn’t easy. We had to submit to crushing managerialism at times and the actual ‘work of art’ was subordinate to almost every other concern. However, in terms of cultural democracy, local government provided a framework that made it possible to achieve much more with much less in challenging environments.

This was due (in part) to the different order of priorities that underpinned the work. Projects needed to be shaped around strategic aims that placed local need, narrative, health, employment and social mobility above the aesthetic concerns and career ambitions of cultural intermediaries. Artistic quality was high on my agenda, but balanced with the tangible meaning and involvement of particular groups of people. It was vital that I cultivated local insight, understanding and strategies that connected creative practice with the lives of people, a skill I believe is fading from the management meetings of high culture.

The mitigation of tacit cultural hierarchies, exercised through closed interpretations of ‘artistic quality’, enabled huge numbers of people to develop creative capabilities through the support given to grassroots activity at neighbourhood level. The very conditions for cultural democracy proposed in the King’s College report – a less hierarchical approach, support to grassroots engagement and developed local knowledge – was the bread and butter of the council arts worker.

While howls of ‘instrumentalism’ echo through the cloisters of high culture, I felt more comfortable investing public money in activities that offered tangible benefits to people than in propping up the vainglorious, crass celebrations of cultural elitism that I have witnessed while working in some of our more prestigious arts organisations.

The covertly hierarchical nature of our cultural institutions makes it almost impossible for a person who doesn’t subscribe to the rules (possessing the wrong cultural currency) to access a career in the arts. Local authority arts provided an institutional framework that allowed a few oiks to crawl into the temple and rub themselves disrespectfully against the alter of legitimacy. This thrilling act of delinquency is the closest thing I have seen to cultural democracy (in policy terms). Local authority arts work was no utopia, but it does offer a glimpse of a more democratic approach omitted from the King’s report that is rapidly slipping away with the obliteration of local authority arts services.

Only this will disrupt the outdated hierarchy of cultural value that prevents the social benefits of arts reaching all our diverse communities. We need to think hard about cultural intermediation, cultural value and who decides what artistic quality is – if indeed it is a thing at all.

Martin Cox is a creative practitioner and project manager. He is currently researching a PhD at Birmingham City University on alternative models for creative practices, policy and sustainability in contemporary urban space.