Testing of upgrades to the much-maligned Grantium application system are underway, with a launch date for an improved version to be announced soon.

Culture Secretary Nadine Dorries tells MPs that while the system of distributing arts funding is "not perfect", there are no plans to abolish Arts Council England.

DCMS is extending its UK Global Screen Fund for three years with an additional £21m of funding.

Designed to boost international development and distribution opportunities post-Brexit, the fund supported more than 65 productions in its £7m pilot year.

According to DCMS, the continued investment will increase exports of UK film, TV and video games in new territories, help productions promote work at film festivals and support companies to hire staff with specialist skills.

It is split into three strands with the first, a channel aimed at supporting the sale and distribution of UK feature films overseas, reopening today (17 May).

Ben Roberts, CEO of BFI, administers of the fund, said international collaboration is fundamental to making new films and dramas that audiences around the world want to see.

“We are proud of the incredible craft and talent within our screen industries, and look forward to how we can help grow opportunities for the UK globally over the next three years of this essential fund."

The programme, aimed at transforming digital and physical infrastructure, is penned as a way to put culture at the forefront of local regeneration.

It follows a previous round in March, when 63 organisations shared £48.1m.

First launched in 2019, the fund aims to improve accessibility of the arts and safeguard the future of locally-led cultural projects, museums and public libraries in England.

DCMS says support will be targeted to areas which have historically lower levels of cultural investment.

Organisations are now being encouraged to submit expressions of interest for the appropriate strand at Arts Council England’s website.

A government review of public bodies will consider whether they should be retained or abolished as well as seeking efficiency savings of at least 5%.

The Gatsby Charitable Foundation is gifting £6m to the Royal Academy of Music, the single biggest donation in the institution's 200-year history.

The money will fund the Gatbsy Chair of Musical Theatre, the first fully-funded endowed chair at any UK conservatoire.

The three endowed chairs boost the launch of the Academy’s bicentenary campaign, which aims to raise £60m to invest into facilities, staff retention and funding future musicians.

Academy Principal Jonathan Freeman-Attwood said the donations are “a truly wonderful start” to the bicentenary.

“The Academy’s bicentenary affords us the opportunity to future-proof the values which have defined our work since 1822 while offering a transformational set of opportunities for talent to thrive, regardless of background.”

An overwhelming lack of ownership among the UK’s independent music venues puts the future of the ecosystem at risk, advocates say. 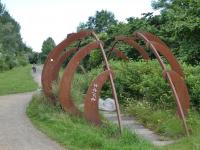 Creative Scotland says it will expect all funding recipients to demonstrate how their work contributes to making the sector carbon neutral by 2045.

Jazz venues 'hanging by a thread'

An absence of ringfenced funding for grassroots venues and promoters will likely lead to further closures, musicians say.

Independent labels’ share of the UK music market grew to just under 27% in 2021.

Data from the British Phonographic Industry (BPI) indicates the single-percentage point increase on last year is bolstered by a sharp rise in indie labels' share of the UK’s vinyl market, which now accounts for four in every 10 vinyl sales.

Independent labels' album sales have grown by more than 10% in the past two years to account for 34% all album sales in 2021.

The upward trend continues into 2022, with indie labels' overall market share increasing to 28.9%.

Last week's UK album charts saw indie labels represent the three highest selling records of the week for the first time in over a decade.

BPI Chief Executive Geoff Taylor attributes the rise to the streaming era and the enhanced choice indie labels offer to artists and fans.

“We’re delighted to see the indie sector going from strength to strength, contributing to the growth of the UK music industry as a whole.”

If there is a universal truth in the arts and culture sector, it is that funding is an eternal challenge. That's even more true of digital, as Katie Moffat explains.

A London art dealer and gallery owner facing 20 years in prison has claimed the capital's trade is fuelled by drinking and drug taking.

Inigo Philbrick pleaded guilty to defrauding buyers of more than US$86m by selling artworks multiple times, or selling fractions of them that amounted to more than 100%.

In a New York court this week he said the culture of the London art scene contibuted to his crimes.

Philbrick, who ran a gallery in Mayfair, has provided officials with information about other alleged fraud in the art market, the Times reports.

Shock as ALRA closes without warning

The Government's pandemic insurance scheme for film and television is closing.

First unveiled in July 2020, The £500m Film and TV Production Restart Scheme was extended for six months in October.

Its closure follows lobbying from film and TV groups who called for another extension.

Instead, insurance trade bodies will work with commercial firms to provide cover for the screen industries, the DCMS says.

“Pact members and the wider industry now face a very messy period where some productions will be able to get cover and others will not due to the limited number of insurance providers in the market.”

The UK’s share of the global art market fell to a historic low in 2021, according to the Art Basel and UBS Global Art Market Report.

The US recorded the largest market ($28bn), while the Chinese market replaced the UK as second largest in the world ($13.4bn).

The report attributes the decline in part to Brexit and the continued imposition of VAT on art imports.

“Some domestic EU art trade has been transferred outside of the UK, boosting markets such as France and Germany,” it reads.

Chairman of the British Art Market Federation (BAMF) Anthony Browne says the report “did not make for easy reading from the UK's perspective”.

“[The UK’s] failure to take advantage of the opportunities offered by Brexit and remove the barrier of import VAT [has] put us at a disadvantage on every level”.

Governance requirements for the next National Portfolio are "taking a sledgehammer to crack a nut" and could lead to board flight.

Measures announced in the Chancellor's spring statement could actually work against the sector's aims.