Private giving ‘not a total solution’ to arts funding shortfalls

The size of an arts organisation is more important than location when it comes to attracting donations and sponsorship, new analysis has found. 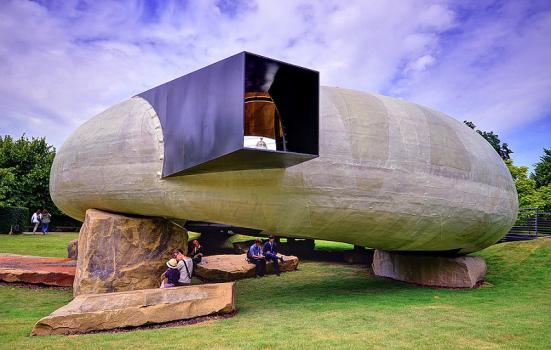 Visual arts organisations in London made 10.2% of their turnover from donations
Photo:

Private giving is not a “total solution” to arts funding shortfalls, new analysis of financial data from Arts Council England-funded organisations has concluded.

By studying the breakdown of public and private income for National Portfolio Organisations (NPOs) in 2014/15, across different art forms and regions, the independent analysis also finds size is more important than location in attracting donations and sponsorship.

“There has been a great deal of focus on the development of private giving, particularly in the wake of cuts in public funding for the arts. However, these figures clearly show that if you were looking to plug a gap of some 15-30% in turnover then private giving is not a magic bullet,” the document says.

“The utility of this data therefore is in setting goals and targets for income diversification which are appropriate to your art form, geographic region and size of organisation.”

The analyses, compiled by Sarah Thelwall of MyCake, is accompanied by an ‘interactive dashboard service’, which allows users to explore the financial and attendance data of arts organisations by region, turnover and art form.

“When you are setting targets for each of your areas of income it is worth knowing not only what the national average is but where the examples of the best in class are (by region, artform and size) and deciding whether they have something to teach your or not,” the report says.

The analysis finds the largest single source of income for NPOs in 2014/15 was core funding from Arts Council England (ACE), at 36.9% of total turnover. This figure has remained constant over the four years MyCake has been conducting analysis.

Income from trusts made up 9.5% of NPO income on average, while sponsorship and donations contributed 4.4% and 4.3% respectively.

The research examines arts organisations of differing size, finding smaller organisations (those with a turnover of under £100k) achieved a far lower percentage of total income from core earned income and were more dependent on regular funding from ACE (73%) than the national average.

Similarly, these organisations received slightly less of their turnover from trusts (7.9%) and donations (2.5%) than the wider cohort.

By comparison, the largest source of income for NPOs with a turnover of over £1.05m is core earned income, at 35%. Regular funding is second (23.3%), and supplementary earned income is third (11.9%).

It found the West Midlands did the least well, with 2% from sponsorship income and 2% from donations.

There were exceptions: the 58 organisations in the North East received 10.4% of their income from trusts and foundations, slightly above the national average. But the report finds that even when the geographic bias is factored away, there is still “significant benefit” to being large for attracting private giving.

The analysis also identifies differences in private giving between art forms. The visual arts (4.9%), literature (4.9%) and music (7.7%) sectors beat the national average for donations, while the “large visual arts organisations (over £700k) in London trounce it at 10.2%”.

Arts organisations working in literature and music were found to receive 15.9% and 12.3% of their respective turnover from trusts.