What’s next in the fight against declining audiences and exclusivity in the arts? Clever pricing strategies are all well and good, but what we really need is market segmentation, argue Howard Buckley and Rosie Hanley. 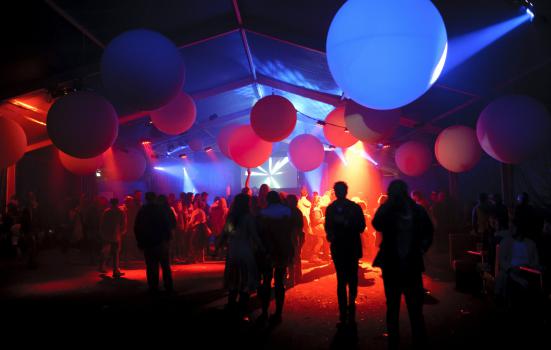 While the number of people attending arts events has shown a decline in the past couple of years, sales in the arts have increased, the results emerging from The Audience Agency’s Audience Finder research show. During times of austerity, the cultural sector has repeatedly shown how adept it is at ensuring financial security, and our recent findings show that the sector continues to endure in the face of adversity. Are we in danger though of a healthier bottom line masking a potentially worrying trend that shows fewer people attending the arts?

Looking at the booking habits of more than seven million bookers over the past two years, we have seen a rise in the average ticket price paid but the number of bookers falling slightly. This supports the latest DCMS Taking Part survey that suggests there is a sustained significant decrease in the proportion of the population engaging with the arts since a peak in 2012/13.

If the findings we discovered for last year develop into a trend, there would be a finite point beyond which an ever-decreasing market population will reach saturation point

We can reveal that, compared to 2014, the number of bookers in 2015 decreased by 1.5%, yet average ticket yield increased by 5%. Are arts organisations becoming more effective at targeting their marketing and communications campaigns, implementing smarter pricing strategies and generating increased revenue, albeit from a seemingly declining marketplace?

This is encouraging news in the current economic climate, but it could result in the most engaged people continuing to attend the arts, thereby making the arts more exclusive to the usual suspects. If our findings turn into a year-on-year trend we could possibly see reactive pricing strategies compensate for a smaller market. These are likely to either drive up the price of tickets (again, making the arts more exclusive), or else lead to extensive discounting, driving down margins, threatening sustainability and negatively affecting the perceptions of artistic value and quality.

However, an interesting inconsistency from our data shows that January is an anomaly in the ‘fewer bookers, higher price’ finding. January 2015 actually saw a slight rise in bookers but a fall in ticket yield. This could be explained by arts organisations reacting to low sales with heavy discounting, or possibly looking to other industries and using the January sales model. This would therefore suggest that more arts organisations are embracing flexible and creative, yet strategic pricing strategies.

To confirm this, we asked Tim Baker of Baker Richards how he thought the UK arts sector had evolved its pricing strategies over the past few years: “For a number of reasons, including a higher level of public subsidy, UK arts organisations have been slower than our American cousins to realise the potential from dynamic pricing (explored in an article I wrote for The Audience Agency).

“Theatres such as Birmingham Hippodrome and Newcastle Theatre Royal are now leading the way and demonstrating that when the proposition is right, it is possible to increase revenues and attendances. And it need not only be the larger companies. The MAC in Belfast has developed a clever approach to dynamic pricing that is a key part of its messaging.

“We have recently undertaken primary research that shows that when the proposition does not appeal, reducing price doesn’t make a poor quality seat for an unattractive production any more appealing. It’s early days and we need more research, but it’s already clear that the key is that there isn’t just one market for any individual price, but that different segments (even within a high price area) are willing to pay significantly different amounts for a similar experience.

“In a virtual world, the live arts is more than ever a high value experience and when, in marketing terms, you target product and promotion to the right segments, price is not a barrier for many. A sophisticated strategy, which adjusts prices dynamically alongside a clear access policy, allows organisations to both optimise volume and maximise income, without a negative effect on audience engagement.”

Tim’s thoughts support the headline results referenced in a recent news item in AP that followed publication of the new report from Arts Quarter. The article states that even in the face of further predicted funding cuts, “most organisations expect earned income to rise during the next financial year and many have high hopes their fundraising efforts will pay off, signalling a shift to a more mixed model of revenue generation in the sector”.

It’s great that we are embracing sophisticated pricing and fundraising strategies, but there are more tools in our marketing toolkit aside from price, and one of the most fundamental things that we can adopt is effective market segmentation.

Our Audience Spectrum segmentation tool helps identify exactly what types of people are attending venues (and those who are not) in catchment areas across the whole of the UK. It enables arts organisations to pitch their strategic and tactical marketing plans to key groups to avoid dangers such as exclusivity in the arts.

If the findings we discovered for last year develop into a trend, there would be a finite point beyond which an ever-decreasing market population will reach saturation point. We would no longer be able to sustain a growth in revenue against a decline in audiences; what could be referred to as ‘the engagement bubble’. What happens if this bubble bursts? What can we do now to avoid the pitfalls of this potential trend? Rather than a reactive approach, a proactive segmentation campaign (alongside smart pricing strategies) could yield more encouraging results.

Pricing and fundraising strategies have evolved, and as a sector we now need to adopt segmentation in the same way to ensure we broaden our reach. By understanding, comparing and applying audience insight collectively, and linking this to strategically developed pricing models, we can find ways of ensuring the continued growth in audience numbers, reaching beyond a core catchment. If we embrace this we can avoid any burst bubbles and reap the collective benefits of increased revenue and a broader reach.

Howard Buckley is Marketing Director and Rosie Hanley is Content Editor at The Audience Agency.
www.theaudienceagency.org