Cultural organisations in receipt of local authority funding are bracing for cuts, but the sector remains optimistic about its financial outlook, according to a new survey. 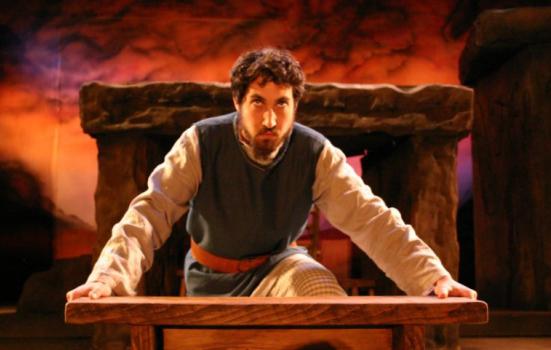 More than half of arts organisations in receipt of funding from a local authority expect to receive a cut in funds, according to a new annual survey by Arts Quarter. Despite this, most organisations expect earned income to rise during the next financial year and many have high hopes their fundraising efforts will pay off, signalling a shift to a more mixed model of revenue generation in the sector.

Researcher John Nicholls described a “tacit feeling of optimism in the air”, but said: “Whether these ‘green shoots’ in fundraising and earned revenue growth will be enough to offset funding cuts at the local authority level remains the big question.”

“There’s much that still needs to be done by policy makers to encourage higher levels of support for the arts from within all areas of the private sector,” he warned. “We’d actively encourage all with the powers to shift opinion in favour of encouraging greater levels of giving to the arts to do so in earnest and with speed.”

The recent Spending Review saw a £6.1bn cut handed down to local government, leading many in the arts, including Arts Council England Chair Sir Peter Bazalgette, to express concerns. 53% of arts organisations in receipt of local authority funding that responded to the survey believe their funding will be cut, with a third anticipating a cut of more than 10%.

The survey into revenue generation in the arts received responses from individuals at 381 cultural organisations across the UK. According to Nicholls it provides “clear evidence of an ever-shifting revenue mix in the arts, away from statutory sources to a more mixed model of revenue generation”.

During the next financial year, 62% of organisations expect their earned income to increase, with 34% hoping for an increase of more than 10%. Increases are expected to be gained through a number of avenues, including ticket sales, renting out space and co-ventures with other organisations.

60% of responding organisations believe their fundraising revenues will increase, with 36% expecting an increase of more than 10%. 80% of organisations see trusts and foundations as their main source of fundraising growth over the next three years, leading Nicholls to warn that demand may outstrip supply. Growth is also expected to come from individual giving and the business community.

Nicholls also highlighted that only a quarter of arts organisations see their fundraising ‘case for support’ as effective at engaging potential donors. Half said theirs was out of date and a fifth has no case at all. Furthermore, 56% aren’t sure their organisation’s trustees have the skills to support their fundraising goals.

Over the next three years, the vast majority of organisations plan to invest further in fundraising, with 47% planning to spend more on fundraising staff, 43% investing in online capacities and 40% training existing staff.

Arts Quarter plans to run the survey annually to track evolution and innovation across the arts and cultural sectors. It hopes to bring areas of concern to the attention of policy makers and provide an overview of revenue generation in the sector that will help organisations with their planning.

It would be interesting to know who the 381 arts organisations which responded to the survey are. Are they big? Are they small? Rural? Urban? In the South or North? Most importantly, how many of them have a dedicated Development Officer?! Strikes me there's a big opportunity for creative partnerships and sharing knowledge and contacts (and fundraisers?) for like-minded small and medium organisations. But in lean times, who feels like sharing the little we have.. ?
Indeed it would be useful to know broadly the size, scale and geography of survey respondents, as we can see from anecdotal comments there appears to be a range of orgs, from museums to small scale venues and touring. The free data solutions presented by Audience Finder and the fundraising tools we at The Audience Agency have created based on our own research are already enabling some in the sector to put insight into action. Certainly the challenges presented by organisations in the free fundraising surgeries we delivered for those submitting Catalyst Evolve applications echo issues reported in the study. However, whilst additional staff capacity and a fit for purpose CRM are seen as solutions, having a fundraising ethos that is embedded in the cultural organisation at every level offers longer term sustainability, but requires significant cultural change. In our experience, this is when a truly good mission focused case for support can be developed and consistently delivered.