Failure seems to be the hardest word

When it's time to rebuild, the cultural sector will have to start owning up to failure if it is to learn from its previous mistakes. David Stevenson reports on a research project encouraging just that. 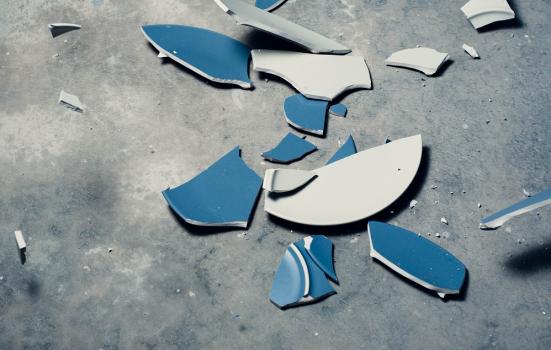 "If cultural organisations keep telling themselves they are delivering success, they will never face up to the scale of change required"

Over the last six months the Failspace project led by the University of Leeds has interviewed almost 100 artists, funders, arts managers, and participants to investigate why failure seems to be the hardest word to say. Many of our interviewees questioned whether cultural projects could ever fail. They were happier to talk about ‘how things could have been better’. Even if a project failed to engage with its intended participants, some interviewees reasoned that it would inevitably have been successful in other ways. Few asked participants themselves whether they felt they had been failed.

Failure was often felt to be too negative, too absolute, too critical a term to be usefully employed when talking about initiatives intended to support cultural participation. But shared stories shape professional practice. If cultural organisations keep telling themselves they are delivering success, they will never face up to the scale of change required to create a more equitable sector.

Our work suggests that fear plays a large part in the discomfort with publicly saying that anything has failed. Not fear of failure itself, rather the fear of being blamed for failures, or being perceived as a failure professionally – particularly where this might affect future funding decisions. This fear reduces risk-taking and encourages uncritical reports of ever-increasing success. But the prevalence of such stories make the cultural sector seem self-congratulatory and complacent to those who see little benefit from public subsidy.

Another key theme evident in our interviews was a lack of trust. Many artists and arts managers felt their funders didn’t trust them, and likewise didn’t trust their funders. So despite being able to talk to us as researchers about policies that were designed to fail or projects that failed to attract the desired participants or deliver the intended outcomes, very few interviewees felt they could have an open and honest discussion about these failures with funders.

The combination of fear and an absence of trust results in evaluations written to “tell funders what they want to hear”. Interviewees spoke about the need to “frame” evaluation reports in order to present their work “in the best light”, suggesting evaluation is more an exercise in public relations than critical reflection. Although some interviewees recognised the potential for learning from failure, very few were able to point towards specific and significant changes they had made to their practice on the basis of this learning.

Most funders we spoke to claimed they wanted to hear about activities that had failed and were open to a more honest dialogue. But despite this, many acknowledged they used current evaluations for little beyond some low-level monitoring of how money was spent and what the main outputs were. And despite the expectation that those they fund should evaluate their practice, there is little evidence of funders rigorously evaluating and acknowledging failures in their own policies and funding strategies. We only have to look at the new ten-year strategy from Arts Council England to see how many times it talks about building on past successes rather than learning from and avoiding past failures.

Supporting a culture of learning

We want to challenge the expectation that every cultural participation policy or project will result in a neat story of success. Instead, we want to encourage a culture of learning that recognises it will not be easy to change the deep-seated relations of power that shape the UK’s cultural sector. Significant, sustainable successes in changing the nature of cultural participation will inevitably be preceded by numerous complex failures. But this is not about simply acknowledging or even celebrating failure. It is about committing to transparent critical reflection, openness to reassessing earlier decisions or assumptions, and – most importantly – responding with measures that avoid repeating the failures of the past.

As our research progresses, we will be exploring how to develop an ethos of reflective learning in the cultural sector, encouraging funders and those they fund to engage more openly and critically with their failures. As such, we are keen for people to get in touch with more stories: stories others need to learn from, not those that make you or your organisation look good. You could let us know about a policy that didn’t deliver its intended outcomes or an organisation whose outreach activities failed to diversify its audiences. What have you learnt from your failures and what have you changed as a result? If nothing changed, what stopped you?

Dr David Stevenson is Head of Media, Communication and Performing Arts at Queen Margaret University, Edinburgh and an Associate Director of the UK Centre for Cultural Value.