It’s not what you know…

David Stevenson deplores the way that a subjective decision to grant public money to a commercial company is being dressed up as the evidence-based decision of an objective funding system. 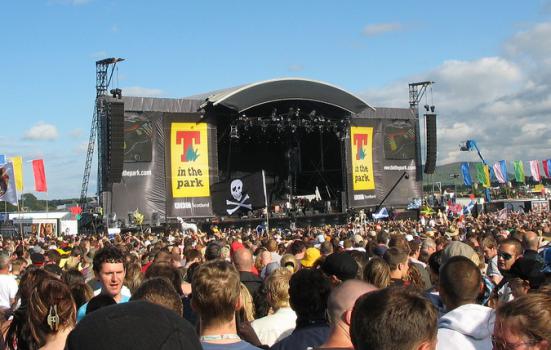 Scottish Cabinet Secretary for Culture, Europe and External Affairs, Fiona Hyslop continues to face questions over the £150,000 of public money that was used to support the for-profit music festival T in the Park. While the majority of media coverage has focused on accusations of cronyism, what this overlooks is the extent to which this incident brings into sharp focus the inequitable manner in which public subsidies for culture are distributed through making the subjective choices of the few appear to be the evidence-based decisions of an objective system. Hyslop’s appearance in front of the Holyrood committee was a five star performance in rhetoric as she jumped from one justification to the next seeking to represent what was clearly a personal decision as a strategic choice that delivered on any number of desired outcomes for the Scottish Government.

The same network of organisations, the same key individuals and the same types of culture continue to enjoy a privileged status when it comes to divvying up the money

In particular, by suggesting that the organisers of the event had threatened to move the festival elsewhere, Hyslop stressed the financial return that would be gained from the investment. This is the same person who, in her much lauded 2013 speech on cultural policy in Scotland stated her belief that “culture’s economic value is not its primary purpose but a secondary benefit”. Yet in stressing the economic impact that T in the Park is supposed to bring to Scotland, one must assume that had the organisers not claimed such a significant economic impact for their festival then any request for public support would have fallen on deaf ears. Currently, the YouthBeatz music festival in Dumfries is seeking support from their local council to ensure that it can remain a free event. It can be presumed that the economic impact of this event must not be so large as to warrant ad-hoc state aid from the Culture Secretary in order to guarantee continued delivery in its current form.

But it was not all about the money, it was also about the art. Hyslop told the committee that she was standing up for festivals and supporting the contemporary music scene in Scotland. Presenting herself and the government as being committed to creating “the conditions for cultural and creative excellence to flourish” as she had described it in her Talbot Rice speech. Yet it was unclear how the Cabinet Secretary had come to the decision that T in the Park was the best way to support either festivals or the contemporary music scene flourishing in Scotland. There was no evidence that she had sought the insights of a full cross section of musicians in Scotland so as to garner peer review of the aesthetic quality of the festival. Neither did it appear that she had compared the relative merits of investing £150,000 in T in the Park versus using that money to support ten small-scale unfunded festivals to employ a paid administrator. Given that it also appears to be the case that it is unproblematic if for-profit organisations are subsidised to support Scotland’s cultural policy objectives, I can only imagine that Cineworld are getting ready to submit their funding application to Creative Scotland as I type.

Yet it is unfair to suggest that Fiona Hyslop’s decision is all that different from the majority of decisions made about what types of cultural activities and organisations will receive public subsidy. The same network of organisations, the same key individuals and the same types of culture continue to enjoy a privileged status when it comes to divvying up the money. Eleven council regions in Scotland have no organisations receiving regular funding from Creative Scotland, while the central belt continues to enjoy relative abundance. Over £8m is spent on Scottish Opera despite opera being something that only 5% of the population attend.

Social media is alive right now with calls for a new kind of politics, and there are many advocates for the arts that have keenly embraced this burgeoning movement. Yet ironically, arts funding remains one area of government that is especially closed to any suggestions of change. It remains wedded to a post-war conception of elite decision making where those that know make the choices about what the rest of the population will most benefit from having subsidised. For all that the arts sector talks about participation, it is participation after the money has been spent, not before. The public are just as keen to see a diverse, rich and risk-taking cultural sector as much as the supposed experts are but right now they have little chance to show this. Creative Scotland has placed a strong focus on diversity, but the attention is on finding a diverse audience for the choices of others. A truly diverse cultural policy would actively demand a diversity of voices in making the choices at the outset.