It's time to be honest about failure

New research suggests that cultural organisations are reluctant to admit to failure for fear of losing their funding. To make genuine progress, we need a more honest approach, says Leila Jancovich. 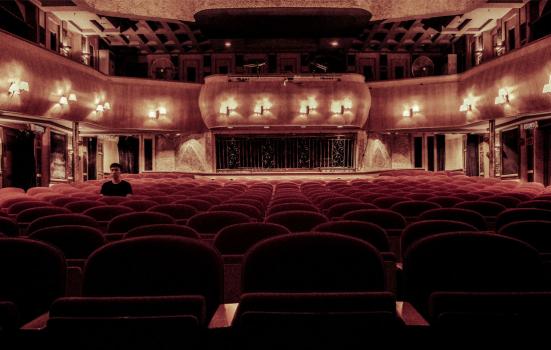 I’ve always been struck by what one of my colleagues referred to as the ‘missionary zeal’ for the arts among those who work within it. While this makes for a dynamic working environment, it also makes it hard to talk about things that go wrong. When I worked in the arts I was often discouraged from making critical comments on the challenges we faced and the mistakes we may have made, both by colleagues and by funders.

When managing the Commonwealth Games cultural programme in Manchester, both myself and our independent evaluator were asked to remove learning points from our reports for fear they might appear negative. Instead, we were encouraged to focus on celebratory facts and figures. But I strongly believed then – and believe now – that we learn more from failure than success.

For the last ten years I have been examining the policy rhetoric about participation in the arts. Increasingly, evidence shows that despite strategies to address inequality in the cultural sector, particularly those relating to who creates and consumes the type of work most likely to receive public subsidy, there is limited policy learning to inform change.

Policy learning can take many forms, from the instrumental approach that tries to find technical solutions to assumed problems, to the political one that revolves around creating advocacy for an idea. But both of these legitimise the status quo and avoid policy change. The proliferation of impact studies in the cultural sector encourage these approaches by relying on ‘what’ questions that measure rather than interrogate, and help construct stories of success rather than critical reflection. Such approaches may reinforce failure, encouraging us to repeat, rather than learn from the errors of the past.

Now, as part of a project funded by the Arts and Humanities Research Council, I have joined forces with David Stevenson from Queen Margaret’s University, Edinburgh to examine whether collecting narratives about failure and asking related how and why questions can help us develop a more sophisticated understanding of cultural participation. We believe this has the potential to encourage the social learning that may bring about meaningful change in how the state supports the cultural lives of all of its citizens.

With the support of artist and researcher Lucy Wright, we have started collecting narratives from people about their experiences of cultural participation projects and policies: from policy-makers to programmers, national organisations to individual artists, and professionals to community participants. We have been asking people to share their stories and experiences of success and failure. What we have found is that they are only too keen to share them - but often only confidentially.

Significantly, it seems most professionals define success in terms of the number of people who take part in their activities and on their ability to gain further funding to continue their work. Even among those who said their aim was to bring about social change, there was limited consideration of whether this had occurred, let alone how it had been achieved. Success in participation projects was therefore largely defined by short-term successes for those directly involved, as opposed to the sort of longer-term social successes that many of these projects were ostensibly funded to deliver.

In terms of the concept of failure, most people we talked to acknowledged that it could have positive connotations related to risk-taking and experimentation, but there were also concerns about how to explore the negative aspects, such as not meeting participant expectations or not achieving sustainable change.

While many policy-makers and funders said they were eager to have an honest discussion about failure, most practitioners and participants felt discouraged from talking honestly about this, especially with their funders. Artists and managers expressed a feeling that they are always being judged, and said the precarious nature of their work means they are focused on protecting their reputation.

Participants felt that while they were often asked if they had enjoyed themselves or how it had transformed their lives, they were rarely asked to be part of evaluating how things might have been done differently. As a result, one person admitted: “I lie on official evaluation all the time. It’s bullshit and commissioners don’t look at them either. Everyone lies to get money.” A number of people also commented that “individuals would be more inclined to share their stories of failure if funders and policy-makers do the same”.

But what we found time and again was that when given a safe space to share stories of failure, most people who have been involved in cultural projects were willing to do so. We have therefore launched a short online anonymous ‘amnesty’ survey to allow anyone who takes part to speak openly about their experiences of failure in cultural policies and projects.

We would like to encourage anyone who has previously developed a cultural participation policy, or delivered or taken part in a cultural participation project, to provide the ‘untold story’ about the process, the experience, the outcomes or the purpose on which it was based. So, if you want to start a more honest conversation about failure in the cultural sector, please complete our short survey.

Leila Jancovich is Associate Professor in Cultural Policy and Participation at the University of Leeds School of Performance and Cultural industries.
https://ahc.leeds.ac.uk/performance

This is such a great article and reflects my experience when I ran a Digital R&D Fund for the Arts. Mistakes were made (which were expected and welcomed) and it was a condition of the funding that organisations were honest about those mistakes, so that we could share the information with the wider arts community. But that 'missionary zeal' is so embedded that I don't think arts organisations know how to be honest about failure. The fear of funders refusing to fund again is so ingrained that we are destined to make the same mistakes over and over again because no one wants to say that something went wrong. And yes, this was indeed a failure of the fund itself.