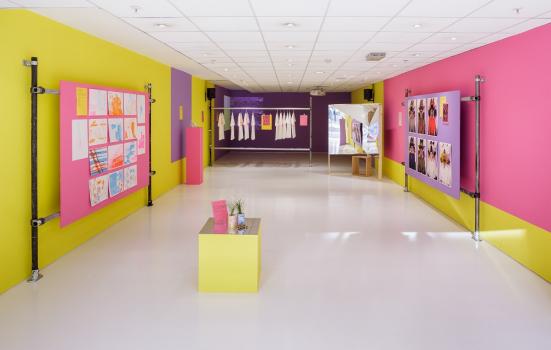 Direct grants empower artists. This type of funding, by supporting artistic experiment and risk, enables them to ‘get ahead’ over a life-cycle and fosters equality across the arts.

Yet in England it is capital funding for politically-led regional arts regeneration that has consistently preoccupied National Lottery funding. The combination of keeping a growing, permanent infrastructure of arts buildings afloat and arts policy imperatives determined to professionalise the arts workforce and demonstrate career paths has resulted in scant lottery money going direct to artists.

The light-touch Arts for Everyone (A4E) strand of 20 years ago was a notable exception to the ‘buildings first’ rule. Intended to ‘refresh the arts other funding systems cannot reach’, this short-lived scheme spent only 2% on administration. It distributed £21.27m in awards of up to £100,000 and supported 5,325 projects, generating energy and innovation in lesser-endowed parts of England’s arts scene.

A4E was ‘good’ for artist-led projects. In North West England, MART’s £100,000 grant was a forerunner to the annual Manchester Contemporary www.themanchestercontemporary.co.uk. Funding to New Exposures not only generated an artist-led 17-exhibition celebration of the prowess of the region’s photographers, but also created the Redeye network for contemporary photography as legacy.

In 2001, the newly-unified Arts Council England (ACE), with plentiful government and lottery arts funding, made the expansive claim of making artists central to arts policy. The individuals strand of the ‘brave and radical’ Grants for the Arts (GftA) programme promised artists ‘the chance to dream without having to produce’. It initially went a long way to doing that, as 40% of the value of grants went to 3,279 artists, who had a success rate of 52%. More than half were newcomers to Arts Council funding. From 2003-2008 almost 6,000 artists shared some £39m, with almost a quarter of grants for R&D.

But austerity and scarceness of arts funding changed all that. By 2008/09 just 485 artists were successful – a 16 percentage point drop. My analysis shows how GftA’s initial ‘big statement’ of support for artists’ risk and experiment gradually fell away.

In the early years, GftA was ‘good’ all round. The Arts Council gained real reputational value from direct grants to artists for creativity’s sake. Artists gained confidence from concentrated opportunity to experiment and hone skills that would move their practices forward. As a counter to traditional gatekeeping mechanisms, direct grants rebalance power and forge mutuality. Co-validation in productive relationships expands the scope of the arts and contributes to ambitions for equality of opportunity across public life.

It’s notable that Zarina Bhimji and Harold Offeh – both early years’ GftA awardees – achieved significant acclaim through, respectively, the Turner Prize and Hamlyn Foundation Award for Artists. R&D grants that give artists greater control over what they can make within a timescale can heighten artistic ambition and foster innovation.

The aims of ACE’s Developing your Creative Practice (DYCP) grant scheme (launched last year) are laudable, although the annual budget of just £3.6m is actually 15% less than the 2014/15 GftA spend on individual visual artists. In a twelve-month DYCP period only 135 visual arts practitioners – including artists, producers and curators – shared £1.21m (just 28% of the value of visual artists’ 2013/14 GftA awards). And at £8,992, average DYCP awards are almost 17% less than average GftA. Despite the rhetoric, DYCP – which isn’t inhibited by National Lottery requirements to demonstrate public benefit – continues the decline in direct funding for England’s artists.

Lumping visual artists into the market-driven creative industries suits government and the Arts Council rather than artists. Artists who value mission over money are in the non-profit category of social enterprise. As their consistently low incomes show, even experienced artists are self-sufficient only to an extent, and like arts organisations they depend on Arts Council funding.

That public funding should augment artists’ earned income to support their artistic development is perfectly reasonable, not least because fees paid to artists for presenting socially-valuable activities for publicly-funded organisations neither reflect production and living costs nor recognise artists’ pivotal role in realising those organisations’ business objectives. In most cases, artist fees aren’t based on industry rates. Nor do they cover preparation, delivery and post-programme time. Lack of access to R&D funding puts artists in ‘double jeopardy’ – twice denied access to subsidy to sustain their art practices over a life-cycle.

Artists have been neglected by arts policy in England for too long. Stark, Powell and Gordon’s solution to rebalancing funding to reflect arts nuances across England has a lot going for it. This recognises artists’ multiple contributions to society by proposing they should be in a stand-alone Arts Council funding category. And rather than DYCP’s current meagre budget, it advocates 20% of local National Lottery funds for regional interventions that support individual artists’ development, giving them £49.26m to play with.

Given the scant interest shown in artists’ sustainability in ACE’s 2020-30 strategy, side-stepping the Arts Council as a funding instrument altogether is an attractive idea. The Movement for Cultural Democracy has already come up with the imaginative solution of bringing in an extra £1bn to the arts using a new UK art market transaction tax to finance locally-distributed grants to artists working in communities.

Susan Jones is a doctoral researcher on the interrelationship between artists’ livelihoods and arts policy .

The article is spot on. Individual visual artists have always had a raw deal from the Arts Council. Whereas dancers and dramatists could apply fro funding to put on productions prior to 2001 it wasn't even possible to apply as an individual. visual artist. A4E and GftA did changed all that but as the article points out gradually ACE is returning to its old ways seemingly always happier to support organisations than the people who make the work. ACE is also increasing using Lottery money never intended to replace state support to do just that, finding ingenious schemes to channel monies away from individuals and into organisations. It is time for a big shake up at ACE and a change of tack.
As part of the team that designed the Regional Arts Lottery programme, Arts for Everyone and the Year of the Artist 2000 artist the key messages is about giving artists control or agency to set up thiner won partnerships or to buy time to work alone. We talked about giving artists 'bottles to take to the party' - leverage with other funders and the chance to take risks. Covid's impact on freelancers has been huge and artists ideally need investment to think into the future - let alone survive. Sue Jones has been a great champion for many years - her own work sits proudly on my wall and when I look at it I hear the voice that informed those programmes some 20 plus years ago.