Treating the rash or investing in a cure: the future of artists’ livelihoods

For artists and performers to be supported in the years ahead, de-institutionalisation and the decentralisation of arts funding is a priority. Universal basic income isn’t the whole answer, says Susan Jones. 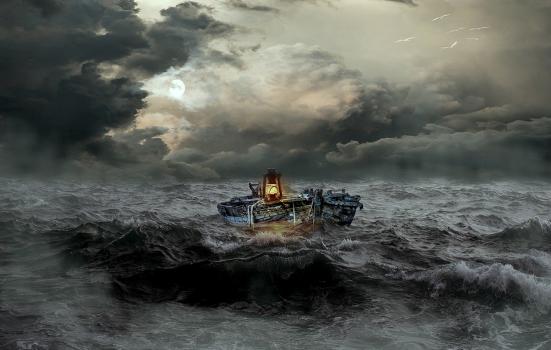 “We are all in the same storm but in different boats.” Anon
Photo:

“We cannot be content to go back to what was before, as if all is normal… there needs to be a resurrection of our common life.” These words from the Archbishop of Canterbury’s Easter sermon, – opined from his kitchen and disseminated via social media to some 18,000 people – provides a clue as to how artists’ survival can be assured in an arts and cultural environment poleaxed by Covid-19.

As in the 2008 economic recession and austerity, Arts Council England’s Covid-19 emergency strategy has been to throw any cash it could find at its highly favoured National Portfolio Organisations (NPOs). Preserving the immediate public-facing was again the priority, at the expense of anything else, so just a tiny proportion was reserved for individuals including artists.

Exhibitions and live performances in NPO venues have been swiftly abandoned in favour of free-to-view digital offerings. Many arts organisations have dispensed with those at the self-employed or freelance sharp-end – some of whom are also artists – and who make up 70% of their human resources. Furloughed arts staff were catered for by immediate government measures. The arts self-employed who met HMRC’s criteria of earning at least 50% from self-employment had to wait until May for pay-outs. A spot-check for this article suggests that many artists received in the region of £300 to live on for a month.

A further complication is that self-employment is a theoretical status for visual artists. This is because freelance artists are typically presented with budgets fixed at what arts organisations are prepared to pay.  High levels of competition for work undermines their ability to negotiate for what they actually need financially. Artists are predominantly ‘portfolio workers’ who combine self-employment with PAYE and zero-hour contract work in and beyond the arts. This artists and self-employment conundrum is illustrated by one survey that found just 17% met HMRC criteria for emergency funds. 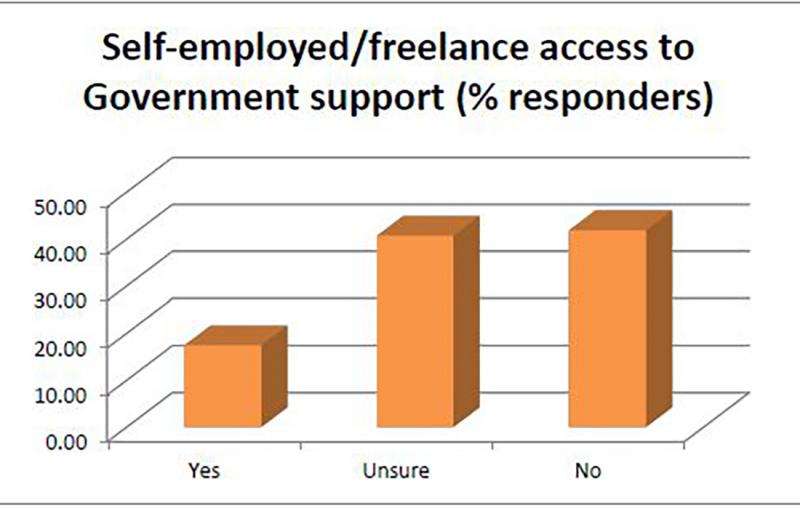 The heady mix of new National Lottery capital awards and aggressive region-by-region fundraising in England forged a rash of new arts buildings over the last 30 years. But the majority haven’t ever been financially viable, as even in 2005 when government funding to the arts was at its highest, they were judged under-resourced, lacking suitable levels of programme funding.

As I wrote earlier in the year, keeping the volume of building-based ventures afloat has consistently been at the expense of funding many individuals to gain artistic stamina through the experiment and risks that characterise the progressive arts. It’s no accident that there are 40% more visual arts workers than there were 20 years ago, while the number of artists has remained static.

Virus impacts aren’t a short-term blip for the funded arts to be ameliorated by nifty footwork, strategised centrally and ‘top down’ in the coteries of arts power. Short-term bail-outs are insufficient for the enormity of the task. No amount of skilled fundraising and better marketing technique will save the plethora of slow-moving, risk-averse arts organisations in the recessionary world ahead.

The current definition of what gives the funded arts staying power – a highly-professionalised arts workforce with ‘exceptional’ leaders, rigorous pursuit of multiple income strands and less reliance on arts funding, and implicit inter-NPO competition – has had its day.

The aftermath of Covid-19 will be lengthy and far-reaching for the current funded arts infrastructure. We’re in what US cultural commentator Arlene Goldbard describes as a ‘hinge moment’ when bust models can – if there’s the will - be superseded by timely, new fluid structures premised not on chasing market and audience share but on the social principles of “equity, love, and justice”. Like rebooting after a computer crash when a whole host of material missed from back-up routines is lost for ever, now’s the time to abandon last century arts assumptions and clear the decks so divergent, more productive systems can find space and grow.

A radical implementation of ACE’s Let’s Create ten-year strategy could see the mothballing of many now surplus-to-requirements arts buildings. Merger of organisations and shared CEO and operational posts would substantially cut overheads and put more resources into grass-roots, participatory programming.

If there is to be adequate funding for artists and performers in the years ahead, de-institutionalisation along with decentralisation of arts funding must surely be a priority for arts funding bodies. Stark, Powell and Gordon were early advocates for substantially increasing levels of public funding to artists and highly-localised activities. Arguing on inclusivity grounds, the more recent Movement for Cultural Democracy amplified the decentralisation case for arts funding. By enabling artists to better exploit their rights and manage changing external trends and shocks, policy measures directly related to and supportive of heterogeneity amongst artists directly help to sustain livelihoods over a life-cycle. Without them, vast amounts of artists’ drive, creativity and potential go to waste.

a-n's most recent membership survey identified the massive negative impact of the lockdown on artists’ and arts managers’ incomes and advocated for immediate measures such as secure studio space for artists and easy-access, socially-distanced professional networking opportunity. In Germany, where 75% of artists recognise virus impacts irrevocably threaten practices and livelihood patterns, the strategic push is for more radical solutions such a new state-sponsored UBI (Universal Basic Income). Tsioulakis and FitzGibbon make a similar argument, recognising that in the performing arts, like visual arts, the precarity of individuals is both financial and emotional.

But in my opinion a UBI-type benefit is not without downsides for practitioners. Perhaps it’s inevitable when arts employers don’t see the wisdom of ‘doing the right thing’ for the individuals on whom the quality of public programmes rely that the state has to step in, as a last resort. But a difficulty arises when state benefits absolve arts policymakers and deliverers from taking responsibility for the livelihoods of practitioners over a life-cycle. My own research demonstrates that direct grants to individual artists from the arts funding system increases their power by fostering and equalising working relationships. Such an income from outwith arts coffers could have the negative effect of letting arts funders and organisations off the hook in terms of ensuring equality of opportunity by funding artists’ R&D – the essential ‘no-strings’ work that precedes finished arts products and services that arts institutions rely on for their own resilience.

Susan Jones is a doctoral researcher on the interrelationship between artists’ livelihoods and arts policy.

Great article! You've convinced me. Do you think the case is strengthened further if you add the layer of change in infrastructure? It looks likely that work and transport patterns will be shifting in the direction of local hubs too, as a resilience move after Covid-19.