A new academic report says that shifting cultural policy to enable people to be creative and make their own culture would be a fairer use of public funds and lead to greater equality. 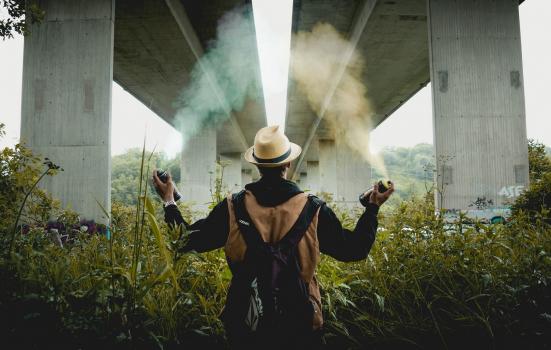 Academics are calling for a “radical” shift in the way the arts are supported and funded towards a focus on enabling people to be creative and make their own culture.

In a new report, King’s College London researchers also call on publicly funded arts organisations to become community hubs and empower creative citizens by giving them the freedom to “co-create versions of culture”.

They argue that such a shift would be a fairer use of public funds and would bring about greater equality in cultural engagement.

“It is by setting a new ambition for cultural policy – not only investing in great art and audience development, but also promoting cultural capabilities – that the UK can move, as it needs to, towards cultural democracy,” the report said.

The report, titled ‘Towards Cultural Democracy’, builds on a 15-month research collaboration with BBC Arts’ Get Creative campaign. The campaign’s aim to “celebrate and support the everyday creativity happening in homes and public spaces” forms the backdrop of the report.

It responds in part to the finding, derived from analysis of the DCMS Taking Part survey, that just 8% of the “wealthiest, whitest and most formally educated” proportion of the population makes the greatest regular use of Arts Council funded organisations.

The report follows on from the Warwick Commission, which advocated “celebrating everyday arts and cultural participation”, and the Arts and Humanities Research Council’s Cultural Value Project, which concluded the “evolving ecology of commercial, amateur, interactive and subsidised engagement needs to be better understood”.

The report presents a series of case studies that illustrate how individuals and groups undertake creative activities outside of formal arts settings and how their creative lives bridge ‘everyday’ non-funded arts activities, publicly funded arts and the commercial culture sector. One example is a break dancer who at various points in his life has trained in community centres, danced in an informal group that met at a shopping centre, taught in schools, been part of a professional troupe and worked for the Royal Academy of Dance.

Writing in AP this week, two of the report’s authors, Nick Wilson and Jonathan Gross, said: “People’s cultural lives often take place not only through highly visible organisations but through the connections between these organisations, local networks and informal spaces of many kinds.”

They are calling on funders and policy makers to recognise the interconnected and interdependent nature of the grassroots, funded and commercial cultural sectors, and to focus on supporting the whole cultural ecology in order to give people the freedom to create and engage with culture in the way they want – what they call cultural capability.

“Whilst much policy interest has legitimately focused on the unequal funding share of arts and culture across various socio-economic variables – including location, class and ethnic group,” they write, “we suggest that re-positioning the cultural policy agenda in terms of promoting cultural capability will help address issues of parity and fairness in a much more comprehensive and locally adaptive fashion.”

The researchers praise cultural creativity initiatives such as Fun Palaces and 64 Million Artists, the latter of which produced a report last year calling for Arts Council England (ACE) to create a new small grants fund to ensure ‘everyday creativity’ is embedded across society.

The report issues 14 recommendations aimed at policy-makers, funders and arts organisations. The first is to make “promoting cultural capabilities for everyone” a policy objective, across a range of national government departments and agencies.

The report goes on to recommend investigating what institutional arrangements are needed to deliver this objective and reviewing how it can complement existing policy directions and priorities.

It recommends making “an explicit, integrated cultural capability strategy” a requirement for all publicly funded arts organisations. The researchers advise arts organisations not to view developing such a strategy “as an additional bureaucratic hoop to jump through”, but say it should be seen “as part of the process of gently re-orienting all organisations towards fulfilling their potential roles in co-creating cultural democracy”.

They also recommend arts organisations “develop their own distinctive and context-specific
strategic responses to this shift in thinking about the cultural landscape”, and further collaboration with local authorities and non-arts groups, such as sports, entertainment, and community groups. They note that promoting cultural capabilities is dependent upon “a wide range of conditions and practices that are not all under the purview of the DCMS or ACE”.

“Ultimately,” they say, the report is “a call to collaboration: to work together to promote sustained and varied cultural opportunities in every neighbourhood across the UK”.

The researchers advise that more research is needed into how cultural capability can be supported and how the effectiveness of policies that prioritise it can be assessed.

It acknowledges that many individuals and organisations are already “deeply committed to a more democratic cultural landscape” and cites ACE’s Creative People and Places programme. It calls for further research to determine to what extent promoting cultural capabilities is already happening at a local level and how such schemes can be extended.