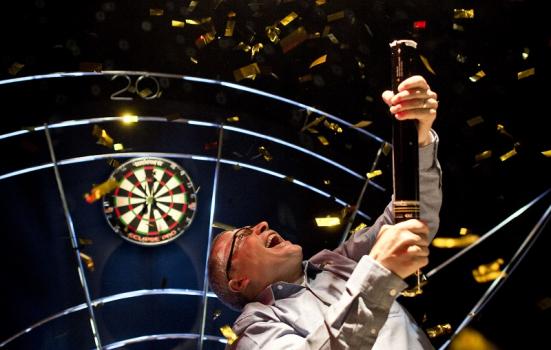 At Unfolding Theatre, we have been making and touring theatre since 2008, but before joining the Twine consortium – a Catalyst Arts-supported project – we had never raised any money through individual giving.

We began our Twine journey by talking with Gwendolyn Tietze, then the Director of Development at Birmingham Contemporary Music Group (BCMG), about her ‘Sound Investment’ scheme. It gives their audiences the chance to buy a ‘Sound Unit’ – a share in a new music composition, commissioned by BCMG. Donors get their names printed in the score, invitations to rehearsals and the chance to support their favourite composers directly. It’s a great idea, with a brilliant title, and it has grown with the company over its 25-year history.

What we found out about our audiences and the relationships we built, felt like the real value

And yet, when Gwendolyn talked about the time Sound Investment takes to manage, against the cash total it raises, she said it didn’t really add up. In cash terms, her time would be more effectively spent on trust and foundation applications. However, Sound Investment’s value is more truly understood when it is thought about as audience development. Their donors are exceptionally committed audiences, advocates and vocal supporters of BCMG. They genuinely, and rightly, feel part of the company.

When we started running our own individual giving campaigns, it was with this spirit in mind. We wanted our supporters to feel part of Unfolding Theatre.

The cash totals we raised in each campaign (£1,000-£2,000) represented about 1-2% of our annual turnover. The money genuinely helped us make our theatre productions. However, what we found out about our audiences and the relationships we built, felt like the real value.

If you had asked me, before we launched our crowd-funding campaigns, to predict who would donate and how much, I would have been totally wrong. Of course, there were close friends, family and company supporters who I expected to donate, and they did. But there were all these other people too. People who we’d never realised valued Unfolding Theatre so much. There were a lot of young people donating, even though I knew they didn’t have a huge amount of money to give. This made their donations feel even more valuable. The whole experience left us feeling richer by revealing who our supporters were, and how strongly they felt about the company.

Saying thank you felt very important. We loved it when one of our donors tweeted a picture of their handmade thank you card, saying, “Look what arrived in the post! This is how to look after your donors!”

It also felt important to create a space where we could get together with our supporters. We created a project supporters club, called ‘The Shards’, and ran a preview event inviting them to see work-in-progress on our production, ‘Lands of Glass’. The conversations we had with our donors about our work-in-progress, ideas and ambitions really helped us shape the show artistically. While it’s very difficult to prove, I’m sure their advocacy had a big part to play in the finished show selling out many of its tour dates the following year. They really were part of the company.

Out of the many donors giving between £5 and £150, one or two emerged with offers that made a significant difference to Unfolding Theatre’s future. Again, this was about more than the cash that changed hands.

An example would be xsite architecture’s Tim Bailey. He’d been a company supporter from the start and donated to our crowd-funding campaigns in 2012 and 2014. In 2013, he asked if Unfolding Theatre wanted to move into his building, Foundry Lane Studios. For the first time it meant we had a secure long-term office. It meant we were working surrounded by other creative businesses. All of this for a generously subsidised rent. Over the past few years, we’ve been jointly commissioned to run two creative projects in schools and communities together. This year Tim joined Unfolding Theatre’s board. He has also offered a 50% rent rebate, as an ongoing donation to the company, that we can use as match funding towards our projects.

The right approach for us

Somebody once said to me that Unfolding Theatre is great at networking with potential donors. They followed it up by saying, “Maybe it’s because you don’t ask them for cash all the time”. That comment made me think a lot. Perhaps we were taking the wrong approach. Perhaps we should ask for donations more often than we do. But perhaps not. Perhaps the real value of our supporters is revealed when we don’t limit them to showing their support through cash donations.

We’ve clearly had a great experience of individual giving. Even though it makes no sense, in terms of the time we’ve put into it, when judged only in financial terms. This shapes our ambitions for the part individual giving might play in Unfolding Theatre’s future. Of course, we’ll work hard to see it grow. As our audiences continue to increase and some of those younger supporters start earning more money themselves, hopefully this will translate into more and bigger donations.

In our future, I have no doubt we’ll have some lovely surprises from generous supporters. I have no doubt we’ll have some particularly successful fundraising campaigns. Yet, I also have no doubt that individual giving will remain a relatively small percentage of our cash turnover. I’m not being pessimistic when I write this. I am confident that Unfolding Theatre’s future donors will be some of the company’s greatest strengths. They will book tickets, tell their friends, speak out for us when we need support, commission us, join our board, help us to shape our ideas and realise our ambitions. It’s just that I suspect the cash value of their donations will be a poor measure of the real size of their support.

To be honest, I’m not sure we’d want it the other way around.

This article, sponsored and contributed by Twine, is part of a series exploring the fundraising challenges faced by small touring theatre companies.

Don't run at it
A sound investment
One coin, two sides