Optimism with a side of caution

Nadine Dorries is a gift horse the cultural sector shouldn't look in the mouth. 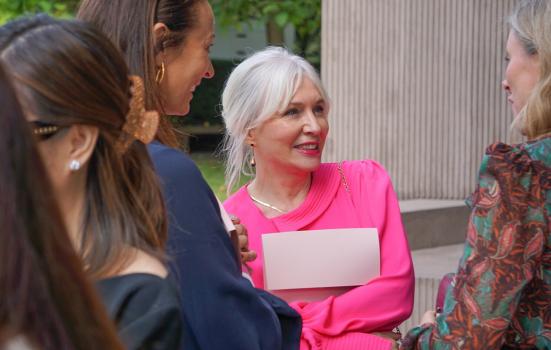 At long last, one of the arts sector's wishes has been granted.

The role of Culture Secretary has been treated over the past decade as a stepping stone. Ambitious ministers spend a year or so getting to grips with a varied and complex portfolio before they are moved on.

Perhaps for the first time since Ed Vaizey was Culture Minister in 2014, we've got a titleholder with demonstrable interest - and some experience - in the cultural industries.

Nadine Dorries proved she shares the sector's concerns this week when she, however bluntly, challenged the historic class divide that makes forging a creative career twice as hard for those from working class backgrounds.

Dorries rightly identified that privilege makes success in the arts more likely but lost credibility when she took aim at cronyism that affords greater opportunities if "your dad is the head of Sky".

Considering she once gave her daughters jobs in her parliamentary office, the cultural sector would do best paying attention to Dorries' actions more than her opinions.

However, we shouldn't look a gift horse in the mouth. Class is a more entrenched issue for the arts than in other industries, one that that innumberable apprenticeships have so far failed to fix.

Indeed, the Creative Industries Policy & Evidence Centre estimates no measurable progress has been made over the past seven years (or seven culture secretaries).

One hopes they will make head way where many similar schemes have not - perhaps a Culture Secretary with a passionate take on the problem will motivate industry to change its practices.

His predilection for a soundbite aside, it is clear the interventionist approach he spearheaded is far from over.

Dorries' desire to dismantle elitism is likely to extend beyond issues of class to institutions and professions she believes are populated by "liberal snowflakes".

Whilst she may only support a rather specific definition of diversity, Dorries says she wants to address the class divide and organisations should seize the opportunity.

If her predecessors are anything to go by, she may not stick around that long.