‘Socially closed’ arts sector may be contributing to UK’s divisions

The liberal, left-leaning values of cultural workers leads to “a divergence in worldviews between those tasked with representing the nation to itself, and those who inhabit it”, reports Adele Redmond. 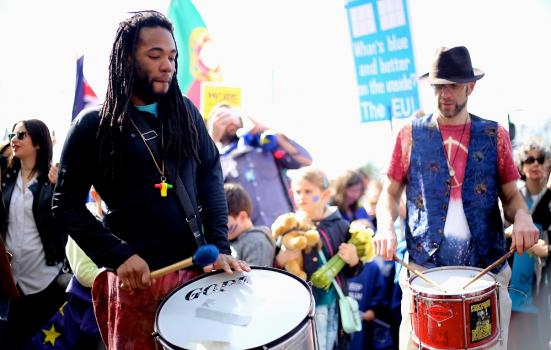 The Freedom of Expression survey’s findings that the arts sector is intolerant of opinions and attitudes outside of the accepted consensus are supported by recent academic research. A study by researchers at the University of Bristol, University of Sheffield and Edinburgh College of Art says arts and cultural workers are “among the most left-wing, liberal and pro-welfare of any occupations and industries” in the UK, even after socio-demographic factors are accounted for.

The results suggest that “cultural producers, tasked with interpreting and representing cultural memory and the cultural present, share a distinctive worldview setting them apart from much of the British public”, say the authors.

They conclude that the predominance of liberal and left-wing views may contribute to the sector’s “social closure” and wider social divides.

What's more, the liberal, pro-welfare and left-wing orientation of the arts sector cannot simply be attributed to higher rates of education and professional employment: “Differences between arts workers and people working in other sectors increase once other variables are controlled for”.

The authors say that “occupational cultures constitute an important, under-recognised source of social and cultural division … The role of cultural production in shaping values has particular salience given current social and political divisions. These are most obviously crystallised in the example of the UK’s referendum on EU membership.”

The research analysed results from the British Social Attitudes survey to compare the attitudes of cultural workers to those in other sectors in three ways. These were whether were liberal or authoritarian, whether they supported welfare, and whether they had left- or right-wing political values.

Arts workers were found to be the most liberal sector in the UK, followed by ICT workers, domestic workers, extraterritorial workers such as diplomats, and those who had never worked (including students). The results “imply that the ‘arts worker’ difference holds even after accounting for education, gender, ethnicity and religion of upbringing,” say the authors.

The modelling also found that arts, entertainment and leisure workers were the most left-wing – although not significantly more so than workers in other industries such as water, transport, hospitality, administration, education and health.

And contrary to most managers, who skew anti-welfare, managers in the cultural and creative industries were likely be pro-welfare – even more so than people who had never had a paid job. However, they were not significantly more likely to be left-wing overall, holding “similar economic left-right values” to people in managerial and professional jobs outside the sector.

The “distinct” occupational culture of the sector was found to be reflected in the political behaviour of its employees. Analysis of data from the British Election Study found that workers in the creative and cultural industries were significantly more likely to have voted to remain in the European Union, and to undertake civic activities like petitioning, striking, public demonstrations, contacting elected representatives and making political donations.

This was especially true of professional and managerial culture workers: the modelling predicted that these engaged in about a quarter of an activity more on average than professionals in other sectors.

The researchers said this is notable because it is about half the size of the ‘graduate effect’ – the difference in political participation between those with a degree and those without qualifications – which is “generally considered large”.

Based on this, they conclude that cultural workers “appear to possess greater political efficacy” that the rest of the population.

The authors acknowledge that the finding that cultural workers tend to be liberal and left-leaning "may not be wholly surprising". But they say it is important to interrogate the relationship between the attitudes and values of these workers and the representation bias that other studies on the sector have found.

They speculate that the sector's predominant worldview may be more effective as a way of gatekeeping entry to the workforce rather than bringing about genuine change:

“Are cultural workers’ values irrelevant to the type of culture produced, because the political economy of production is more influential? … If this is so, then we might see liberal attitudes as a key criterion for entry to cultural work while indicating that these same attitudes and values are insufficient for challenging and changing the inequalities underpinning the public concerns increasingly voiced.”

The researchers hope the finding will prompt new interrogation of the “paradoxical divergence between values and representations”.

Climate change needs more than lip service
Optimism with a side of caution
When best intentions backfire?
Masking for a friend
Choosing care over censorship
Time's up for conservatoire culture
‘Socially closed’ arts sector may be contributing to UK’s divisions
Crisis or opportunity?
“We surprised ourselves”: Exit Interview with Judith Knight