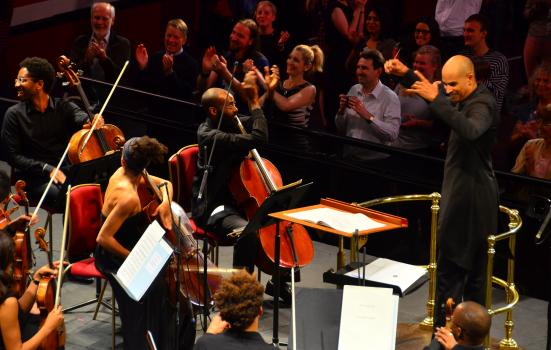 Five years ago this week, MPs were warned that classical music was becoming "a white middle class thing".

Who's on stage is often reflected in who fills the seats - an entrenched and vicious cycle many in the sector are doggedly trying to rectify.

If diversity of audiences is the goal, English Touring Opera (ETO) was too hasty in ending contracts for 14 orchestral musicians. Like 75% of Arts Council England's National Portfolio, ETO received a 'met' rating in last year's Creative Case for Diversity. There are other larger companies that should be more concerned.

But workforces are perhaps harder to shift. The quality of data we have is poor, but we know at least 43% of artists working for portfolio organisations are White, 38% are straight and 54% identify as not having a disability.

Diversity is actually greater among National Portfolio Organisations' contracted musicians. 39% are White, 26% are straight, and 40% non-disabled, according to ACE's data.

In trying to align itself  with what it thought the council wanted, the ETO shot itself in the foot. ACE, sensing a scandal, has distanced itself from the opera's actions whilst continuing to advocate for a transformation in the sector's workforce.

ETO Director James Conway has acknowledged the need to prioritise diversity in an artform that is too often dominated by people of privilege.

The opera is not insensitive to freelancers' needs. It paid 67 of them in full for its cancelled Spring 2020 tour, and the good news is several new faces have been offered work with ETO for the first time.

But its decision means a group of mid-to-late-career musicians who have long relied on the opera for work will be thrust into an unpredictable winter just as income support draws to a close.

The opera hasn't answered questions about whether it fully replaced the old guard, raising concerns that diversity is being used to justify a clear out.

The Musicians' Union put it best: "[This] clearly works against creating an inclusive environment for more diverse musicians."