“We surprised ourselves”: Exit Interview with Judith Knight

Forty years after founding Artsadmin, departed Director Judith Knight has just one regret: “it’s the most boring name for a company that’s ever existed, probably.” 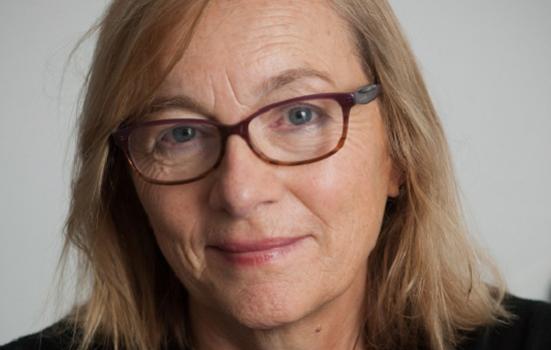 When Judith Knight and her Oval House Theatre colleague Seonaid Stewart started Artsadmin they had no money, no business plan and “an office the size of a cupboard in Clerkenwell”. It was 1979.

Knight says its hard for some people to imagine the challenges of connecting artists in that pre-internet time, when funding was siloed and collaboration wasn’t one of the sector’s buzzwords. But decades on, the organisation persists as a keystone of the arts ecosystem.

Rarely in the spotlight, it has nonetheless been integral to thousands of productions and careers, including those of Station House Opera, Impact Theatre Co-operative, Graeme Miller and Heather Ackroyd.

Knight says she and Stewart got lucky early on. They picked the right artists to work with – “the ones I wanted to get out of bed to help” – and some of the projects they supported were soon taken to Europe, giving the fledgling outfit a much-needed income.

“We struggled and struggled on for a long time but we were lucky to have those introductions to the European theatre world and we lasted. We surprised ourselves that we were still there five years later.”

It was then that Artsadmin secured a £2000 Arts Council England grant – it had previously been declined direct funding on the basis that artists it supported could pay them – and Knight realised that it she didn’t succeed, it would be the artists who suffered.

I look back and think, that’s really good work. You don’t think about the struggle of getting it to happen

“Riches from heaven” came in the form of a £2.5m lottery grant in 1995 that allowed the charity to secure a lease on its current Toynbee Studios until 2038. It was a gamechanger, Knight says, giving them an income apart from funding and the sort of respectability that bricks and mortar lend an organisation.

More importantly, the site facilitated the “cross-pollination of ideas” as Artsadmin expanded its team and creative focus.

“Looking back, it’s interesting how we have changed. We have done more site-specific projects, much more about climate change and the environment. Artists want to do more about the state of the world rather than just making something beautiful.”

In many ways, working with artists has become “more satisfying” in the past 25 years, Knight says. Fewer big productions tour and there is more opportunity to support a project throughout its entire lifespan – “we’re only as good as the artists’ projects we are producing in the end.”

Knight says her father used to ask her why she only wanted to work with people who couldn’t pay, but it’s that emotional investment which has sustained Artsadmin through decades of financial uncertainty.

“I look back and think, that’s really good work,” she says. “You don’t think about the struggle of getting it to happen.”

There was one misstep, though: “the name Artsadmin I regret – but that wasn’t my choice. We called ourselves administrators [back then], all of us who worked in theatre. We do budgets but we do everything else as well.

“We like to be right on [projects] in the beginning. It’s that satisfaction of being right on the very, very beginning and then seeing it happen – that’s extraordinary.”

Despite the difficulties she faced, Knight believes starting the organisation would be a lot harder now than in the 1970s.

Rising costs in London, the constant threat of climate change, and uncertainty over Brexit are causes of stress without simple solutions, she says:

“It’s not just the money [from Europe]; the money is great, but it’s the relationships we built with partners over a number of years. I feel that we might be edged out a bit if Brexit does come to happen. If you run a festival in Greece it will be much easier to hire a company in Poland.”

Knight says more sectoral support for young producers would be useful – “when you’re on your own it’s really hard” – but notes artists have more flexibility now in how they are produced, and who produces them, than ever before.

Arts organisations need to think hard about what the future will hold to adapt their ways of working: “look forward as much as you can.”

Judith Knight is the Founder and former Director of ArtsAdmin