There are better ways for the arts sector and its funders to tackle the climate crisis than slipshod data collection. 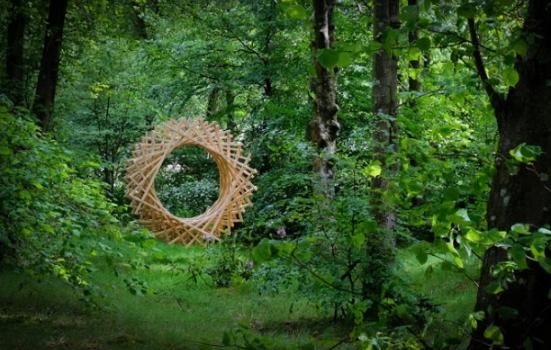 Corners of the arts sector have been busy of late with COP26, the international climate change conference under way in Glasgow.

The Arts and Humanities Research Centre has collaborated on science-y sculptures to mark the occasion. Creative Scotland is leading a series of events "to stimulate long-term public engagement in climate change", and Wales Arts International is hosting an online talk, "bringing the cultural sector together to discuss our role and impact on the climate crisis". A whole website dedicated to culture at COP26 lists 100 different workshops, film screenings, activities and residencies.

Julie's Bicycle CEO Alison Tickell is chairing a session at the UN conference that "explores the vital role that arts and culture must play in climate transformation", with the backing of Arts Council England.

It is disappointing then that neither organisation has commented on why a fifth of National Portfolio Organisations have failed to report their carbon emissions each year without consequence.

Doing so has been a condition of funding for eight years, yet some have managed to fly under the radar year after year.

With notable exceptions, arts companies sometimes think of themselves peripheral to tackling climate change, that their role is in convening conversations more than cutting carbon footprints.

Perhaps this is fair. Artists communicate the urgency of the climate crisis through their work and organisations invest their resources and reputations in supporting them. Just ask Antepavilion, raided by police in June over its tenuous links to Extinction Rebellion protesters.

But what certainly doesn't help the environment is lip service.

Believing cultural organisations' role starts and ends with discussion is a slippery slope that leads to one particularly galling example: the Science Museum. Director Ian Blatchford's line about not shutting its fossil fuel-backed sponsors out of the conversation would hold water if they weren't paying the bills.

While it's encouraging to see most NPOs report their carbon emissions - and about a fifth manage to cut them - data collection alone is not enough. For many small, touring and non-building based companies, it's not even within reach.

A report into arts organisations' engagement with previous COPs might provide an alternative avenue. It recommends sustained collaboration and co-production with environmentalists, activity that improves practices within organisations and their wider communities, and engagement beyond the COP season.

Culture can play a role in tackling climate change; it starts with changing our own.

Climate change needs more than lip service
Optimism with a side of caution
When best intentions backfire?
Masking for a friend
Choosing care over censorship
Time's up for conservatoire culture
‘Socially closed’ arts sector may be contributing to UK’s divisions
Crisis or opportunity?
“We surprised ourselves”: Exit Interview with Judith Knight