Time's up for conservatoire culture

Drama schools would do well to interrogate their practices and culture now before the calls for reform begin. 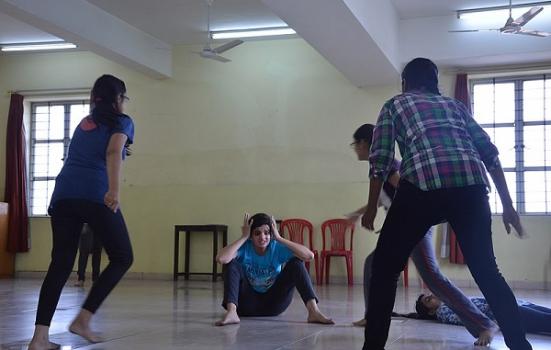 This week, ArtsEd became the fourth drama school in a fortnight to launch an inquiry following claims of historic misconduct by staff.

The allegations made by students there and at Guildford, ALRA and East 15 range from inappropriate comments and teaching tactics to unwarranted touching and flat-out sexual assault.

These stories, while shocking and saddening, are not surprising: this has long been a pattern in conservatoires where tutors with god-like status push young, ambitious and eager-to-please actors to express vulnerability in a closed and oftentimes secretive environment.

You need only read the testimonies of former students who say rehearsing naked was normal practice as recently as 2015: "One teacher in particular used to say that we shouldn’t tell people what we did because 'they wouldn’t understand,'" one told The Telegraph. "Looking back, I can see that the boundaries were trained out of us."

And the problem isn't limited to sexual harassment. ALRA has only just completed an internal review that found it cultivated a "humiliating, hostile and exclusive" environment for students of colour for many years. Drama Centre London is being closed over courses that led to significant mental health issues and "arguably overly close" relationships between students and staff.

Why are conservatoires such breeding grounds for abuse? Theatre critic Dominic Cavendish, who has uncovered many of the recent allegations, blames the "permissiveness" of the sexually-liberated 1960s. Sociologists point the finger at gender inequalities and power imbalances that have allowed male tutors in particular to harass with impunity.

Lyn Gardner at The Stage says drama students should be given safeguarding training so they can "recognise red flags in a rehearsal room that currently often go unnoticed".

This puts the onus of responsibility in the wrong place. Students see the red flags; they don't feel empowered to do anything about it.

Back in 2018, one in five theatre students reported experiencing sexual harassment. The Federation of Drama Schools responded to these worrying figures by asking its members to sign new "ethical guidelines" - a four-paragraph statement that offers no concrete actions, just commitments to focus on consent and 'clarify and refine' the individual sexual harassment processes each school already had in place.

But for all the safeguarding policies and "zero tolerance" stances, there is nothing to suggest conservatoire culture has changed significantly in the past three years.

While all the latest allegations predate 2018, conservatoires would be remiss to assume they have done enough to keep their classrooms clear of questionable conduct or convince students their concerns will be addressed in a sensitive and timely manner.

The ballet's former Principal Dancer was recently convicted of repeated sexual assaults against four students aged between 16 and 18.

The company says it didn't know about the incidents at the time, but that's not the point.

In the seven years in which the assaults occured, none of those girls felt comfortable telling the institution that had a duty of care towards them.

Time will tell whether the same is true of students at ArtsEd, ALRA, East 15 and Guildford - or whether their complaints were swept under the carpet.

All conservatoires, regardless of whether they are facing allegations now, should ask themselves who it is they are really safeguarding.

When best intentions backfire?
Masking for a friend
Choosing care over censorship
Time's up for conservatoire culture
‘Socially closed’ arts sector may be contributing to UK’s divisions
Crisis or opportunity?
“We surprised ourselves”: Exit Interview with Judith Knight