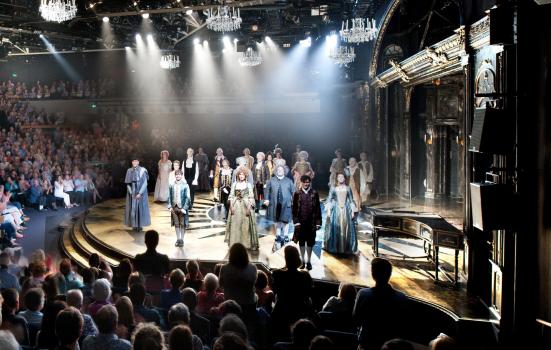 A curtain call for Amadeus
Photo:

As an arts marketer your mission is to keep audiences engaged. Part of that means sending the relevant content to the right people to encourage a purchase. And with a limited budget, every campaign needs to perform.

So, what do you do with those email subscribers who simply won’t engage? That’s the challenge Caroline Aston, Audience Insight Manager at Chichester Festival Theatre, wrestled with when designing her latest campaign. There are many ways to tackle disengagement, but Chichester’s approach has been both bold and forward-thinking.

Rather than continuing to email everyone on the mailing list, Aston and her team decided to remove all the unengaged customers – that is, proactively unsubscribe everyone who wasn’t engaging with the theatre’s emails. Just because someone has signed up to an email list, it doesn’t mean the organisation is top of their mind. Targeting passively interested prospects muddies your data with unengaged subscribers. This drives down open and click-through rates, as well as the return on investment of the overall campaign.

So, Aston and her team decided to restrict emails to people they had a chance of engaging with. A risky move? Here are the steps they took – and the results.

First, they needed to define their non-engaged customers. They identified customers based on both their booking behaviour and email engagement, using the Customer List tool in Spektrix to create a segment of customers who hadn’t opened an email since September 2015.

Aston said: “We excluded those that had created an account in the last six months. The rest were obviously not engaging with email, so we decided to stop clogging up their inboxes and save ourselves some money.”

The initial list of non-openers translated into at least 18 months of non-engagement. In total, they amounted to nearly 10% of the theatre’s mailing list. A significant number, but in terms of database cleansing, efficiency savings and customer preferences, it made sense.

Provide an opportunity to re-engage

It would have been easy just to update the contact preferences for these customers to save on mailing costs, but one measure of success would be the number of re-engaged subscribers.

So rather than just deleting dud records without notice, the theatre segmented them in the database as non-engagers, which they did by applying tags in bulk in Spektrix. They then applied further tags if they responded to the final campaign, for example, by choosing to sign back up to mailings. This made it easy to track the future behaviour of this pool of people and measure the impact of their efforts to re-engage them.

Aston sent these customers one final email to let them know they were being unsubscribed, but also provided the option to re-subscribe. At the same time the email was sent, the customers were unsubscribed from the mailing list and tagged for future reference. Any customers who wished to re-subscribe could click the link in the email, taking them to a page on the website confirming they were back on the mailing list.

Links in emails are trackable in Spektrix Customer Lists, so customers who had clicked the link and updated their records could be added back on to the mailing list. These were also tagged as re-subscribers, meaning their future engagement and booking behaviour could be tracked.

To wrap the campaign, Aston’s team sent two additional follow-ups to non-openers just to be sure that every customer had the opportunity to re-subscribe if they wished to. After that it was a case of waiting to see what, if any, response there was.

In total, 3% of customers who were originally unsubscribed requested to be added back on to the mailing list. More interestingly, 44% of those re-subscribers have since opened subsequent emails, showing clear re-engagement with the theatre, while 14% have gone on to make a purchase, having previously not booked for at least a year.

An annual review of non-openers is now in place as part of the theatre’s data audit plan.

There are many techniques for re-engaging quiet subscribers and keeping data up to date. Chichester Festival Theatre has shown that a yearly cull with an option to re-engage can work wonders. Or if you prefer to keep your communications options open with unengaged subscribers, consider tagging them for removal from regular mailings – only contacting them when you’re sure you have an offer they won’t be able to refuse.

Regardless of which approach you take, make sure you engage the wider team, including development. While someone on your list might not be showing obvious signs of engagement with marketing, they might be supporting the organisation in other ways – so you don’t want to suddenly fall silent.