Giving circles and the arts

Philanthropy is sometimes described as a ‘privilege’ of the wealthiest. But, as Michelle Wright argues, research suggests that giving circles can provide a meaningful and empowering experience at all levels. 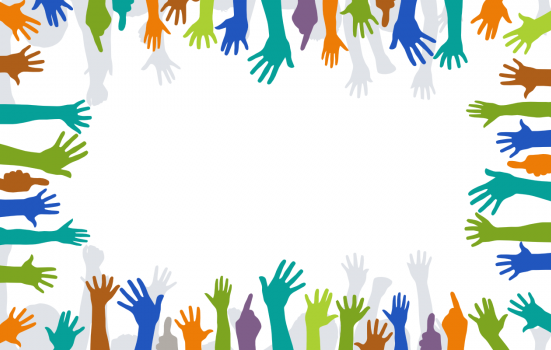 Many of our audience strategies in the arts are focussed on current populations. Yet we only need to look ahead 10 years to 2031 to see the pace of demographic change. For example, life expectancy will continue to increase, 11.3 million people will live on their own and ethnic populations will make up 15% of the population in England and 37% of the population in London.

These projections have urgent implications. For those arts organisations with well thought through education programmes, we can hope to see changes in audience profile in the coming years. However, for fundraisers, it can be difficult to know how to grow giving without expending vast resources to engage with particular communities that may have previously been excluded from the arts.

The rise of the giving circle

One way into giving from non-traditional arts-based communities is via giving circles.  A giving circle is a form of network philanthropy where groups of individuals donate their money and time to establish and run a funding ‘pool’ and then as a group decide where to give funds away.

This type of philanthropic support is flat in structure and democratic. Groups of people come together to fund something that is important to them, which in turn strengthens their commitment, having a self-reinforcing effect. A great example is the Philadelphia Black Giving Circle, which aims to cultivate charitable giving amongst the black community.

In fact, variations of this type of community support have been around for many years such as Ayuuto, a savings model found in the Somali community. Between 10-15 Somali women will pool a significant amount of money, around $1,000/month for about a year. Each month, one woman from the group receives the entire amount in that pool to apply towards the purchase of a car or start a new business.

Traditionally in the arts, we have institutional giving circles, such as the Chairman or Artistic Director Circles, which we see at organisations like English National Opera and the V&A. The annual membership is around £10,000 and provides benefits such as priority booking and special previews. For the most part, these circles are like any other membership scheme, offering set benefits in return for a fee.

Another model is the facilitated giving circle such as those developed by organisations like BeyondMe or the Suffolk Community Foundation. These help people to establish a circle, set goals and connect them to causes.

But the main interest at Arts Fundraising & Philanthropy, is the self-initiated giving circle. These are (usually) small groups of friends (or other closely connected social networks), who may meet in living rooms or pubs - such as Kew Group in South London (where members give c.£50-100 per month) or Give Inc in Ireland (where members give £1 a day) - to discuss which causes they want to support.

These self-initiated giving circles have a variety of dimensions – offering their members enjoyable social interactions, intellectual stimulation and satisfaction, as well as the opportunity to learn and deepen understanding of community issues. The groups set their own rules and decide what is important, free from the direction of an institution.

Giving circles can range in size from a handful of members to several hundred. Funding is usually given to multiple organisations and projects, although some support one particular cause or charity.

The structure can be informal or formal. On the informal side, circles may vote and choose an organisation to support and each member contributes. Formal circles may have their money housed at a local community foundation, the Charities Aid Foundation (CAF), or set up a bank account.

Despite being spontaneous and informal, independent giving circles develop their own system of self-imposed rules, such as having an all-female membership, agreeing a set amount that each will give, how often the group will meet and determining which causes the group will and won’t support.

Who makes up giving gircles?

Collective giving or network philanthropy is relatively unchartered in the UK, with most charities focussing on individual relationships (e.g. between a philanthropist and the charity). However, we have seen the rise of great examples of community action and giving, such as FoodBanks, with 2,000 local branches nationwide, run by volunteers predominantly through Christian churches, but supported by other faiths, such as Muslim and Sikh, or those with no faith allegiance.

A 2007 survey of 160 giving circles in the US, More Giving Together found they had leveraged nearly $100 million. Nearly 12,000 people took part in the 160 giving circles surveyed. This suggests that an average annual amount given could be around $1,000. The research said, “popularity of giving circles is also growing among racial, ethnic and tribal communities as well as in the gay and lesbian community”.

In the UK, data are lacking, but looking at those participating in giving circles led by BeyondMe, the average giving amongst this group was £1,000, representing at most 2% of post-tax income for these mostly young, wealthy, city professionals.

Eikenberry’s 2009 report addresses charities’ fears that giving circles may divert funds away from them and towards other causes. She says “research shows that giving circle members tend to give more and give more broadly as a result of participation, rather than shift their giving”.

The institutional loss of ‘control’ over giving programmes is only a perceived threat because organisations don’t have much control over giving choices to start with. In fact, grassroots philanthropy could be an incredible way to build better philanthropy cultures across diverse communities across the UK.

In November 2019, Arts Fundraising & Philanthropy hosted an event on the value of networks, which supported Akulah Agbami, Director of to deliver three days of fundraising training across the Black* Artists on the Move network. Akulah said that in addition to supporting the development of professional fundraising skills, they wanted to emphasise network philanthropy: “We encouraged artists in different geographical areas to develop ‘funding circles’: whether they be monthly get-togethers in local libraries, online check ins, or peer-to-peer application critique groups. It is these networks that make us more resilient, foster new ideas and innovation in fundraising, and that ultimately will allow us to make more art”.

At Arts Fundraising & Philanthropy via our networks funding we are about to invest in a range of self-initiated giving circles in the area of the arts. If you are interested to apply for support to seed fund a giving circle, you can do so here.

Michelle Wright is CEO of Cause4 and Programme Director of the Arts Fundraising & Philanthropy Programme. (With thanks to Anna Pharoah for support with research.)