In implementing the levelling up agenda, the arts should pay attention to some worrying news on the legacy of Captain Tom, writes Michelle Wright. 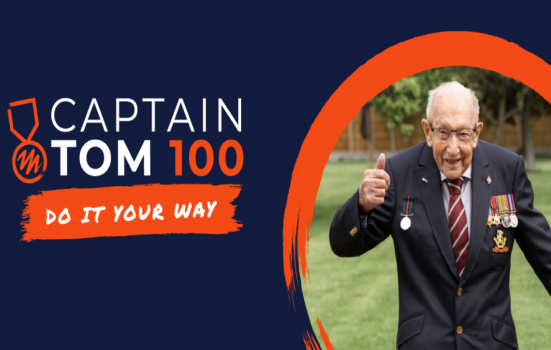 This phenomenal achievement led to all sorts of accolades and recognition, yet now, after the original funds have been distributed to the NHS, the subsequent charity that was formed, The Captain Tom Foundation, is under scrutiny by the Charity Commission for spending more money on management and administration than good causes.

The rush for new charities

There are well trodden arguments about the expected running costs and set up costs of charities, but the tragedy of yet another high-profile failure of charity governance is the damage it does to public trust in charities and the subsequent difficulties for the charity sector to raise funds.

In the case of Captain Tom, there were so many other ways to secure his legacy, for example, by creating a restricted fund within an existing charity. Running charities is hard and competitive, it needs good governance and trustees with a firm grasp of charitable law.

With 168,000 plus charities in England and Wales already, we frankly don’t need more charities, what we do need is to make our existing infrastructure work harder and better, and to upskill our trustees.

The arts and levelling up

In reflecting on news from DCMS in relation to levelling up in the arts and the redistribution of geographical funds in the new Arts Council England (ACE) National Portfolio 2023-2027, it strikes me that many arts organisations have either already fallen into the Captain Tom trap or are about to. This isn’t in relation necessarily to the set up of new organisations but our urgent need to make existing infrastructure work better.

When we look at ACE data about its funded organisations, half of the NPOs run publicly accessible buildings (47%). Unsurprisingly, these organisations have a significantly larger average turnover than those not running these buildings, i.e. obviously they consume more, more people, more heating, more lighting etc. In 2018/19, the average turnover of an NPO operating a publicly accessible building was five times larger than for those that did not.

Also unsurprising is the fact that the average earned or commercial income for an NPO with a publicly accessible building (approximately c.41%) is significantly larger than organisations without a building (c.30%). Yet as the last two years have taught us, earned income disappears when commercial activities have to be paused.

Naturally, when we consider how much of our income goes on maintaining and running buildings, it makes sense that comparatively our fundraising efforts are going to be less efficient.

Of course, our art needs to be publicly accessible, it needs to be available in safe and high-standard buildings. But there is a fine line to strike between the major capital appeal that is essential to secure the future of our existing buildings and to make them greener, as opposed to the ambition to create new space to serve a leadership agenda, an ego driven approach if you will – that sense that ‘we’ve made it if we’ve got a building’. In my experience, the drive for a space is rarely really rooted in an organisation’s communities and their needs.

The ego driven approach is so at odds with other urgent agendas, such as levelling up, environmental concerns and the like. It’s urgent now that we consume less, so when we consider levelling up and moving work outside London it shouldn’t be to create new centres and buildings but to share and make the most of those that exist already. Wouldn’t it be terrific if the new ACE portfolio maximised existing space, putting scarce resource into better governance, leadership and sustainability?

In my view, protecting our existing assets is essential but creating new ones, less so. We can create more efficiencies in our business models and in our fundraising. The post-Covid drive also surely needs to be to learn from the positives of our enforced isolation, to create sensible and measured ‘work from anywhere’ policies and support training and well-being packages for our exhausted and depleted staff.

The winners within the next fundraising round should be those that actively consume less, that share and collaborate and that remove their glasshouses to best serve their beneficiaries and achieve optimum engagement with their communities.

Captain Tom’s legacy didn’t need its own charity with overheads and buildings and nor do many arts organisations.

Michelle Wright is CEO of Cause4 and Programme Director of the Arts Fundraising & Philanthropy Programme.

I think the point about good governance is well worth making, but we see things differently about buildings here at Making Music, the UK association for leisure-time music groups. Our member groups need hyperlocal spaces to meet regularly in, e.g. village halls, church halls, schools etc., and these spaces are needed by all kinds of community activity for adults or kids, from the Scouts to the choir, the ballet class to the over-50s watercolouring, the youth theatre and more. This is not purpose-built arts infrastructure - it's about location, size, affordability, storage, flexible caretakers and number of chairs. But our groups also perform and that is where many of these 109 Levelling Up for Culture places fall down. For our recent submission to the DCMS Parliamentary Committee inquiry into Levelling Up, we received scores of case studies from our members about the lack of first class and affordable performance venues of any size in their areas. There isn't one in Cumbria, or Devon! And not having these venues not only prevents access for those residents to large scale professional work, it also clips their wings in terms of their own ambition. They'd like to put together their choir with the entire primary school, and an orchestra to perform Handel's Messiah, to take a popular example, but where is the venue which can accommodate that many people on stage AND enough people in the audience so they can break even on the event AND charge these volunteer-led self-financed groups an affordable hire fee? Spaces like Sage Gateshead (not that that is affordable any longer) are essential to encourage pride and ambition in the smallest community music group, and providing that infrastructure is something the groups can't do - the funding system does need to step in for that.
The levelling up agenda should be used to support and create venues in existing small towns and places left behind economically - venues are required because there is no current infrastructure - you get engagement and community cohesion when its orientated around a building in these areas - you only have to look at libraries to see this.